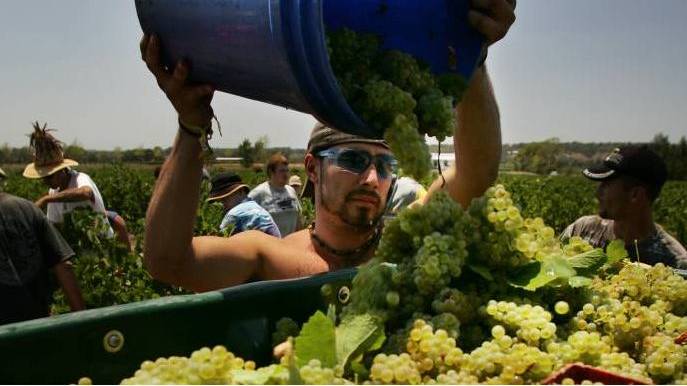 Grower groups say some industries are already reporting a 40 per cent downturn in picker applicants for the coming season, after a tumultuous 18-month review of tax on working holiday makers

Growers say rural Australia will be devastated by a cascade effect from labour shortage.

FARMERS bruised from backpacker tax confusion fear fully-blown rot could set in across regional Australia if a deal for our seasonal workforce is not secured soon.

Grower groups say some industries are already reporting a 40 per cent downturn in picker applicants for the coming season, after a tumultuous 18-month review of tax on working holiday makers, while one orange grower is four tonnes a day behind schedule.

But farmgate stress is only the beginning, according to Voice of Horticulture chair Tania Chapman.

“If farmers can’t get the fruit, they can’t fill their orders, they lose money, spend less on chemicals, fertilisers, machinery, transport, fuel, local employees… the whole region begins to feel it,” she said.

“Further delays will absolutely devastate rural communities in ways no-one has considered yet.

“The deal on the table is not perfect, but it shows us a way forward.”

There will no doubt be an increase in the price of locally-produced food. And if there is no local food, it will be 100pc imported what you see on the shelves. - Voices of Horticulture chair Tania Chapman

This week farmers across the nation raged at Federal Labor for delaying Coalition’s 19 per cent backpacker tax until at least November by sending it to a committee.

Among those was NSW Farmers president Derek Schoen, who said the move caused concern amongst growers whether there will be sufficient pickers for the upcoming harvest.

A sticking point for Labor was government’s decision to tie the tax to two other measures - a 95pc tax on backpackers’ superannuation, and a jump in the overseas departure tax for travellers by $5.

Opposition ag spokesman Joel Fitzgibbon said government “had a gun to the head” of peak farm bodies, and reported he was ‘inundated with calls from farmers’ concerned about Coalition’s offer.

“The fact is it has taken two years for government to get to this point and we were already losing backpackers before now,” Mr Fitzgibbon said.

However, Mr Fitzgibbon could not himself nominate an acceptable figure to tax working holidaymakers, only that Labor would consult with treasury on the costings, and reach a solution before the current sitting period was over.

Nor did Mr Fitzgibbon have an immediate solution for the farmers panicking about delays in the legislation, and where their labour force is going to come from in the coming months. 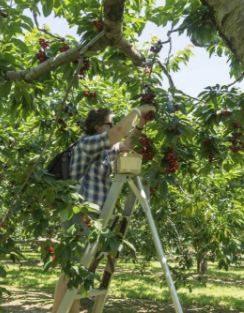 Ms Chapman says she needs to be picking 100 more 400 kilogram bins of oranges a day than she currently is on her Mildura farm.

“But I just can’t get the workers,” she said.

She said cherry growers had also seen a 40 per cent drop in applications for work this year, while there had been a jump in farmers applying for accreditation to bring in Pacific Islanders via the Seasonal Worker Program.

“They are fantastic workers but just as they have their strengths, there are tasks better suited to others,” she said.

“There’s a farm down the road from me that employs locals, refugees, seasonal workers, and backpackers. If they can’t get the backpackers, the fruit will go soft and they’ll have to start letting people go, first the refugees, then the Islanders, then the locals.

“The sporting clubs they are involved in will suffer, and the community takes another hit.” 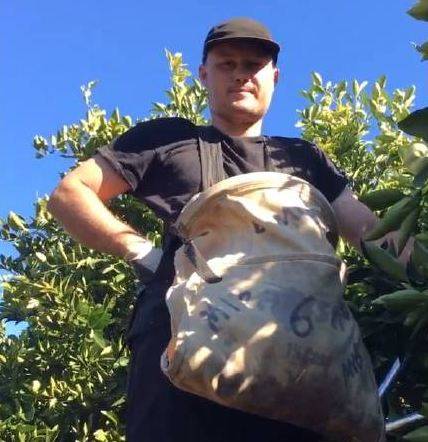 “In Orange at the beginning of this year during apple harvest season, there was an insufficient number of working holiday makers to fill the seasonal workers needed in the area,” she said.

“For some growers (shortage of labour) will mean having to undertake more tasks themselves to the detriment of their well being and risk workplace incidents due to fatigue.

“On the other side of the spectrum, shortage of labour threatens their livelihood. Farmers only get paid once or twice a year, during harvest. Price of the produce is affected when they are not able to be harvested at their prime condition. A compromised harvest season will have long term knock-on effects.”

Ms Chapman also said the effects would be felt by city consumers.

“You think I’m going to sell my produce for less if I’ve lost money producing it?” she said.

“There will no doubt be an increase in the price of locally-produced food. And if there is no local food, it will be 100pc imported what you see on the shelves.

“We’ve done well in Australia to secure some great trade deals recently, but it will be for nothing if we can’t actually bring anything to the table.”