Woolbrokers believe the record high declaration of animal welfare practices in wool production has been triggered by consumer pressure and a move to value-add clips. 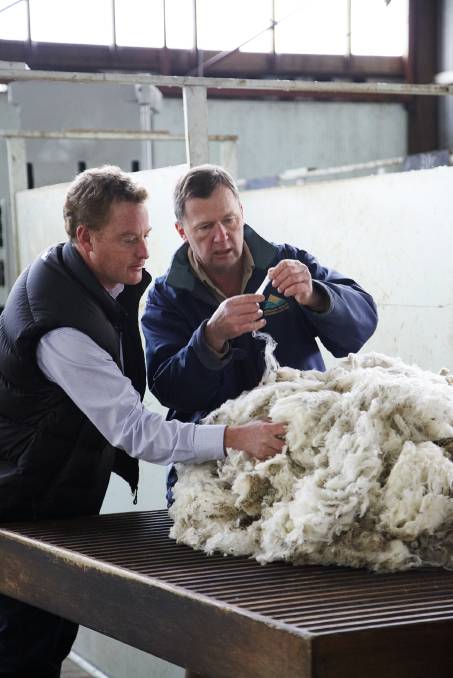 WOOLBROKERS believe the record high declaration of animal welfare practices in wool production has been triggered by consumer pressure and a move to value-add clips.

There was a dramatic 27 per cent increase in the number of wool bales declared using Pain Relief (PR) at mulesing which were offered in the season’s opening first quarter, compared to the same three month period last year.

The adoption rate of bales declared was up 12pc year-on-year to 59.5pc of First Hand Offered wool, which woolbrokers attribute to an industry-wide push for every bale to be declared.

“There has been an industry push to have more clarity around the status of the wool whether it is pain relief or from non-mulesed sheep because processors and exporters have orders that specify these requirements,” Elders southern wool sale manager Lachie Brown said.

“We’re pushing down to the grower that it is worth their while to declare and fill out the NWD so their wool has access to as much competition as possible.

“There are premiums in the vicinity of 30 cents per kilogram clean (for NM or PR status wool), but the potential for these increases depends on the right type of wool for the right order.”

In the first quarter of this season, the highest ever proportion of all the wool offered at auction had a PR, NM or Ceased Mulesing (CM) declaration at 37.6pc.

There was a nominal increase in the number of bales declared as Non-Mulesed (NM) in the first quarter of the season at 27704, up from 25794 in the same period last year.

The proportion of wool offered that had a declaration was at a record 60pc of the country’s FHO wool.

“I think broadly farmers are looking at ways they can add value to their clip and if it means ceasing mulesing, they’re entertaining the idea,” Roberts Tasmania wool manager Alistair Calvert said.

“We’re hearing of more people doing on-farm trials to prepare themselves for a time in the future they may need to cease mulesing completely.

“Growers are considering their options more with a view that over the next two to three years they can tailor their management practices and breeding objectives to achieve that.”

Mr Calvert attributed the increase NWD adoption rate to a greater reporting of animal welfare practices of crossbred wool, lambs and wethers, as well as an industry push for greater declarations.

He said demand for non-mulesed wool was outstripping supply.

“I recently spent two weeks in Europe and met with a number of customers and there is no doubt that the mulesing question was a red hot topic.

“Not all of what the Tasmanian Merino brand is doing is non-mulesed wool contracts, some is being filled with declared mulesed wools. Regardless of whether wool is declared NM/CM or not, downstream customers are looking for a traceable supply as a way of verifying their product.”

AWEX chief executive Mark Grave said the steady increase in the adoption of declarations was recognition the system was required.​