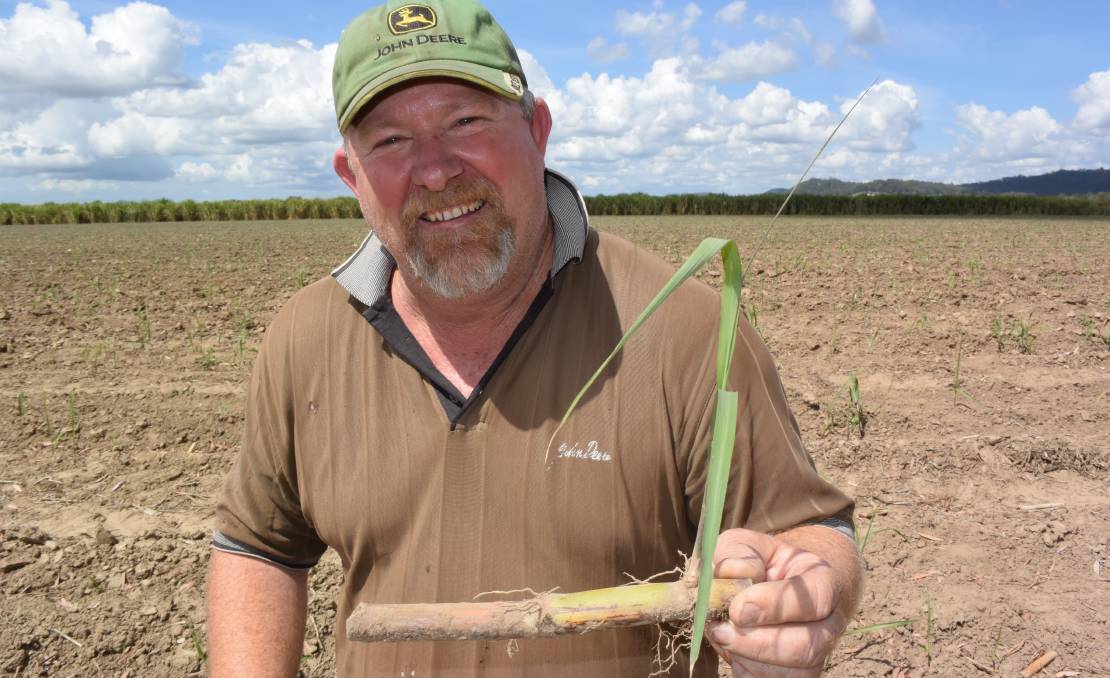 Shane Causley, Warregah Island on the Lower Clarence, has changed his approach to tillage for the better.

Fifth generation Clarence Valley farmer, Shane Causley, has avoided over working his sandy loam in favour of minimal till.

ON Shane Causley’s lower Clarence cane farm the spring planting is complete and he is finding himself at a loss for things to do.

It wasn’t always this way but a new approach to preparation has reduced the work while benefiting the soil, and the crop.

“We used to employ one man to rotary hoe ahead of planting but we no longer use that implement,” he said. “Now I can work more country with less. I look after 650 acres now and I reckon I could do another third again.”

Since 2013 Mr Causley, a fifth generation Clarence Valley farmer, now living on tiny Warregah Island, has avoided over working his sandy loam in favour of minimal till.

Pulling an Illinois-built Nifty-Ag strip tiller behind a 90hp John Deere tractor he can prepare 4ha an hour while burning 12 litres of diesel compared to the much slower rotary hoe which required 30l/hr worth of fuel. 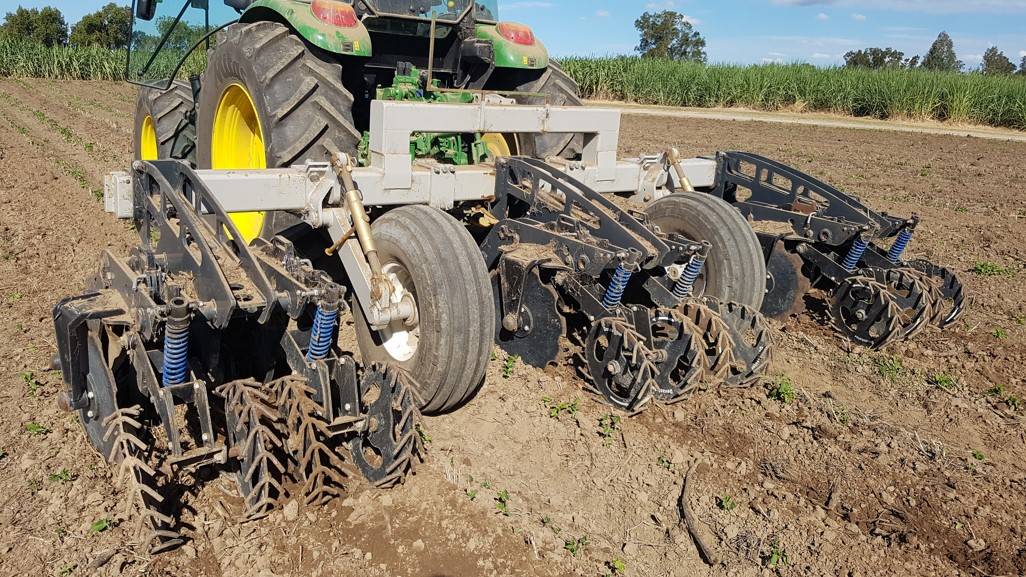 “The worst thing about the rotary hoe was that it destroyed soil structure and if we then got two inches of rain the ground went rock hard and I’d have to start all over again,” he said.

“Rain used to be my enemy. Now it’s my friend.”

“And if it rained we’d have to start again.”

With soybeans in rotation after the fifth rattoon the only work required is to strip till before planting beans.

“We made a few mistakes in the early years by trying to go all no-till but that didn’t work. The ground was too hard and the growth of beans too uneven,” recalled Mr Causley who was inspired to grow cane from his grandfather Sam.

His father Ian is best known for his unflinching involvement with both State and Federal Parliament.

Mr Causley adopted controlled traffic on his farm eight years ago and never looked back with all implements set on 1.8m centres or multiples thereof.

For example the cane planter is 1.8m wide between wheels, the strip tiller three times that and the harvester 7.2m.

“Everything matches,” he says. “The stool area remains soft and the wheel lanes hard.

“My grandfather used to say you will only bog as deep as you plough but in those wheel lanes we don’t plough and I can get back on the paddock a week before my neighbour.”

Mr Causley says his soft cropping area is now ‘more mellow’ and it is full of earthworms, a situation that didn’t exist in the days when soil was worked up to a ‘fine till’.

The soybean rotation also conditions his soil and he notices it is more friable after crop of beans.

CANE growers on the Northern Rivers are in a sweet spot with good prices, a favourable dollar and new varieties that are yielding impressive returns.

The bright space that growers connected to the NSW Sugar Milling Co-operative now occupy will make those tempted to switch to other crops – like macadamia nuts or rice – think twice before deserting their sustainably-certified co-operative arrangement.

Sunshine Sugar’s general manager, Ian McBean, says sugar production on the Tweed, Richmond and Clarence Rivers is a good news story that growers should continue to embrace – especially now with a net return on two-year old cane, after harvesting costs, realising up to $5000/ha.

Projected tonnage this year is expected to be around 2.2 million tonnes, double the low production year of 2012 which was hampered by weather.

Modern techniques like the use of controlled traffic, widely adopted in the last six years, and new varieties of cane like Q208 which averages 21t sugar/ha (compared to 13t sugar/ha in the old favourite BN83-3120) mean more bang for the buck.

The Northern Rivers sugar industry has been around since the late 1800s and has established its credentials as the most reliable and profitable crop long term to grow on the floodplains where the risks to other less resilient crops is significant, Mr McBean said.

“The sugar industry is a major contributor to the economy of the area and provides the community with employment opportunities, growth and prosperity.

“It is one of the region’s biggest employers with total direct and indirect employment in the region estimated at 2200 people including 450 mill and refinery employees and 650 cane farmers.