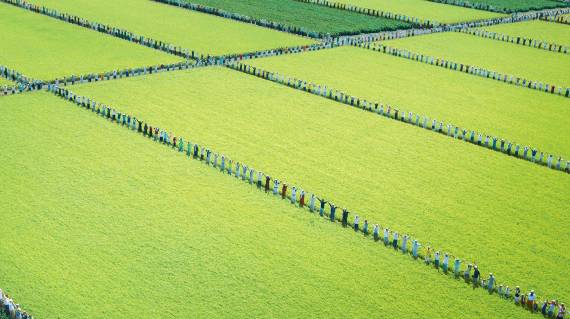 THE National Farmers Federation and Japanese agricultural organisation JA Zenchu will form a partnership to foster and promote agricultural innovation.

The announcement is part of an NFF project aimed at creating networks to link agricultural innovators in Australia and Japan and to drive knowledge, share information and to fund solutions issues derived form changing demographics.

The project is funded by the Australia-Japan Foundation, a cultural council established by the Australian Government in 1976 to increase awareness and understanding between both countries and to highlight shared interests.

Speaking at the NFF’s National Congress in Canberra today, NFF president Brent Finlay said innovation in agriculture was a key priority of both Japan and Australia in the light of increasing demographic challenges.

“This project aims to create networks that link innovators in the Australian and Japanese agricultural sectors,” Mr Finlay said.

“Both Australia and Japan define themselves through their iconic rural landscapes but demographic changes must be addressed.

“For example, the average age of industry participants in both countries has been consistently rising and farmers are now, on average, more than a decade older than workers in other industries.”

Mr Finlay said to mitigate this demographic trend, new farming technologies had been adopted in both Australia and Japan.

“Japan is a world leader in drone technology to distribute fertiliser and to plant rice crops, while Australia has rolled out new tools to enable precision agriculture,” he said.

“Innovative collaboration between the Australian and Japanese agricultural sectors could lead to outreach, engagement and education to drive future agricultural growth in both countries.

“We are delighted this project will bring together the peak representative bodies for agricultural producers in Australia and Japan.”