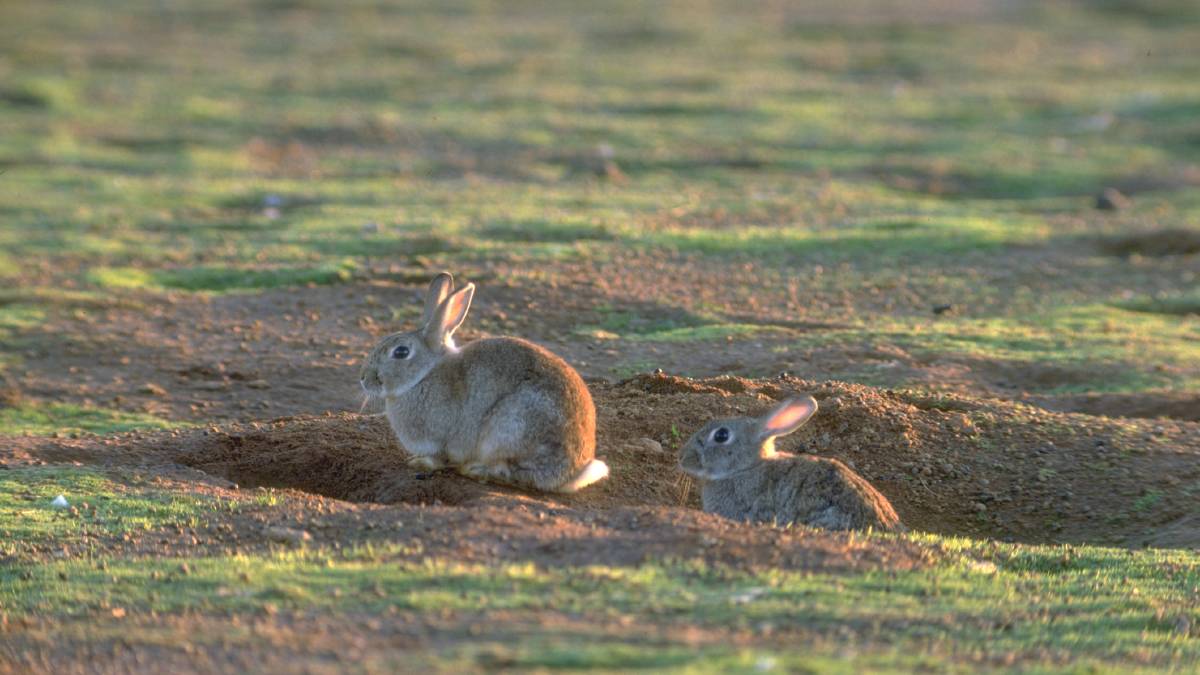 The biological control, a virus called RHDV1 K5, will be released in 2017 to control wild rabbit numbers across Australia.

A NEW weapon to fight the exploding wild rabbit population will be trialled at 418 sites across the country next year.

The RHDV1 K5 virus will be launched as part of the coalition’s $1.2-million campaign to research and develop new wild rabbit control methods.

Agriculture Minister Barnaby Joyce, along with community organisations, Landcare groups and government land managers will be participating in the national roll out of the virus.

The release of the  RHDV1 K5 virus follows the Invasive Animals Co-operative Research Centre’s (CRC) investigation into specific tools to minimise escalating rabbit numbers. They discovered this virus would work better in cool-wet regions of Australia, where rabbit populations have shown resistance to the existing RHDV strains.

RHDV1 K5 is one of the more humane methods of controlling wild rabbits. It is the new variant of rabbit haemorrhagic disease virus (RHDV1) and is better adapted to overcome the protective effects of the benign calicivirus detected several years ago in Australian rabbits.

“Australia has a good track record when it comes to the biological control of rabbits," Mr Joyce said.

“When we released the haemorrhagic disease virus in 1995, populations in arid areas of Australia, were reduced by 98 per cent,”

The trial sites for the virus have been announced. They include four sites near Armidale and Ebor, three at Inverell and Tamworth and two each at Ashford and Bithramere. Other sites include Atholwood, Castledoyle, Delungra, Gidley, Merriwa, Tenterfield, Uralla, Urbenville, Warrah Creek, Willow Tree and Woodenbong.

At Glen Innes 27 sites have been approved for the roll out. Two sites have been selected at Glencoe Pinkett, Ben Lomond, Red Range and Emmaville, with one each at Dundee, Nullamanna, Swan Vale and Llangothlin.

Mr Joyce encouraged everyone to get involved by downloading the RabbitScan mobile app and contribute to the national data set to monitor the spread of the virus.