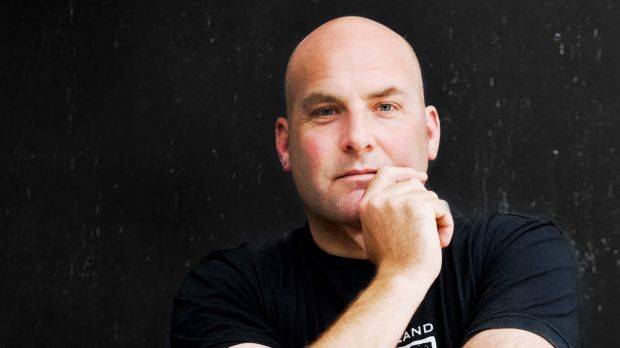 Does living by the beach and running a multimillion-dollar business sound too good to be true?

Moving to a remote island with no dairy farms and launching a cheese-making business doesn't sound like a particularly financially viable business proposition.

But that's exactly what Nick Haddow did when he fell in love with remote Bruny Island at precisely the same time he wanted to start his own cheese-making venture.

Haddow is one of a growing number of Australians deciding that home is where the heart is, and then working out how to make a crust in paradise.

Haddow opted to live on Bruny Island, which is 35 minutes south of Hobart and accessible via ferry. "It's a beautiful part of the world, but it took us years to work out that our business was actually a part of the local tourism sector," Haddow says.

Initially, he followed the traditional primary producer model, making products and selling them to the middle man to be on-sold.

Haddow was exporting as much as 40 per cent of his cheeses to the US at one stage.

"It was amazing to be recognised internationally, but we could have wrapped every piece of cheese in a $5 note, we were losing that much money in the process."

Meanwhile, Australians who had visited Bruny Island and fallen in love with his products were unable to buy his cheeses anywhere in Australia.

"I realised we had become completely disassociated from our local customers. It just felt wrong. We felt we had failed, and I'd lost touch with our most loyal customers – Australians."

Haddow turned the business on its head, which has resulted in him pocketing full margin, albeit at much higher costs.

The next issue was the lack of a refrigerated door-to-door service in Australia. He overcame the logistics by building his own complex freight network by contacting various carriers across the country.

"The key to me was making sure we weren't penalising regional customers, and ensuring the cheese arrived in great condition. The cheese club now makes up 50 per cent of our business."

Haddow has a popular market stall in Salamanca Market in Hobart, sells to retailers and taps into the growing number of tourists visiting Bruny Island, with a second ferry service to the island added last year.

"It's pretty easy to package up a pallet of cheese and sell it to one customer. But we're selling direct to our biggest brand advocates and we've built a relationship with them, which takes a whole lot more time and resources within the business," Haddow says.

Bruny Island Cheese will turn over just shy of $3 million in financial year 2016. He's also just added Bruny Island Beer Company and a new farm to his business portfolio, which he intends to develop into a small certified organic dairy farm.

Joanne Knobel's husband took a mining job in outback Queensland. She placed a bee hive on a vacant block of land as a hobby. Bees soon grew into an obsession and she now has more than 50 hives. 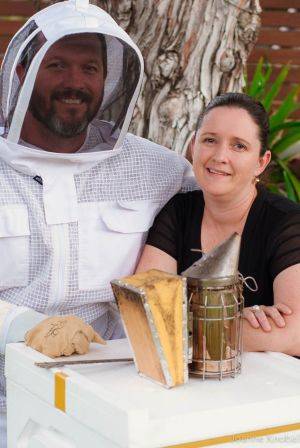 Mark and Jo Knobel market their honey beyond Australia.

Knobel Honey, based in Clermont, has turned to the internet to promote her brand to the world, selling honey to the US, Hong Kong, Singapore, South Africa and UK.

"I've used mostly Instagram and Facebook to promote our brand. Visual images are very powerful, so we've focused on that most recently. This focus has bought us sales from all over the country and overseas. We've also got a few retailers on board, sell at markets in the Central Highlands and deliver to homes locally."

Michelle Ford is in a similar boat. She left behind the corporate life in recruitment to see if she could build a business beyond the city limits 16 years ago.

There was a distinct feeling that she wasn't being taken seriously purely based on her geographical location in the early days, but she's gone on to win a number of awards, including finalist in the NSW State Business chamber awards.

"I've seen this attitude change and now, we've built our reputation. I'm so proud of the fact that we're a successful business in a regional location.

With no showroom and all business done via email and phone, the challenge has been constantly proving that they're good at what they do, she says.

The business turned over $5 million last year, and has seven staff. Sales were up 25 per cent on the previous year.

"SMEs in regional and remote locations across Australia have an opportunity at their fingertips. The internet and digital tools are opening up many new windows for businesses to expand their offering to target new markets and locations, not just in Australia, but internationally.

This story was first published on The Sydney Morning Herald.