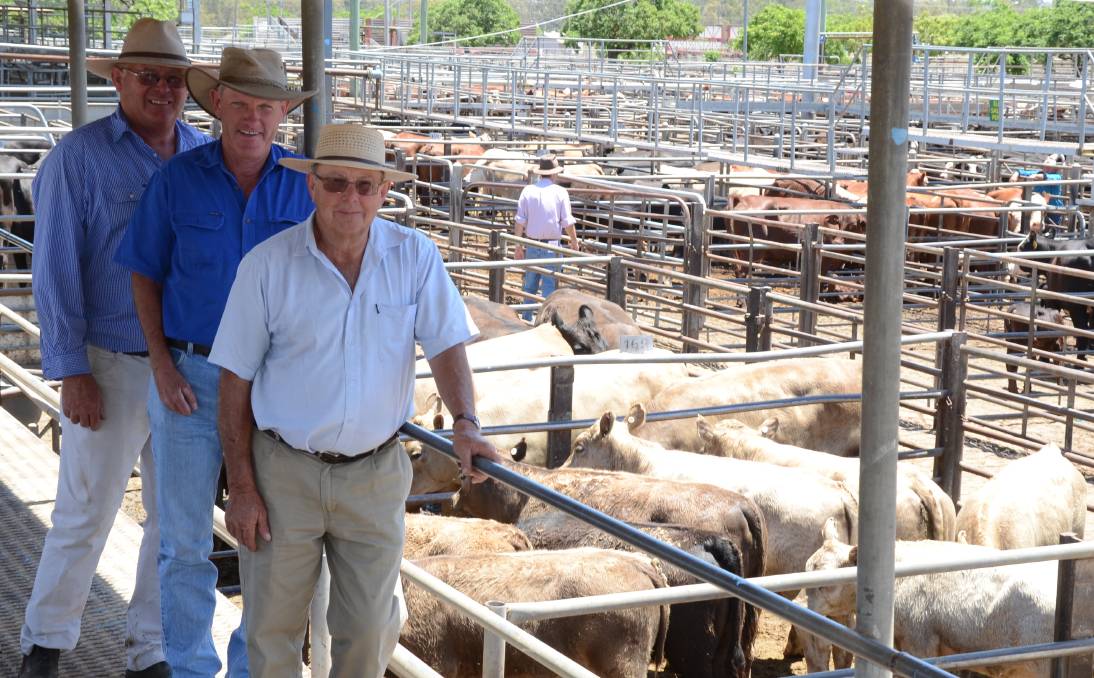 Store cattle prices were on par with prime beef sales and demand continues for herd replenishment.

PRICES for store cattle were indicative of the prime market, according to Ray White Rural’s David Armitage, Dubbo, after last Friday’s Dubbo store cattle sale where steers topped at $1370 a head and cows with calves sold to $2300 a unit.

“This and the amount of feed around at present kept up the demand by restockers,” Mr Armitage said.

“Cows with calves sold to a strong market and this continued in the heifer section which was extremely strong to the point where heifers were almost making steer money in places.”

Mr Armitage said some heifers were selling “possibly at $100 behind steers” in the 1500-head yarding.

Christie and Hood’s Tim Wiggins, Narromine, said it was one of the strongest store cattle sales this year at Dubbo.

“It was a very good yarding of high quality and well-conditioned animals,” he said.

Jan Jirman, “Riverview”, Peak Hill, sold 80 Angus and Angus/Hereford-cross mixed-sex weaners from eight to 12 months, with the steers making between $1300 and $1370 and their sisters reaching $1210.

The Adams family, “Weonga”, Arthurville, west of Wellington, sold 41 Murray Grey cows from three to five years and PTIC to Angus bulls for $1440 to Gunnedah restockers. Neil and Jennifer O’Connor, “Euromedha”, Narromine, sold 50 Angus/Santa Gertrudis-cross cows with their second and third calves at foot by Angus bulls for a top of $2600. The cows, with calves of one to three months of age, sold to Gunnedah and local restockers. Bruce Olsen, “Inverness”, Wellington, sold mixed-age Murray Grey cows with Murray Grey calves at foot aged up to six months of age with the first eight first calvers selling at $1990 and the other units at $1840.