Take a look at how some of our state's biggest dams have changed in the past 30 years. 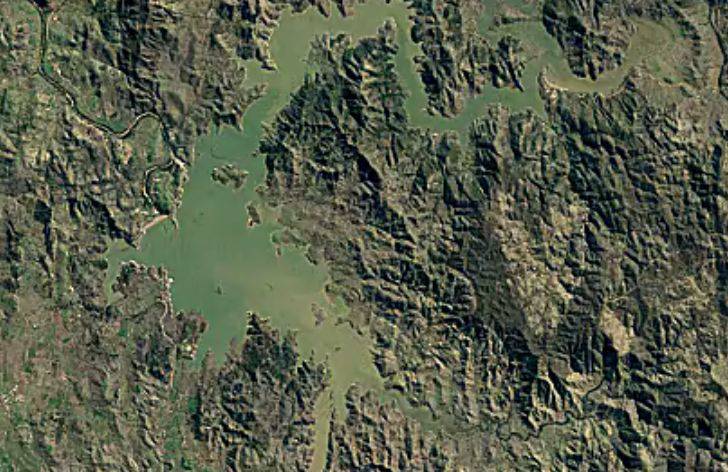 +20
Take a look at the changes in Burrinjuck, Hume, Keepit, and Burrendong dams as well as the Menindee Lakes.

As farmers, watching the water level of the local dam or river isn’t just a passing interest – it is the difference between a good year and a bad year.

It’s not just about drinking water. If the dam is full chances are the paddocks are green and the cows are fat.

We at The Land thought we’d take advantage of a new tool launched by Google to bring you some amazing satellite images of the changes in NSW’s biggest dams throughout the past 30 years.

Google has launched a satellite time-lapse tool which captures more than three decades of change – the tool is billed as a “multi-petabyte catalog of satellite imagery and geospatial datasets with planetary-scale analysis capabilities” and promises to help scientists, researchers and developers detect changes, map trends, and quantify differences on the Earth's surface.

But here are how some of our state’s biggest dams have changed during the past 30 years.

Burrendong Dam is situated on the Macquarie River just below its junction with the Cudgegong River, about 30 kilometres upstream from Wellington.

Keepit Dam is situated on the Namoi River about 40 kilometres upstream of Gunnedah on the north west slopes of the NSW Northern Tablelands.

The dam has a capacity of 425,000 megalitres, making it nearly as large as Sydney Harbour.

Burrinjuck Dam is situated near the headwaters of the Murrumbidgee River in the Great Dividing Range.

It is the main water storage for the Murrumbidgee Irrigation Scheme and it has a capacity of 1,026,000 megalitres, twice the volume of Sydney Harbour.

Hume Dam is situated just below the junction of the Murray and Mitta Mitta rivers, 16 kilometres east of Albury on the NSW-Victorian border.

Hume Dam holds a maximum of 3,005,156 megalitres, about six times the volume of Sydney Harbour. The dam’s catchment area of 15,300 square kilometres, of which two thirds are in Victoria.

The Menindee Lakes system is located on the Darling River about 200 kilometres upstream of its junction with the River Murray at Wentworth. The town of Menindee is next to the lakes and Broken Hill is 110 kilometres north-west.

Lake Menindee, the largest of the lakes, is 16 kilometres long and 14 kilometres wide.