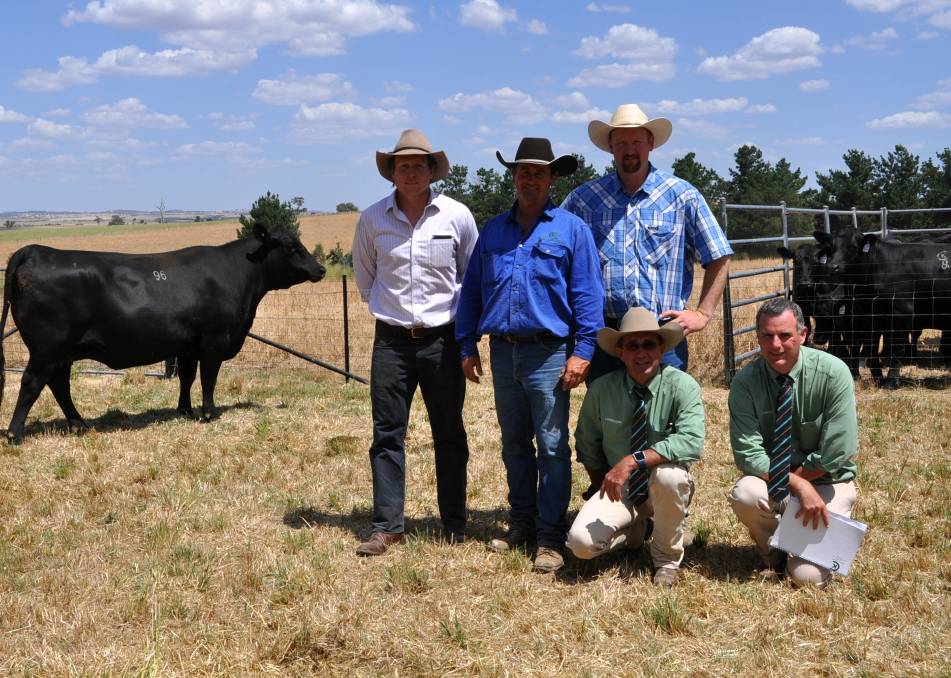 DEMAND for breeding females is abundant following a season unrivalled for decades as Kenny’s Creek Angus found at their stud female sale held on property at “Hillgrove”, Boorowa.

DEMAND for breeding females is abundant following a season unrivalled for decades as Kenny’s Creek Angus found at their stud female sale held on-property at “Hillgrove”, Boorowa, on Monday.

The complete dispersal of autumn calving herd as well as a selection of spring calving females attracted attention from afar with females selling north to Kingaroy, Queensland, south to Tasmania, and interest from Western Australia.

AuctionsPlus played a pivotal role with 219 bids placed from 11 unique bidders and 24 lots 22 percent of the offering secured for a gross of $117,500.

In the breakdown 19 spring calving 3 in 1 units topped at $13,500 for Kenny’s Creek Mittagong K228 purchased via AuctionsPlus by Absolute Angus, Trafalgar, Vic, for an average of $7263.

While 42 joined heifers sold for an average price of $4595 with a top-price of $10,000 recorded for Kenny’s Creek Bara L8 purchased by Bepiti Pty Ltd, Marulan.

“Her maternal line goes back to Ardrossan Wilcoola Q82 a matriarch of Angus breed with 66 recorded progeny,” he said.

“We have previously purchased her maternal grandmother from Kenny’s Creek a cow who sired our 2015 bull sale top price” Mr Lord said.

The performance of J228 in previous ET programs was also a factor for Mr Lord, she has been flushed three times for a grand total of 32 fertilised embryos.

Kenny’s Creek manager Adam Withers commented on the consistency throughout the sale and the strong demand making mention on the large number of new purchasers to Kenny’s Creek.

While principal Sam Burton Taylor said it was pleasing to see strong representation of leading studs from all over Australia and Angus studs in their infancy purchasing their foundation females.

“Buyers chased the strong phenotype of sires like S Chisum and EF Complement along with two of our own bulls Kenny’s Creek Darwin D392 and Kenny’s Creek G655,” he said

“The sale reinforced the integrity and worthiness of our breeding philosophy and systems by our peers.”