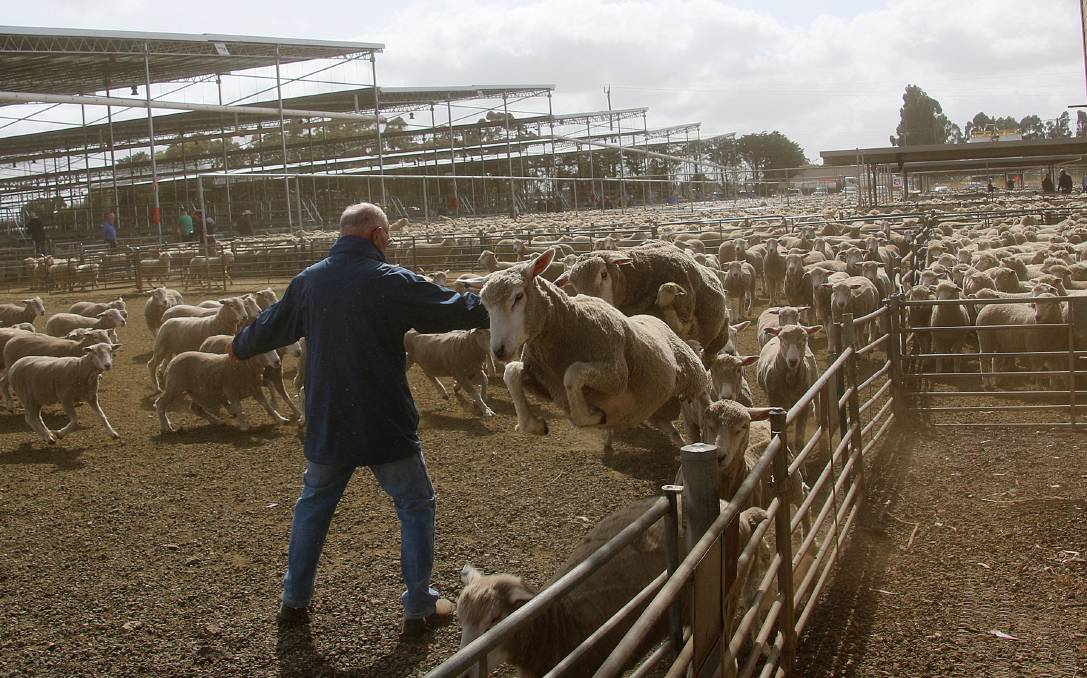 LOWER lamb production is set to ignite prices in 2017, continuing this year’s trend where lamb prices gained traction on records for the fourth consecutive year.

LOWER lamb production is set to ignite prices in 2017, continuing this year’s trend where lamb prices gained traction on records for the fourth consecutive year.

This trajectory is set to continue, according to MLA market manager Ben Thomas, who said lamb slaughter was forecast to be down nearly two per cent next year to 22 million head.

“That’s on the back of a slightly lower ewe flock, combined with lower marking rates as a result of the flooding through southern Australia,” Mr Thomas said.

This number is being buoyed by nearly 500,000 lambs expected to be carried over from this year, due to the extreme wet conditions delaying lambs coming to market.

“There was an expectation of 23m lambs killed in 2016, but because of the numbers held back they’re all hitting the market now,” he said.

“For the first quarter of 2017 we are expecting the (supply) number to remain high but with lower marking rates coming into play in the middle six months of the year, from June to September, supply will tighten.

“For lamb producers, there has been a string of about four years where the market has been extremely strong and able to resist increase in production, so with a similar (production) level forecast, 2017 should be a good year.”

Mr Thomas said prices were forecast to react to the contraction in supply through third quarter, although were unlikely to reach 750c/kg.

“… Unless there is was a much greater contraction in supply than what we are anticipating,” he said.

“Based off the current slaughter projections, the expected average annual Eastern States Trade Lamb Indicator (ESTLI) for 2017 has been revised up from 590c to 630c/kg cwt,” Mr Dalgleish said.

Taking into account historic seasonal movements in the ESTLI that shows the normal variation around the yearly average is plus or minus 20pc, he said a forecast annual average of 630c for the ESTLI would suggest a potential range of 505c to 755c for the 2017 season.

However, he said higher than expected slaughter projections could impact lamb markets not achieving these price forecasts.

“If the firm prices encourage producers to bring lamb sales forward increasing supply, or there is a widespread return to more adverse weather conditions drawing out more lambs to the saleyard we could see the lower band of forecast prices,” he said.