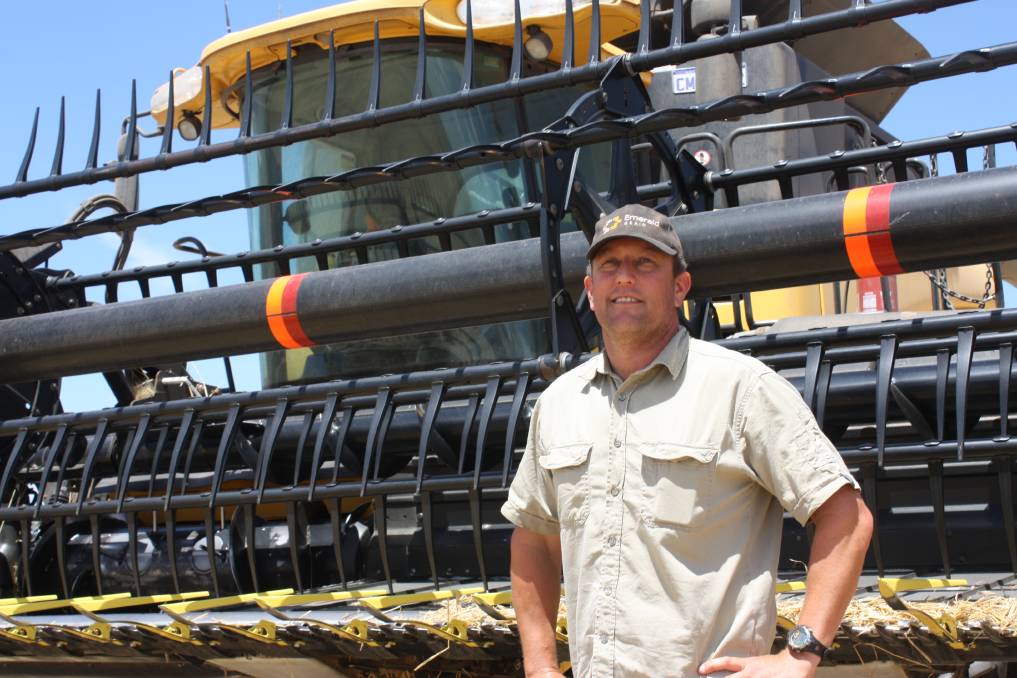 ​GRAIN farmers have welcomed fresh positive signals by WA Labor, indicating a shift in attitude towards accepting the use of plant biotechnology.

GRAIN farmers have welcomed fresh positive signals by WA Labor, indicating a shift in attitude towards accepting the use of plant biotechnology.

It comes ahead of the March WA election and after Labor’s staunch resistance to passing legislation last year which removed the potential to impose a future moratorium on the state’s commercial production of Genetically Modified Crops – the GM Crops Free Areas Act.

Today in a statement, WA Shadow Agriculture Minister Mick Murray said that with the passing of the GM repeal act there was “no scope for the state to stop GM canola”.

“While we're disappointed with this, that is the reality,” he said.

“In government we would work to protect non-GM farmers and the community from GM contamination and put the proper labelling of foods on the national agenda.”

Former WA Agriculture Minister Terry Redman moved to allow GM canola to be grown commercially in WA shortly after the 2008 WA election where Labor was defeated and had previously supported a moratorium, along with the Greens.

Mr Redman signed an exemption order that allowed the operation of large-scale trials of GM canola monitored by his department and then opened the door to commercial production in 2010, following NSW and Victoria.

Mr Murray told Fairfax Agricultural Media his statement today did not indicate Labor had made a total policy change but understood GM canola was now in use.

“We haven’t abandoned our policy; if there was a GM watermelon we’d say no,” he said.

“But we’ve got to be realistic.

“GM canola is being grown here in WA – but our major focus is to prevent contamination from farmer to farmer.”

Mr Murray said Labor’s endeavours would focussed on ensuring it prevented any potential repeat of a legal clash, like the one between Kojonup farmers Mick Baxter and Steve Marsh, over GM canola.

Judges presiding over the landmark legal case however found the GM-farmer had done nothing wrong and found serious legal faults with Mr Marsh’s organic certification and in particular a zero tolerance to GMs.

They also agreed that GM canola had been declared safe by proper regulatory authorities and was non-threatening to human health and the environment.

“They’ve now got a rationale position on GM crops and if Labor were to take power we need a responsible Labor agriculture minister,” he said.

“GM crops are now a part of the mix for the crops that we grow in WA and they co-exist successfully.

“I would be very disappointed if Labor held their no GM policy because right from day one there would be conflict and we don’t want that in agriculture.

“We want to be able to access new technologies and we need Labor to be a responsible leader for farmers.”

Mr Snooke said about 30 per cent of the 2016-17 canola crop was GM and that figure would increase for the coming year, “there’s no doubt”.

“The seed companies are telling us they’ve just about sold out of GM seed so it’s still continuing to grow there’s no doubt about it,” he said.

“I would admit the growth has probably been slower than I would have envisaged but nevertheless every year more and more growers are using it and they’re using it in different ways in their own particular rotations so were seeing a nice steady increase.”

“Labor is pandering to the Greens for their preferences at the upcoming election,” he said.

“GM canola has proven to be completely safe and a great agronomic tool for farmers in WA and this year and many of those farmers will be living off their canola crops due to frost damage to other varieties.

“I’m still disappointed that the Labor party in WA is still pursuing some sort of regulation for GM crops in WA which is not helpful for the state’s economy or the grains industry.”

However, he said in time he wanted to see some good focussed research on drought tolerant and frost tolerant varieties.

“Labor’s position on GMs has to give researchers a signal and some confidence that the goalposts aren’t going to change in WA,” he said.

“It may be a long way off but we’ve got to start moving forward on developing new varieties, through small agronomic trials.”

Mr Snooke said the MarketAg bid-sheet last week indicated the total WA crop return was 18 million tonnes for 2016-17 but it would have been at a minimum 21m/t without frost damage.

But he said with a frost tolerant wheat variety, WA farmers would have produced an additional 3mt to 4mt this season which would have ensured a profit for those for those hit by frost.

“Even if a new GM wheat variety happened to be feed wheat - and that’s the way it was classified - the monetary value would just be huge - and it would have made up the difference between running at a profit and running at a loss for those farmers who’ve been hit badly by frost damage this season,” he said.

In a statement, Greens upper house member Lynn MacLaren said her party was now the only one to stand up against GM crops in WA, following the ALP’s policy “backflip”.

Ms MacLaren said the ALP had given up, just three months after arguing voraciously in the WA Parliament against the GM Crops Free Area Act Repeal Bill, on the grounds that WA should take a gatekeeper approach.