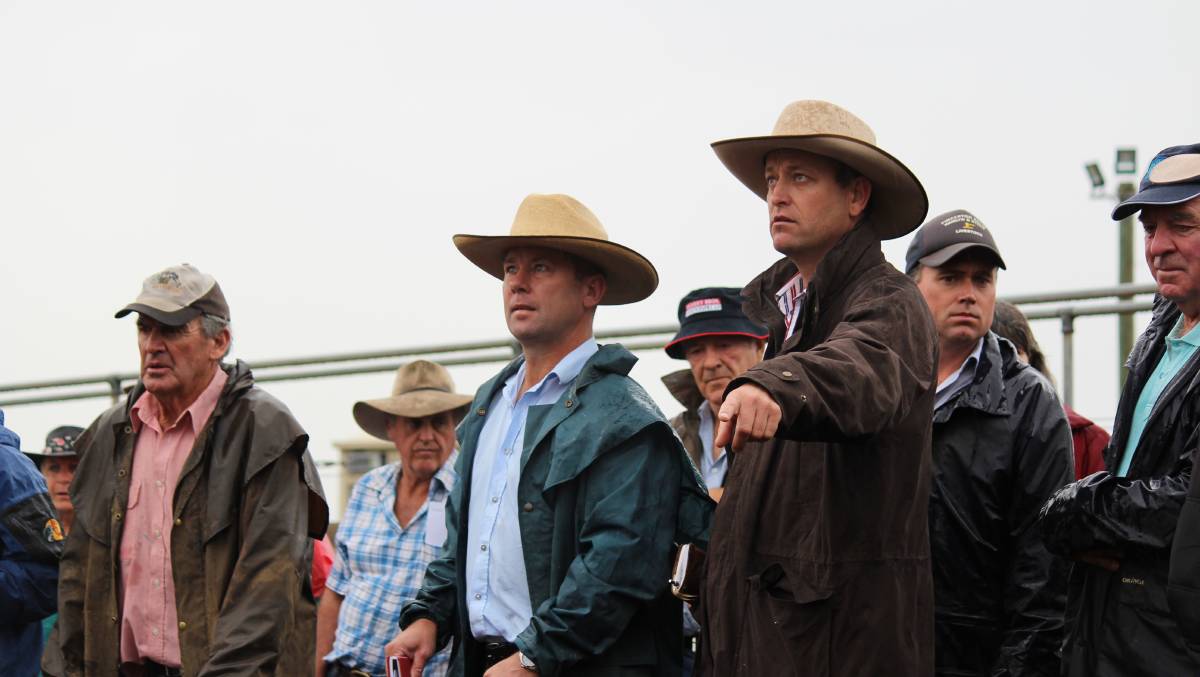 ALL signs are the blistering cattle market fervour that has pushed southern weaner prices to ‘once-in-a-lifetime’ levels still has a fair amount of strength.

Northern NSW and Southern Queensland calf suppliers who target specialist autumn sales are starting to talk about the prospect of southern competition for the first time in three years.

Demand should be further strengthened by the fact very few southern weaners have so far gone further north of Dubbo, unlike the substantial northern influence at January 2016 Victorian weaner sales.

Shad Bailey, director with Colin Say and Co at Glen Innes, said southern calves were 30 to 40 kilograms heavier on average and mostly 40-50 cents a kilogram dearer than last year.

“We’ve had a couple of successful years down there buying cattle but didn’t source a beast this year,” he said.

“Bullock fatteners from around the Gippsland who have been absent from the market for two years have finally got a season.

“One positive, as a result, is that coming into our autumn weaners sales is there will be more people in the market.”

Other Queensland and Northern NSW buyers who have been sourcing southern January weaners in recent years said they weren’t too upset at the fact they came away empty handed, with the the hot, dry summer setting them back.

Some in fact didn’t even bother going, expecting the market to be very dear and factoring in the extra 5-10c/kg freight costs of carting heavier cattle.

“We expect the buying to be tough going through autumn - we’re selling them for good money so we have to expect to pay for them,” one Queensland fattener said.

“Really, it is a continuation of what was a strong market at the end of last year, driven by the shortage of cattle,” he said.

“The last two years have been remarkable in that the market continued to get higher as the year progressed but it is a bit unrealistic to assume the same thing will happen again in 2017.

“The expectation is for supply to slowly start recovering.

“Once that restocker demand starts to recede, it will put downward pressure on the market - it all depends how soon the build-up in production happens.”

The drop in cattle prices and feed costs over the last few months of 2016 had likely eased margin pressure.

The rebound late last year in the US imported 90 chemical lean price and the 23 per cent rally in US futures has also provided confidence for those bidding on Australian cattle.

Mr Thomas said forecasts are for the 90CL market to now stabalise, which places it above the 2008-12 average.

Market analyst with Mecardo Matt Dalgleish said the typical seasonal rise in US futures heading into their winter was compounded this time by speculative interest sitting shorter.

The US cattle price improvement had taken pressure off Australian prices to correct, he said.

“When US futures were at five year lows, there was big concern for the downside for our cattle prices, given 70 per cent of our beef goes overseas, much of it to the US which is also a competitor in our high value markets of Japan and Korea.”

“We are still fractionally overvalued from a long term perspective but a long way from where we were three months ago,” he said.

Mecardo analysis shows the US price rally, in combination with the fall in the Eastern Young Cattle Indicator (EYCI) at the end of 2016, meant that after a brief period at a premium, Australian beef prices are now back at a discount.

The easing Australian dollar has added further upside to US prices in our terms, according to Mecardo.

Mr Thomas said there were other positives internationally, with further declines on tariffs into Japan, Korea and China this month under free trade agreements and the ongoing growth in Asia populations and middle class looking for protein.

However, improved market access for the likes of Brazil was certainly making inroads into China, he said.

There was also uncertainty as to how much Indian buffalo would make its way to Indonesia, another significant market for Australia.

Mr  Dalgleish said the US development, the fact there was a lot of feed around locally and plenty of restockers looking to get back in plus no sign of grain costs going up for lotfeeders, had added up to big demand for a small pool of cattle on offer.

It had probably been the heatwaves that had made Queenslanders hesitant more so than the prices, agents and analysts said.

Even at the record weaner prices, there were margins in growing out cattle and many players appear to have become comfortable with higher cattle prices, they said.

The story Cattle market set to sizzle for a while yet first appeared on Farm Online.