Lisa Chesters says she knows the difference between “keyboard warriors” bombarding her political office with emails and genuine policy considerations for live exports. 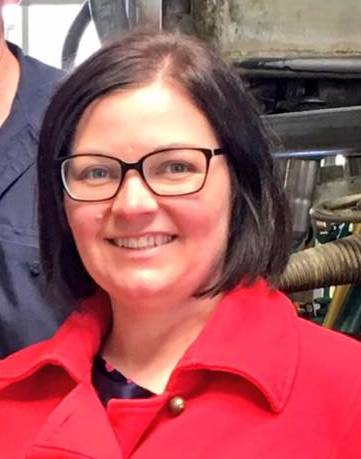 Ms Chesters was appointed Shadow Assistant Minister for Rural and Regional Australia after last year’s federal election and has been an active member of the ALP’s country caucus since first entering parliament in 2013.

She says she isn’t against live exports, so long as the industry doesn’t send Australian jobs off-shore and maintains strict animal welfare standards, according to community expectations.

The Victorian regional MP also has a strong union background in tackling work force issues which has seen Opposition Leader Bill Shorten give her another role as the Shadow Assistant Minster for Workplace Relations.

Ms Chesters has pledged to keep a close watch on potential gouging of local employment in the meat processing sector, through unchecked expansion of the live animal export trade.

But she said she also understands how the modern world of social media activism can play a negative role in communicating policy issues to political representatives and the broader community.

Ms Chesters referred to a recent occasion where MPs were being “bombarded” with emails demanding the live exports industry be shut down, following an incident involving “shocking” mistreatment of Australian sheep being transported to Kuwait,.

But she said at the same time her local newspaper - the Bendigo Advertiser - ran a “shocking” front page story about local sheep suffering a “horrible death” from heat exhaustion and being dumped at the Bendigo saleyards.

Ms Chesters said the issue showed that transport conditions can be “just as dangerous and torturous” for local live-stock, as it can be for animals exported live from Australia to another country overseas.

“I received no emails about the sheep that were dumped, the dead carcasses, at the Bendigo saleyards, but my email was bombarded by what was happening in a third world country,” she said.

“That gave me an insight to say, ‘let’s just step back a bit and think through the logical steps and make sure all of the checks and accountability is there and let’s make sure that the system, that’s been set up to ensure safeguards, is being properly followed.”

Ms Chesters said a lot of the rhetoric must be removed from the live exports “debate” to allow MP’s to take informed positions on the industry.

“These are things you learn once you start to engage with the agricultural sector,” she said.

“Live exports is an area that we do need to continue looking at the policy and how its impacting.

“It’s about 9 per cent of our export industry and that’s something that took me by surprise, when you start to talk to the sheep-meat industry and live cattle exporters.

“I’m not sure whether the rest of Australia or people living in Melbourne or Sydney know that it’s only about 9pc of what we actually export, in terms of sheep and livestock.”

Ms Chesters said ongoing scrutiny was needed to oversee the growing trend of live cattle being shipped into third world countries like Cambodia to be processed and the beef then on-sold into markets like Korea, China and Japan, under the Australian beef label.

She said that was a growing area of the live exports sector where “essentially what’s being exported are the meat processing jobs”.

Ms Chesters said one of her core concerns about Australia’s free trade deals with China, Japan and Korea was the need to ensure local employment was protected.

“The big jobs boost for agriculture is in the value adding – it is in the processing side of things,” she said.

“But what appears to be happening at the moment is that we’re creating jobs in countries like Cambodia where it’s cheaper to process than Australia so we’ve got to watch that.”

Ms Chesters said live exports was “a tricky issue for Labor” and one that carried “a lot of emotion”.

“We need to ensure we always have animal welfare foremost and we have best practice,” she said.

“What Labor has learned, and this was of course before I was in parliament, is that the industry needs stability and it needs continuous engagement to make sure that you don’t just overnight shut down an industry.

“I think Labor has learned from that experience and we need to work with industry to ensure best practice.”

“When I talk to my Labor colleague Warren Snowden in the NT, he says the cattle in the NT are not suitable for Australian markets and so it’s to a point where they then send cattle to Indonesia to be fattened and sold at market,” he said.

“That’s very different to what’s happening in Victoria where literally, carcasses that would be processed at Hardwicks and Kyneton are being sold and live exported out of Victoria.

“And that’s where you ask, ‘Is that a bit of a policy failure where we’re starting to see a downturn in jobs for foods processing in Victoria because sheep and cattle are being exported live that would otherwise have been processed here?’

“We know the jobs are in the supply chain so the government needs to be doing whatever it can to lock in those supply chain jobs.