The annual Archibull Prize has been run and won – with participants more than doubling their knowledge of agricultural careers. 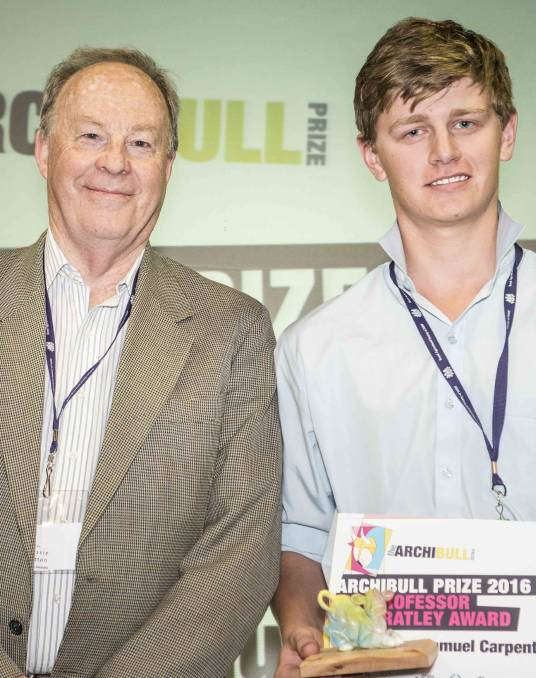 THE annual Archibull Prize has been run and won – with 2016’s participants more than doubling their knowledge of agricultural careers.

The annual competition, run by Art4Agriculture, exposes school students to young people working within the industry and increases students’ awareness of potential careers in agriculture.

Students were surveyed prior to and at the completion of The Archibull Prize and the results are staggering with a 250 per cent increase in students believing they have a strong knowledge of farming and agriculture.

Another section of The Archibull Prize, the Jim Pratley Award, asked students to envisage a working day in an agricultural profession. The award was won by Samuel Carpenter from The Henry Lawson High School at Grenfell who accurately portrayed a day in the life of an agronomist – a career he is now actively planning for.

At the beginning of The Archibull Prize primary school students struggled to identify more than two jobs within agriculture and most suggestions were vague and related to labouring jobs on farm. None of the primary students mentioned science or technical related jobs.

On completion of their projects for The Archibull Prize 64pc of the primary students were easily able to nominate up to three different agricultural careers and the jobs they now thought of were more specific (crop duster, farm manager, fashion designer, wool classer).

The career list also included science based careers such as agronomist, food scientist and veterinarian, which were absent from the entry survey.

Similarly, in the survey prior to The Archibull Prize secondary school students also struggled to identify more than two farming or agricultural jobs, with less than 5pc of jobs related to scientific roles. By the end however 30pc of the jobs mentioned related to the sciences and other jobs were more specifically labelled.

The Archibull Prize will run again in 2017, introducing a new wave of students to the benefits and possibilities of a career within agriculture. Contact Lynne Strong, Art4Agriculture National Program Director, on 0407 740 446 or via lynnestrong@art4agriculture.com.au for further information.