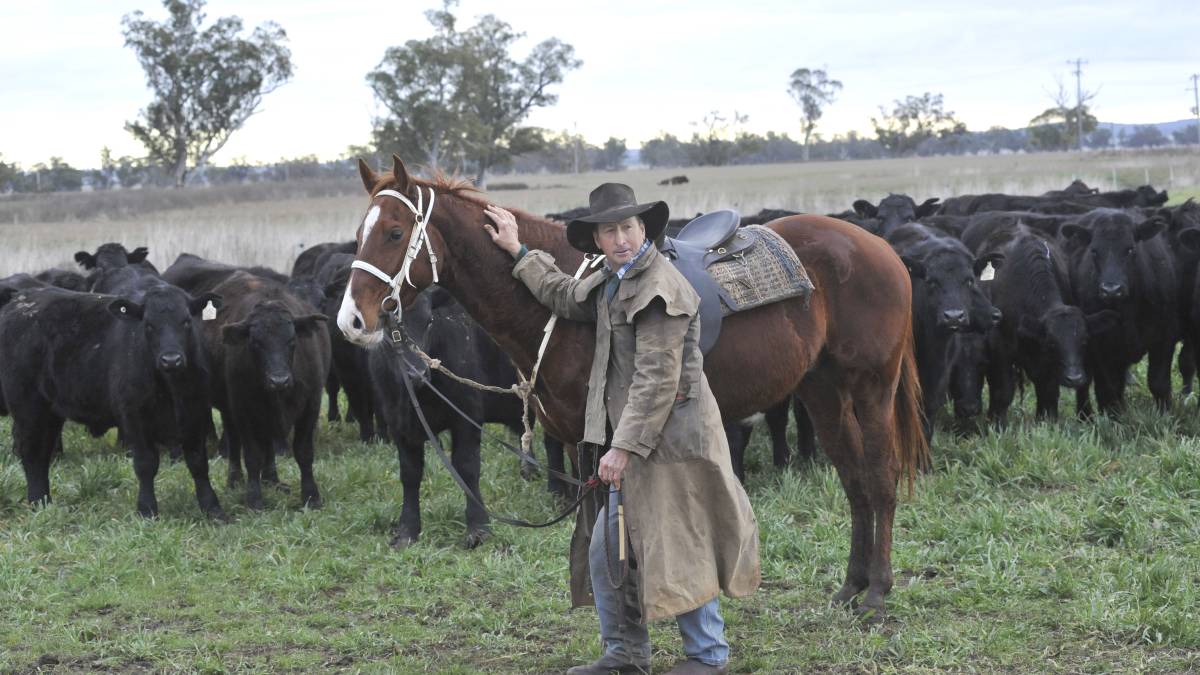 Jim Bowman on "Merothrie" a few years ago rounding up Angus cattle. He helped saved his family farm as the Sir Ivan fire raged nearby on Sunday.

“Bloody close.” That’s how champion jockey Hugh Bowman explains his family’s run in with the catastrophic  Sir Ivan fire that threatened his family farm near Dunedoo.

As Hugh gets back on board champion mare Winx at Randwick, his thoughts will be with his family and father Jim on “Merothrie”, who was fighting fires right up until late Sunday. The Bowmans lost two paddocks in the fire which came within a kilometre of the family homestead. Neighbours though were badly hit by the fires in catastrophic conditions that wiped out the small township of Uarbry.

“We were just on the fringes of the fire and we lost two back paddocks,” Hugh Bowman told The Land.

“The main thing is that there was no harm to any people (in the Dunedoo area), that is the important thing, but some of our neighbours have been hit badly.” Jim Bowman was out fighting the fires, helping with a backburning operation to save the Bowman’s family farm, which runs Angus/Shorthorn cattle.

Hugh grew up on the farm, learning the skills on the show circuit that eventually led him to being one of the best jockeys in Australia. Jim has always been an avid supporter of Hughie’s career and rarely misses a chance to watch his son race at the track. Because of the fire emergency it will be one of the few times at Randwick when Jim won’t be trackside to see Hugh ride.

Hugh reunites with Winx in the postponed Apollo Stakes, in which Winx is an odds-on favourite to make it 14 wins in a row. “I’m sure though dad will be trying to watch the race if he has five minutes to get away from dealing with the bush fires.” Winx was rated the best horse on turf in the world only a few weeks ago by Longines.