The community is being asked to make donations of either cattle or money towards the Merriwa-Sir Ivan Bushfre Appeal established to assist landholders and residents affected by the devastating Sir Ivan Bushfire that has so far burnt through 42,000 hectares

The community is being asked to make donations of either cattle or money towards the Merriwa-Sir Ivan Bushfre Appeal established to assist landholders and residents affected by the devastating Sir Ivan fire that has so far burnt through 52,000 hectares.

The fire, has all-but wiped out the small village of Uarbry, and claimed numerous homes, livestock including renowned stud stock, buildings including one historic homestead, and other farming assets throughout the Leadville, Turill, Cassilis and Coolah districts.

Producers will join property assessment teams from the Department of Primary Industries and NSW Rural Fire Service today to record the full extent of the damage.

The fire is now rated by the Rural Fire Service as ‘watch and act’  and is currently (Monday afternoon) burning to the east of Dunedoo moving in a northerly direction towards Black Stump Way, Leadville and Coolah. 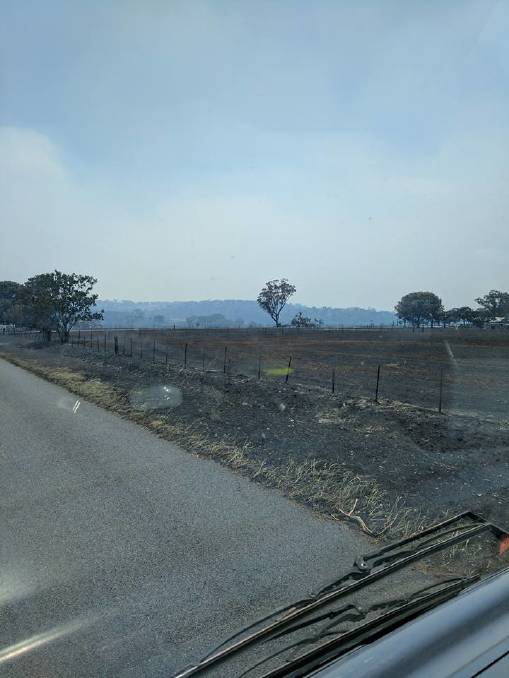 “We know government agencies are already on the ground offering assistance but as many people would be aware the reality for those residents and farmers affected by this terrible natural disaster, will really hit home in the coming months,” Mr Ryan said.

“At that time they will be on their farm and see no fences no sheds and that’s when they will really need the communities support.

“Our aim with this Appeal is to be able to support those affected people in the longer term.”

Using the program from the successful Merriwa Show steer feeder trial the Appeal organisers are calling, on those who can to donate an animal, that will be fed at Alexander Downs feedlot at Merriwa for 80 days.

The fire brought down power cables at Uarbry and along the Golden Highway to Dubbo. Photo: Nick Moir

“’All the money raised from the sale of those animals will go towards the Appeal, “ Mr Ryan said.

For those in the community who are unable to donate any cattle the Appeal organisers would love your money which they will use to buy stock to put in the feedlot.

“Every cent raised will go towards those people in need,” Mr Ryan said. 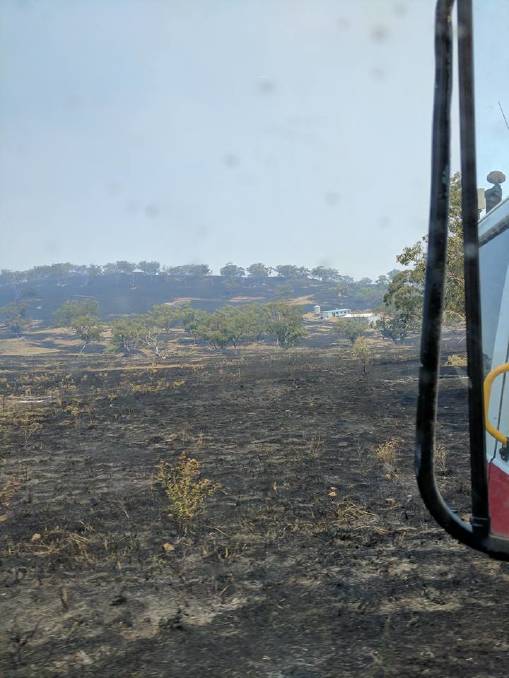 Already Alexander Downs and other sponsors are on board to donate their facilities, labour and expertise towards the Appeal, he said. 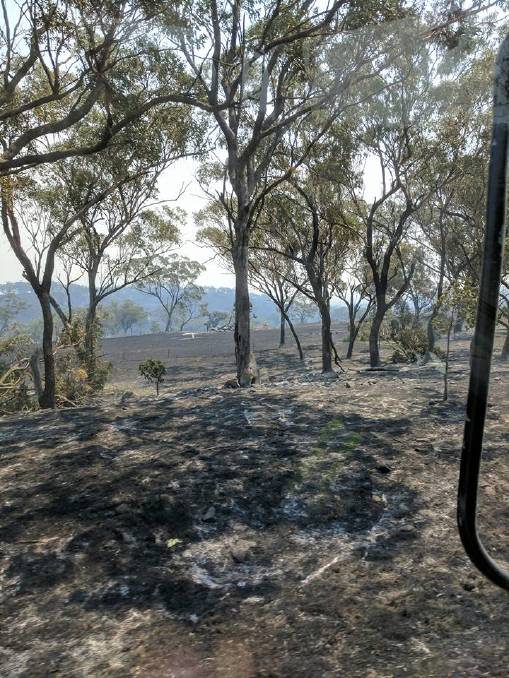 Mr Ryan said the Appeal is expecting to start picking up donated cattle on Friday.