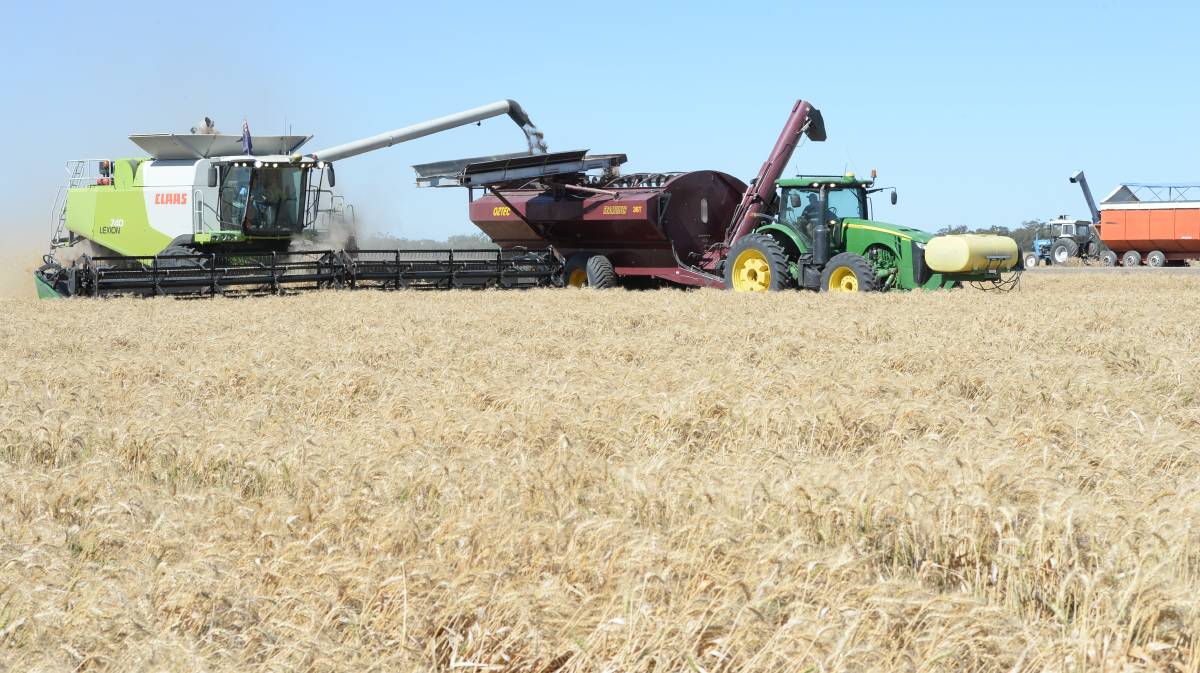 This financial year Australian farmers are on track to produce a record $63.8b in crops and livestock after a bumper harvest and a run of red hot livestock prices.

Australian farm commodity export earnings are likely to hit a record $48.7 billion next financial year – about $1b more than 2016-17

Australian farm export earnings are likely to hit a record $48.7 billion next financial year –  about $1b more than the current 2016-17 period –  if seasonal conditions remain relatively supportive.

The big winners in the year ahead should be producers of wool, dairy products, sugar, wine, sheepmeat, barley, canola and rock lobster –  all are expected to see rise in export prices for their products.

This year Australian farmers are on track to produce a record $63.8b in crops and livestock after a bumper harvest and a run of red hot livestock prices.

That’s an 8.3 per cent rise on 2015-16’s production value figures according to the national commodity forecaster the Australian Bureau of Agriculture and Resource Economics and Sciences (ABARES).

Despite a slower year for livestock numbers turned off, our surging farm output is set to push total 2016-17 agricultural export values up about 6.7pc on last financial year’s results.

Releasing its latest projections in time for Canberra’s Outlook 2017, which starts today, ABARES has tipped next year’s prices for beef and veal, wheat and live feeder and slaughter cattle will remain about the the same as they have been so far in 2016–17.

However, livestock production’s gross value figure for next financial year is set to be on the rise again –  up 4.4pc to $31.b on the back of an upturn in cattle slaughter activity and more wool production.

Canola and chickpea growers are warned they could be among the few major commodity sectors to see prices fall in 2017-18.

ABARES also expects overall farm production values will be unable to maintain the momentum generated by this year’s big winter crop harvest, with the total value of farmers’ efforts easing slightly to $61.3b in 2017-18.

ABARES executive director, Peter Gooday, said even with the projected decline in 2017–18 production, the gross value of farm output would be 17.3pc higher than the average of $52.3b over the five years to 2015–16.

“The exceptional value result this year comes off the back of record crop production and strong performance across livestock industries,” he said.

Looking further out, ABARES expects an average US73 cent exchange rate next year, slipping from an average US74c this year, but and climbing to average US75c towards 2021–22.

However, it is also foresees a dip in world prices for many agricultural products leading to a decline in the unit returns for farm exports, in real terms in the next five years.

However, the value of overall farm production in the medium term remains strong.

This year’s gross value of crop production is headed for $33.9b –  up 20.2pc, after record wheat and barley harvests.

On the other hand livestock’s production gross value figures are likely to have dipped about 2.6pc this financial year, as cattle and sheep numbers rebuild following high turnoff in recent years.

However, forecasts for the year ahead, if realised, put livestock production’s gross value 28pc higher than the average of $24.4b in the five years to 2015–16, Mr Gooday said.

The story Farm exports to jump $1b as production keeps growing first appeared on Farm Online.