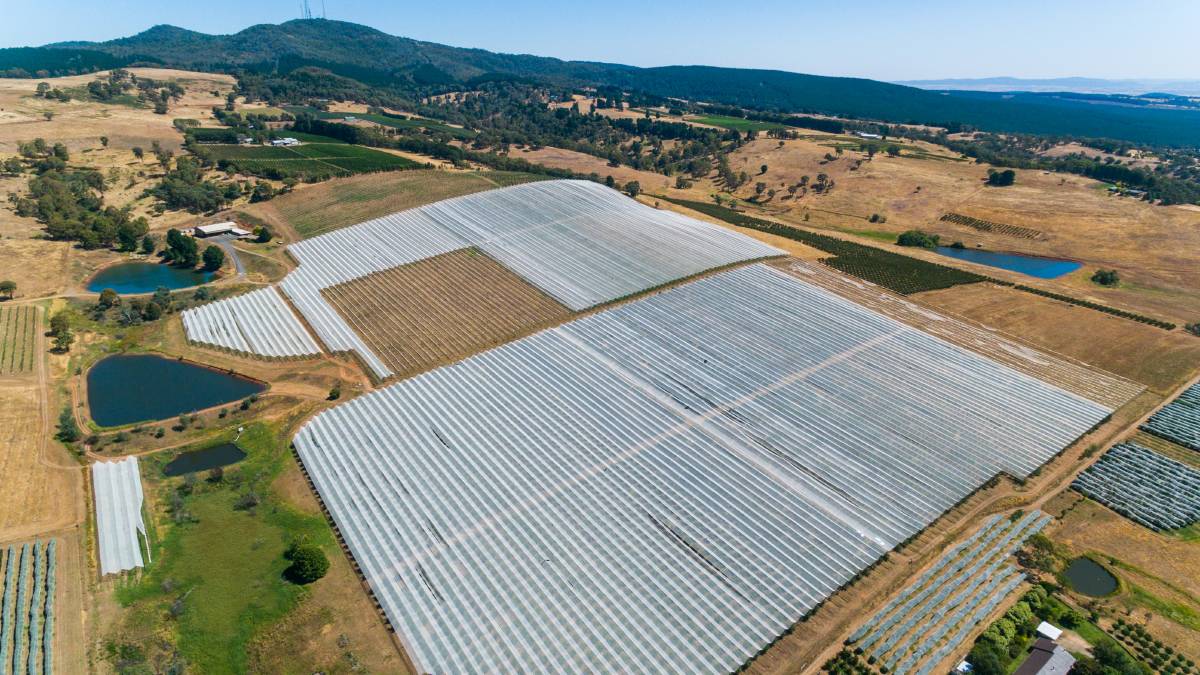 A major aggregation of apple and pear orchards has hit the market.

AN opportunity to enter the tightly held horticultural district of Orange has opened with the listing of a major aggregation of apple and pear orchards.

At 98 hectares, “Ballykeane” forms the cornerstone of the 210ha aggregation. It has been parceled with well-known, extensively developed orchards “St Albans”, “Merlewood” and “Mount Lofty”.

Combined, the four orchards produce about 4100 bins of apple and pear each year.

The orchards are all located around the fertile volcanic basalt foothills of Mount Canobolas but they are spread throughout three separate areas to capture the apple growing region’s water supply and storage, fertile soil and climate.

The topography of all four holdings is generally undulating with altitudes ranging from 850m at “Ballykeane” through to over 1000 metres at “Mount Lofty”, generally with north easterly aspects.

The properties are owned by the Leone family.

Salvatore and Giovanna Leone arrived in Australia in 1956 from Sicily, Italy, and made their way to Orange in 1974.

The purchase of “Ballykeane” from G and M Edwards that year was their first foray into their now expansive family-owned and run apple business. In 1986 they purchased Nashdale Orchard from Canberra Fruit and Vegetables. Later, in 2006, they purchased St Albans Orchard from Apple Country Orange.

Today, the Leone’s four Central West orchards form part of the JW Kirkwood business which includes a wholesale marketing arm based out of the Sydney markets.

The business is now owned and operated by Salvatore and Giovanna’s sons, Paul and Joe Leone. Paul Leone heads up the Sydney operations while Joe Leone oversees the orchard operations out at Orange.

The sale will include all property plus plant and equipment and water entitlements.

The aggregation is being offered through Elders Orange agent Philip Speers via an expressions of interest campaign.