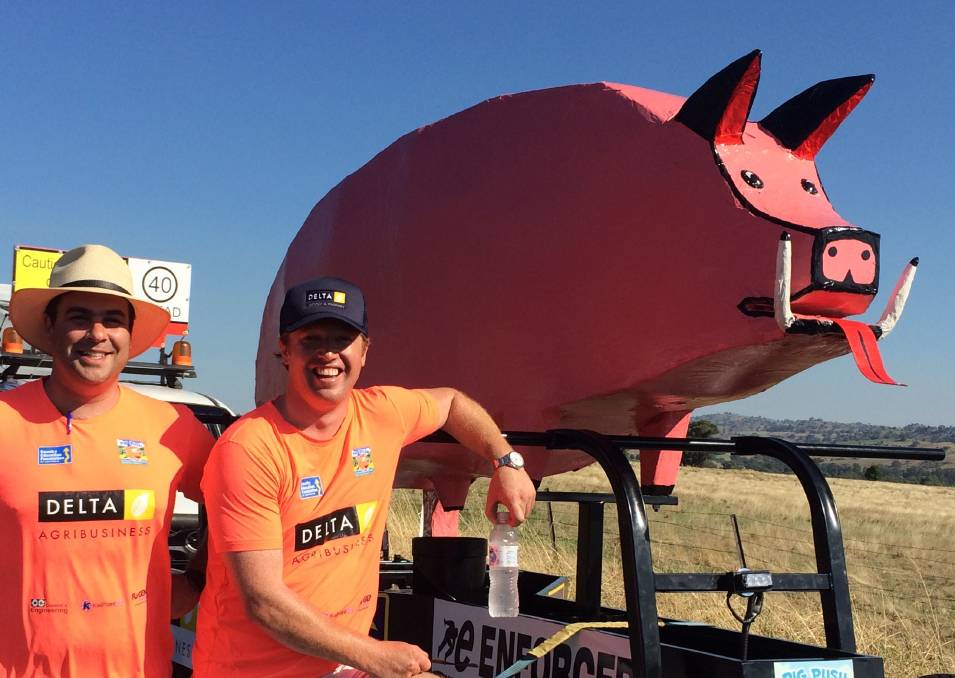 The Pig Push will roll into Orange on April 1 hopefully having reached its target of raising $50,000 (or more) for helping disadvantaged country students get a better education.

​A giant model pig will travel from Booroowa to Orange this week, as part of a fundraising effort to raise $50,000 to support further education, training and jobs for rural and regional young people.

​A giant model pig will travel from Boorawa to Orange this week, as part of a fundraising effort to raise $50,000 to support further education, training and jobs for rural and regional young people.

“The costs associated with pursuing further education and training after school are considerable,” he said.

“Many young people from the bush are missing out because their families can’t afford to send them away.

The event has taken on support and sponsorship from businesses all across rural New South Wales, and donations from the public, having already reached almost $23,000.

Boorowa was chosen as a symbolic start line for the fundraising quest, being the original home of the Country Education Foundation when it began 24 years ago.

The Pig Push kicked off on Sunday as teams and locals gathered on Pudman Street to take part in a “Blessing of the Pig” ceremony.

The giant pig then made its way to Frogmore, Darbys Fall Road and Cowra before reaching Canowindra by Wednesday evening.

“Percy”, who has been mounted on a specially built trailer has also been engineered to include a funnel on its side to become a mobile “piggy” bank, enabling donations to be received on the go.

The giant pig is thought to weigh approximately 250kilograms, and is travelling about 30km a day, with the help of about 20 volunteers in two teams. Organiser Justin Fleming has urged the people of the Central West to come and join in on the journey, reminding the community that every small contribution makes a difference.

Fleming is confident that the goal of $50,000 will be reached through the generosity of sponsorship and donations along the route.

The last legs of the Pig Push’s Central West adventure will take teams to Cargo and Nashdale before the final push into Orange on Saturday April 1 for a reception.

Anyone wishing to sponsor a team or donate to the fundraiser can go to http://engage.cef.org.au/campaign/44/pig-push for more details.