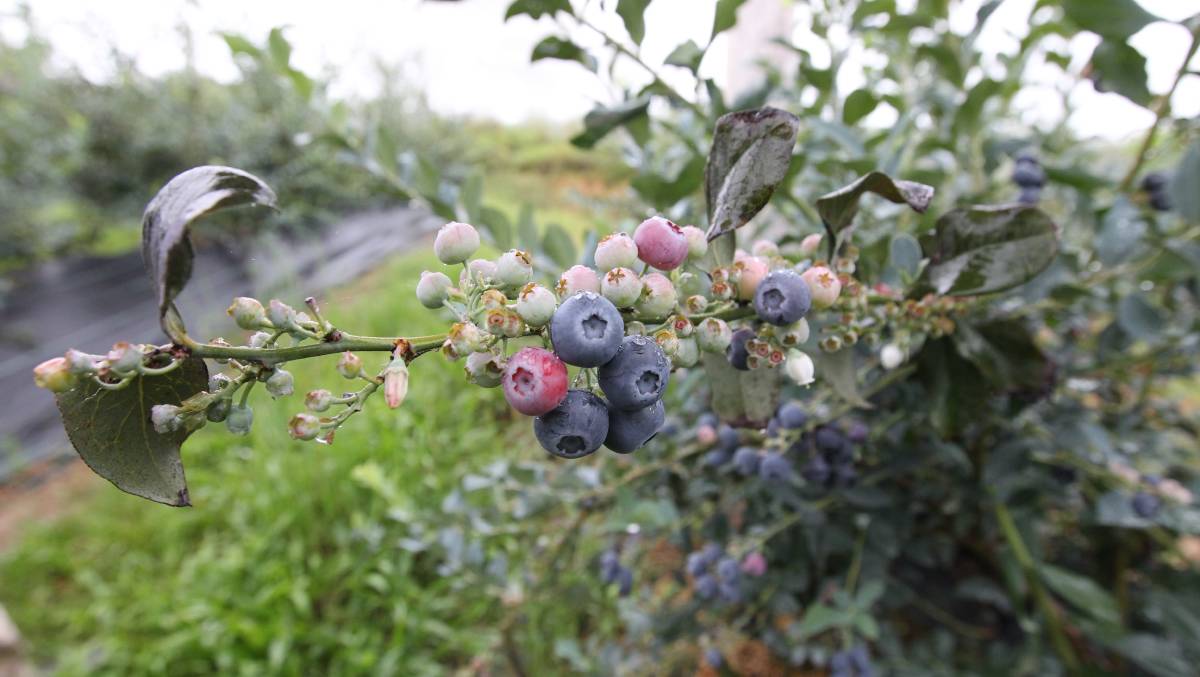 A rapid expansion of blueberry farms has upset some people in the Coffs Harbour area concerned at a lack of regulation.

A row over the proliferation of blueberry farms in the Coffs Harbour district has put the issue of the right to farm in the spotlight.

A bid to make farmers who want to set up new horticulture plantations submit development applications was only defeated by a narrow margin at two council meetings at Coffs Harbour and Nambucca council meetings.

Heated exchanges flowed at the council meetings, with according to one source, “inflammatory language” used. The development application amendment motion was opposed by NSW Farmers, who believe the motion threatened the right to farm of all farmers.

Millions of dollars have been poured into the blueberry industry in recent years in the area. Blueberries are said to now make up $200 million of the $250 million value of agriculture in the Coffs Harbour district. There has been a lot of new investment, with one company recently putting in 4000 square metres  of new coolrooms in a former Bunnings outlet.

Farmers Association director  Paul Shoker said there was a lot at stake if the motion to force D.A’s on new farms was passed at Coffs Harbour council. It would have applied to all horticulture, not just blueberries.

He said a lot of the objections were simply to do with  some residents upset at the alleged visual pollution by  netting at the new farms. He said this issue could be overcome with some public education over the need for netting. Also he said claims that the water ways could be affected by pollution from the farms was not backed up by evidence. “It is not true to say there is no regulation of these farms. Many departments including the Environment Protection Authority have the right to inspect what is happening.”

Cattle farmer Gavin Wear, “Rothglen”,  though said he was fearful the blueberry industry was running amok, building large dams without permission, and building right up to the borders of neighbouring farms. He believed governments departments were too stretched to monitor the building of the dams.

The fourth generation farmer from Bucca Creek said he feared the water from the creek would be eaten up by the “voracious” water needs of the blueberry farms. The water allocations on the creek had rarely  been taken up before because of the area’s high rainfall. He had fenced off his river frontage so cattle would not damage the creek and its water flow.

He said the council victory for the farms would only delay a time when some regulation would have to be forced on the expansion of the industry.

Greens councillor Sally Townley said people were concerned at spray drift from the farms, and the possible pollution to waterways. She said blueberry farms were located right up next to two local schools, which was a worry if chemicals  were being sprayed. Farms can spray blueberries up to 24 hours before harvest. Also  she said people could leave their home for two weeks and return to find  a blueberry farm set up next door such was the rapid expansion.

“I’ve had over 100 emails and phone calls supporting that some action needs to be taken,” she said. “I don’t think the state government is doing its job. The D.A. trigger could be one tool.”

The Blueberry industry has been in the area for 30 years without any issues. But the rapid expansion has upset many people. It is believed  some 40ha blocks are selling for $1 million to $2 million, and then have $1 million in improvements and infrastructure put into them.

The community has seen a lot of disquiet over the expansion with even signs posted on trees saying “no blueberry farms”. Mr Wear claims he has been victimised for his stance.

Mr Shoker said he feared the issue had become quite explosive. He said there was a need for a public education campaign to show why the industry was important. “The industry needs to be on the front foot,” he said. People didn’t realise the contribution agriculture made to the Coffs district. Agriculture provided $1.5 billion to the economy  each year, considerably more than tourism, an industry which the area is renowned for.