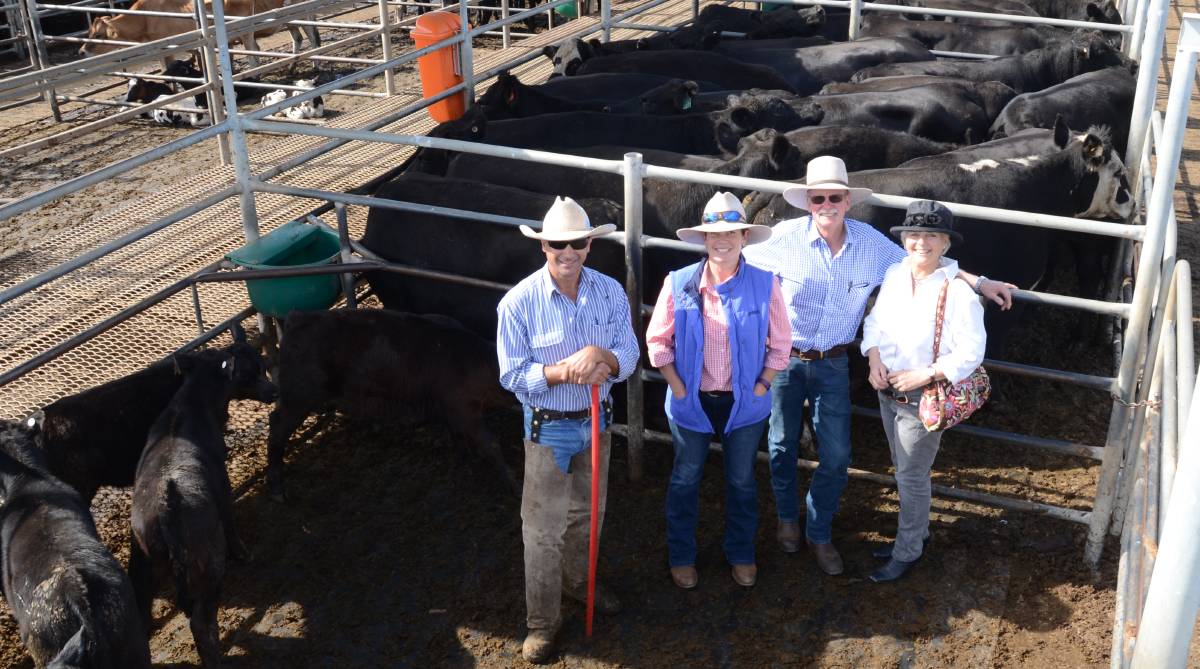 Joe Portelli of PT Lord Dakin, Dubbo, with the Rains family and their 17 Angus cows of Millah Murrah blood and 18 calves which topped the sale at $2040 a unit. Megan Rains with in-laws Geoff and Sue, “Mayfield”, Birriwa.

The largest store cattle yarding of 4150 head this year included some 2000 Santa Gertrudis and their crosses, a dispersal of the Pentdale Nominees herd, Quambone. - Video.

BREEDERS and future breeders sold up to their values while steers were a fraction easier at the Dubbo store cattle sale last Friday which yarded the biggest number of 4150 head so far this year attracting possibly the largest crowd of buyers and spectators as well.

Five to nine month-old bull calves making up Pentdale’s male portion of Angus/Santa Gertrudis crosses sold up to $1005 while principally three to five year-old Santa cows sold from $1050 to $1825 for red taggers and $1220 to $1375 for blue taggers. Unjoined made up to $1250 a head.

“A prediction of rain within the next week or two would have seen a more positive result,” he said.

PT Lord Dakin’s Paul Dakin said the steer market was a fraction easier due to the short-term outlook.

“Breeders and future breeders sold up to their values in line with the long-term outlook,” he said, “but the heifer market was really strong as buyers had an appetite for young females.”