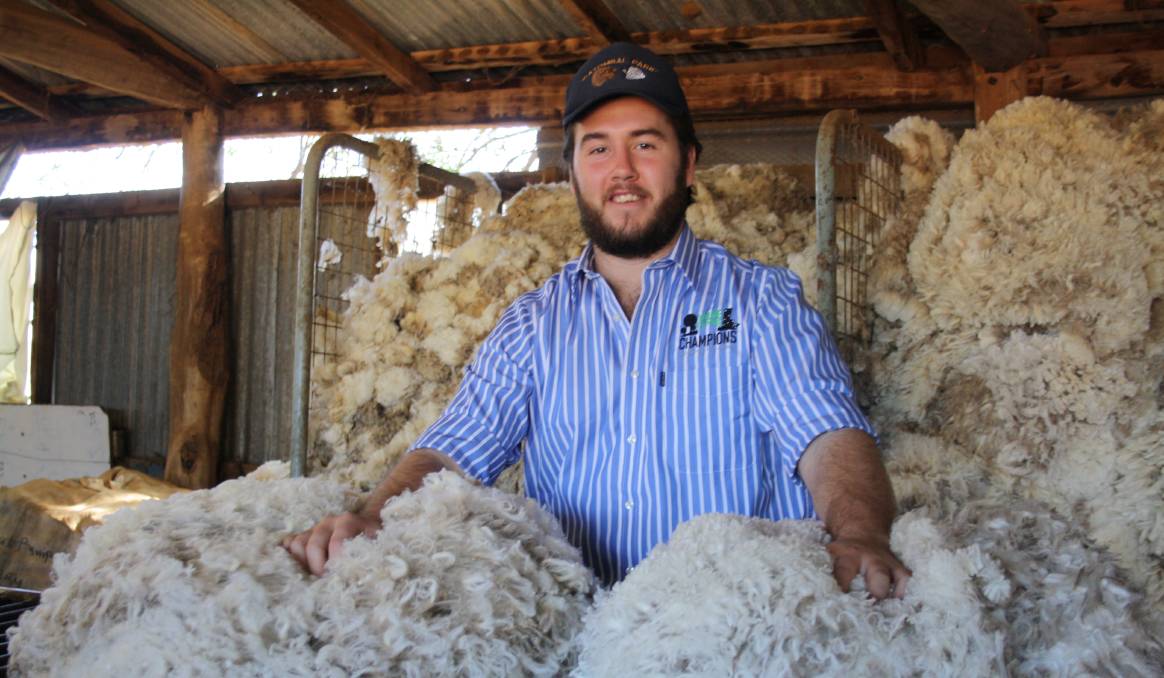 Max Edwards, a fourth generation sheep farmer from Catombal Park near Wellington, is one of the young leaders being profiled by The Land.

He looks out of place.

With his beard and woolly hair Max Edwards is a gentle giant amongst four-year-olds as he and his mum shepherd them down the main street of Wellington in central New South Wales.

“My Mum is my role model,” Max says fondly.

“She works in town as a teacher and a librarian and is now trialing this pre-school program for the young kids. I’ve always thought she was pretty impressive.”

Role models come in all guises and it is his family, fellow farmers and a professor who have influenced Max to pursue a career in the wool industry.

Max is a fourth generation sheep farmer who grew up in the paddocks and shearing shed of Catombal Park near Wellington. Whatever was happening Max was surrounded by wool so it comes as no surprise his first role models were his parents.

Max is one of five children and watching his Mum and Dad work to put them all through school has driven him to do his best, but that does not mean his own schooling came easy and many a day was spent at boarding school looking out the window and dreaming of home. It was always going to take something, and someone, special to lure him away from the family farm.

“When I came home from boarding school I found work with Glenwood Merinos and I developed an interest in what they were doing,” Max says.

“There is a lot of exciting work being done out there using some of the latest technology and that’s what started to get me really excited about modern agriculture.”

Norm and Pip Smith run Glenwood Merinos and believe it is a combination of factors that set them apart from others.

“We are strong advocates for the SRS Merino, which does not need mulesing, and we have practiced holistic management on our farm for the last 15 years,” Norm says.

“The Smiths are also quick to adopt new technology. All stud animals and most of the commercial Merinos now have electronic ear tags, which collect a range of data.

“We use that data to enhance our genetics and maintain pedigrees, such as by utilizing Pedigree Matchmaker, an innovation from the Sheep CRC, which tells us, over time, which lambs belong to which ewes.”

While repairing fences and helping at joining Max quietly watched the Smiths and began to envision a career beyond his farm gate, a career where technology could complement his love of sheep.

The country boy, who disliked school and daydreamed of home, chose to move to the city to study a Bachelor of Animal and Veterinary Bioscience at The University of Sydney.

“I think a role model is a leader in their field,” Max says, “someone who is goal oriented, well respected and most importantly genuine. And I think they need to be open to sharing their work with other people.”

“What impresses me about Max is his technical knowledge about farming and his passion for it,” Luciano says. “He is very focused and determined to achieve his goals while maintaining a work-study-life balance. I also like his way of dealing with stressful events. He keeps calm and focused and speaks only when necessary, and in the right amount.”

He set up an automatic, solar-powered weigh station on water points and trained sheep to walk across it. Their weights were recorded and matched to electronic tags in their ears, and the data was sent directly to his laptop.

“Max has led at every step of the project from development of the concept, to set-up, data collection and writing the final paper,” Luciano says.

“He has shown diligence and autonomy to solve challenges and the project has provided rich information on the factors affecting live-weight change in lambs.” 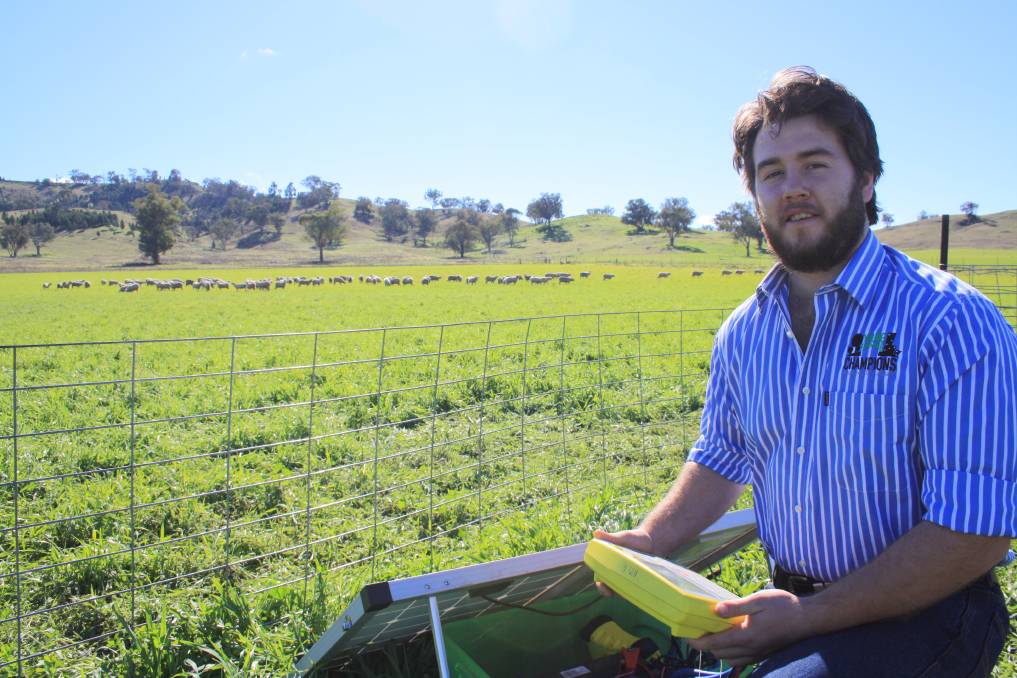 As he prepares to enter schools as a Young Farming Champion, Max stands to become a role model for the next generation.

Norm hopes Max will be able to take this technology and commercialise it for industry.

“The Merino industry is typically conservative and doesn’t make change easily, which has been to our detriment,” he says, “so you want to see those young people grab hold of these innovations and make the changes needed.”

Now that Max has completd his final year of university he finds an array of options before him.

“I’d be delighted to keep him in my team (with a PhD),” Luciano says.

“However I understand competition for such young professionals is high. There are a lot of things to do in this field of research and students with his talent have the potential to benefit the livestock industries in Australia.”

For Max, other options include finding immediate work in the wool industry or embarking on a Masters in whole farm management.

One direction has already been decided with Max joining the Young Farming Champions program in 2016 under the sponsorship of Australian Wool Innovation.

“The program has shown me the importance of people in industry sharing their stories and experiences and I think that is the best way to increase interest in agriculture,” he says. “Hearing your story and seeing your pictures gives people a personal connection and they can see themselves doing it, which is the important part.”

As he prepares to enter schools as a Young Farming Champion in conjunction with The Archibull Prize, Max stands to become a role model for the next generation.

“Others will look up to him because he has that leadership quality at such a young age,” Pip says.

“We have a son who is expressing an interest in the land and Max will be someone he can look up to and learn from.”

Luciano concurs: “He leads by example showing that young people can be very professional when there is a passion to learn and a willingness to thrive.”

Max’s long-term plan is to return to the land but in the interim he will strive to develop farming technology and take it to producers.

“I hope when I am 86, like my Grandpa, I will be ringing my son and grandson to check everything is ready for shearing tomorrow, with the same enthusiasm and always with the desire to improve the quality of our sheep and their wool.”