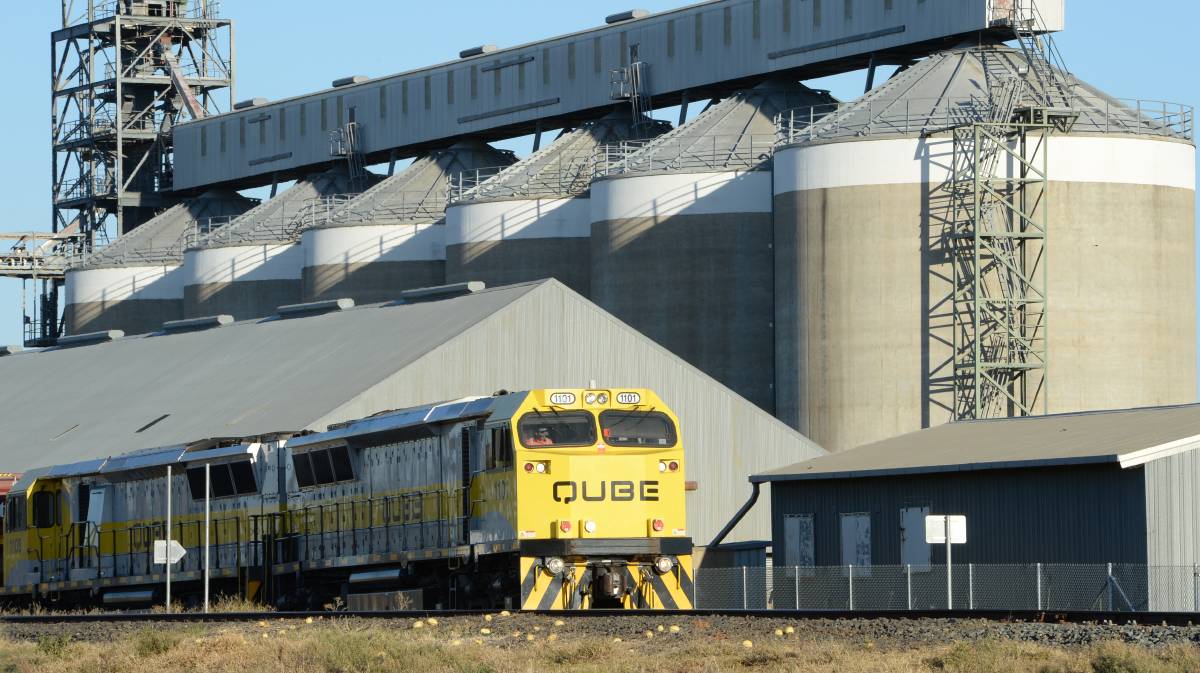 Large volume producers, or groups of producers are proving successful at bypassing relatively expensive gran handling systems by maintaining local infrastructure. But can this be done by other grain growers?

Recent developments in grain handling and transport in northern NSW may appear to be minor, but they herald significant potential cost savings for growers.

As reported in The Land “Grain co-op’s making tracks” Grower Co members are exploring ways to bypass relatively expensive grain handling and obtain the cost advantages of the rail system.

This opportunity has emerged for large volume producers, or groups of producers. But can it be spread among other grain growers?

We believe it can, with appropriate government policy, and grower co-operation, interested rail operators and grain traders.

A popular system has developed in Canada since the late 1990s. Canadian farmers have avoided the costs associated with large scale infrastructure by maintaining local grain storage and shipment.

They have benefited from the ‘producer car’ system in which farmers can request and direct-load rail wagons themselves, or collectively use smaller-scale local storage and transfer services.

Producer car delivery and collection is facilitated through a partnership between mainline rail operators and the locally-based ‘short line’ system for railway branch line governance and operation.

We discuss the prospects for the development of a similar system in an article written by ourselves and Philip Laird titled ‘Prospects for short line operations in NSW’, published in Railway Digest magazine of December 2016.

In addition to avoiding the storage and handling costs inherent in the traditional bulk handling system, the producer cars underpin the existence of many short line railways connecting farmers and their customers. The system provides a seasonal base load for short lines so they can explore diverse traffic from other rural industries and raise the mutual sustainability of railways and primary production.

Common carrier short line railways become local freight agents. They can be reasonably large operations, or quite small. Their most important features are local administration, a strong connection to ‘place’ and a focus on customer service.

Small ‘vertically-integrated’ rail operators are able to tune their infrastructure and equipment to the specific needs of the locality and its traffic base. They can operate flexibly and respond to customer demands readily.

This inherent flexibility and responsiveness is critical for potential expansion of rail traffic. More grain on rail, or any other additional freight, lowers the unit infrastructure and operating costs of the railway and raises the potential for further savings to grain growers.

The North American system of vertical integration helps to create a shared interest between local industry and the railway. While our railway governance differs, being based on separation of above rail (locomotives / rollingstock) and below rail (track / systems) operations, our governance approach can be adapted to obtain the benefits of vertical integration where above-rail competition is unlikely (as it is on most regional branch lines). As North American experience has shown, the persistence of small locally-administered railways has been a bonus for the big main line companies by providing them with additional traffic.

For local railways in Australia, our open access system would hopefully present competition among main line rail operators for freight coming off regional lines. The development of such a system in Australia has been hampered by the absence of government policy, specifically for low density regional lines. Policy to support a market for second-hand equipment would also help.

The NSW government has shown some interest in regional rail freight by engaging with rural local government in the Fixing Country Rail pilot program. It has also shown interest in reviving some lines and called tenders for one, connecting Blayney with Demondrille, on a vertically integrated basis. What is needed now is a policy framework on alternative rail governance and track access charging which facilitates locally-based rail freight development to enable growers and other rural industries to take full advantage of rail freight service opportunities.​