Local restockers were particularly active at the Wodonga store sale on Thursday when 3004 mixed quality cattle were yarded. 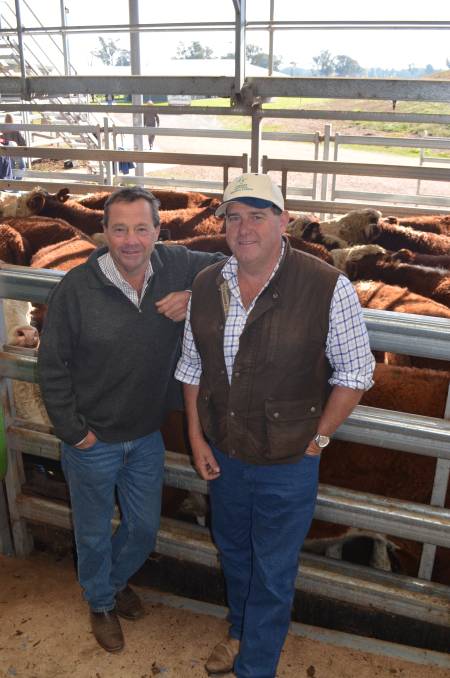 Nick McKimmie, Tallangatta with his client, Phillip Paton, "Kinnoull", Tallangatta, and the pen of 33 Hereford steers weighing 509kg sold for $1635.

Local restockers were particularly active at the Wodonga store sale on Thursday when 3004 mixed quality cattle were yarded.

The offering was dominated by black cattle with few Herefords, composites or European breeds penned.

The sale was quoted as being “fully firm with extra interest in the quality female lines,” by Peter Ruaro Rodwells director, Peter Ruaro. 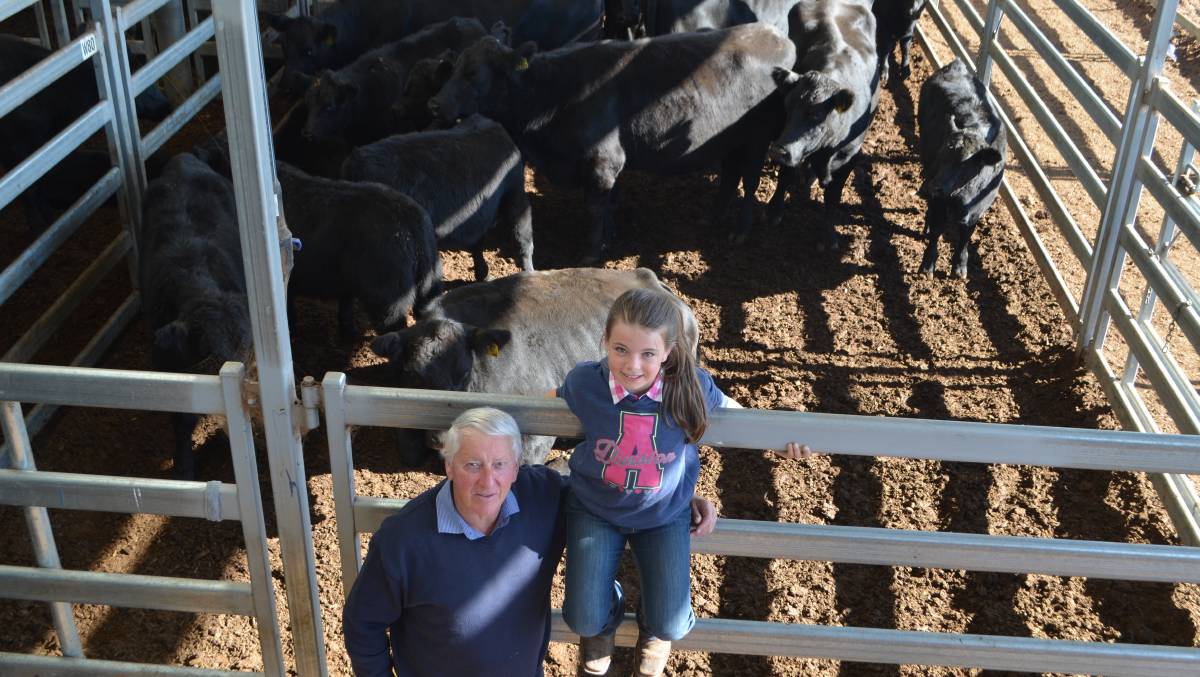 Rodney Wolter, "Hillview", Walwa, with his granddaughter Ava Wolter and the pen of 15 Angus cows with calves he bought for $2725. 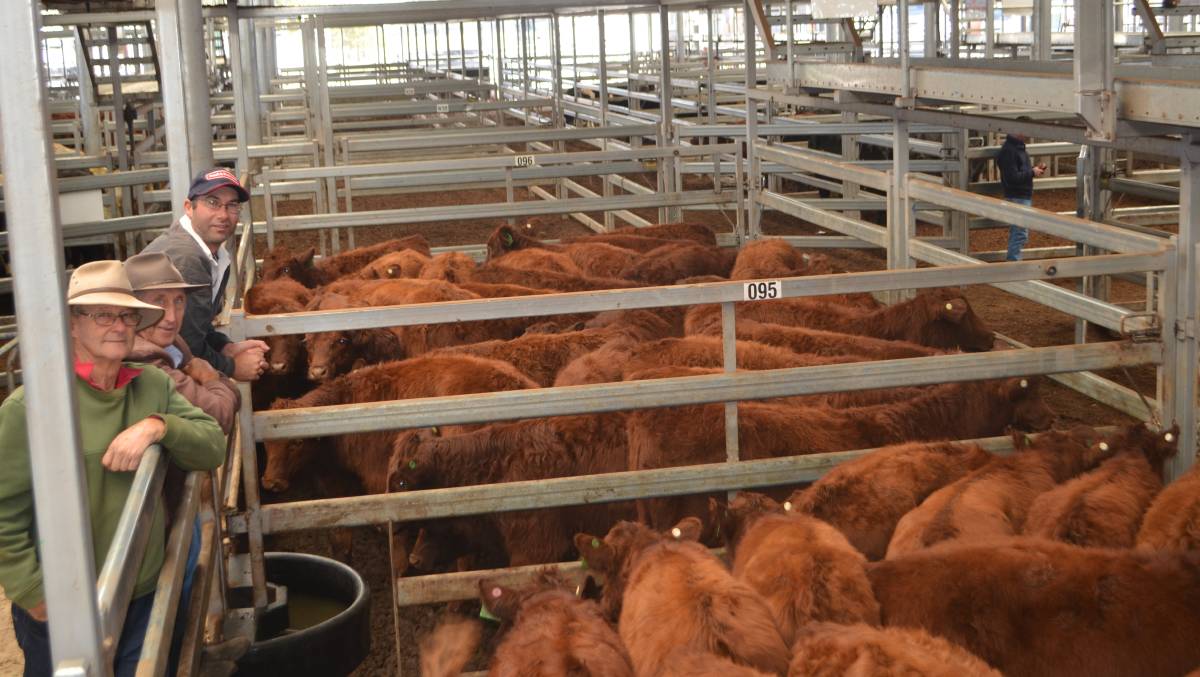 Mr Paton, a second generation Hereford breeder, would normally take his steers through to prime heavy weights, but was selling his draft because the season is turning against him.

Sold by the Evans family, Tatong, Vic, 15 Angus cows with calves were bought by Rodney Wolter, “Hillview”, Walwa, Vic, for $2725.

The Dunoon- and Te Mania-blood females were five to seven years, and tested PTIC.

“It was a good buy,” Rodney Wolter said.

“It is a three-in-one package, with calves well grown and valuable on the current market.”

Mr Wolter is lifting his female numbers because of current and foreseeable demand for quality stock.

The cows had been used as recipient dams in an embryo-transfer program for the Schoen family in building the quality of their young Orlanga Angus stud, and the sale was an opportunity to cash in on the good prices and sell surplus stock. 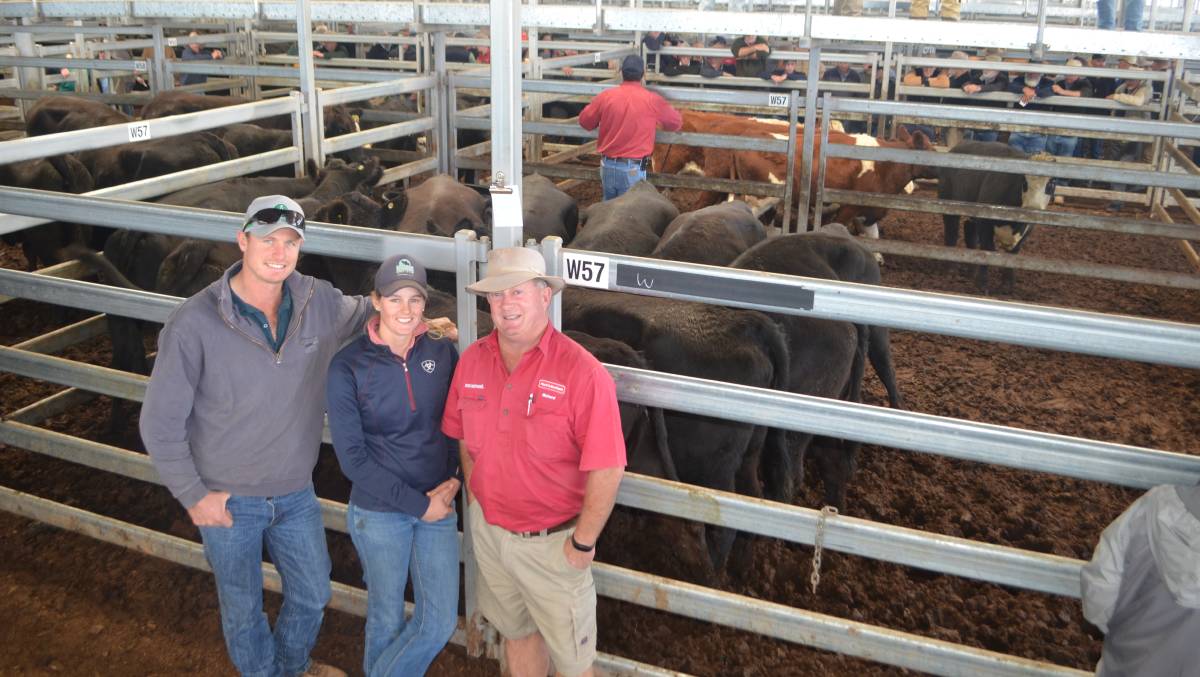 “PTIC to our Orlanga stud bulls, it was a good package for the buyer.”