Are you into Airbnb? It's driving 1200 jobs in our regions. 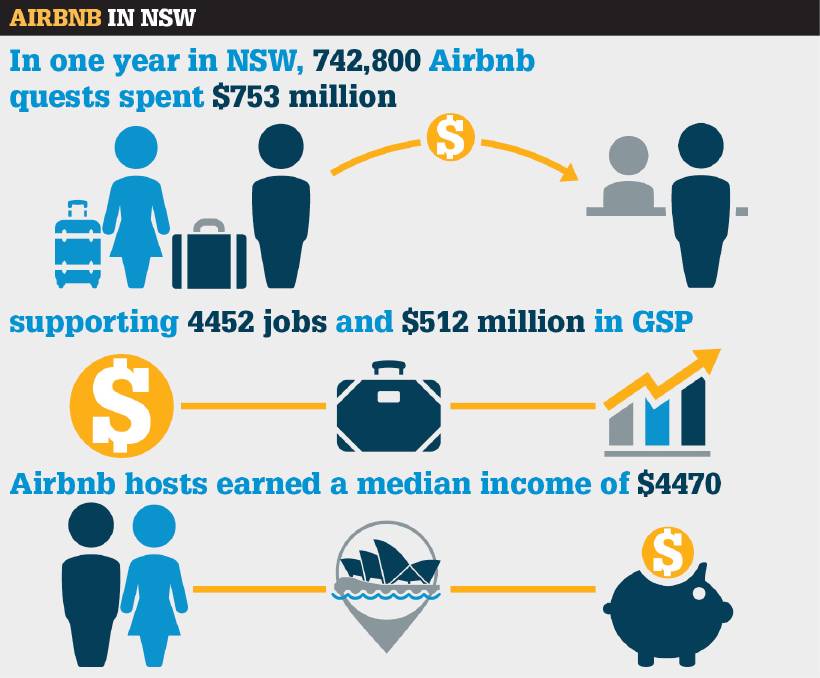 Most of the attention Airbnb receives focuses on the big capital cities like Sydney and Melbourne but in 2015-16 it pumped $135.5 million into regional NSW’s economy.

ONE of Australia’s largest accounting firms has found Airbnb is helping stop the economic decline of NSW’s country towns.

Deloitte Access Economics has crunched the peer-to-peer accommodation platform’s 2015-16 data to show it contributed a whopping $135.5 million to the gross state product (GSP) of regional NSW’s economy. During this year it supported almost 1200 local jobs.

Airbnb’s country manager Sam McDonagh said Airbnb has been an unlikely economic lifeline for many small towns in regional NSW.

“Most of the attention Airbnb receives focuses on the big capital cities like Sydney and Melbourne. But the reality is Airbnb’s beating heart is in fact Australia’s traditional heartland - regional and remote communities. We have achieved a remarkable double majority in Australia - a majority of listings and a majority of guest arrivals outside metro areas,” he said.

“Airbnb is spreading the benefits of the tourism boom to those that have traditionally lost out. This in turn is helping bridge the social and economic divide between the big city and the bush.”

Broken Hill Airbnb host Ron Hellyer said the platform’s power was not in increasing tourism numbers but in extending their length of stay.

“Broken Hill gets around 350,000 tourists a year – if we get each one of them to stay one extra night that will equate to a 25 per cent increase in stays which goes straight into our local economy,” he said.

Mr Hellyer, a disability support worker, and his wife Margaret, a teacher, are among the 35 Airbnb hosts in Broken Hill.

“Our guests want to know everything about our town that they really can’t glean out of a tourist brochure. When they book an extra night that’s good for everyone in town.”

Deloitte’s research, commissioned by Airbnb, showed Airbnb guests spent a total of $213.2m outside of greater Sydney in 2015-16.

But while guests are getting out of the big smoke, they’re not necessarily heading west of the mountains.

The data shows the top four destinations in NSW outside of the Sydney region were Byron Bay, Nowra, Newcastle and Wollongong.

“I recognise rates only go so far in a tourist town. It’s only reasonable that those who visit and impact on the infrastructure should in some way return that back to council,” she said.