Visiting English judge James Bond said he was “well pleased” with the Dorset Horn sheep he had seen.

VISITING English judge James Bond said he was “well pleased” with the Dorset Horn sheep he had seen at this year’s show. 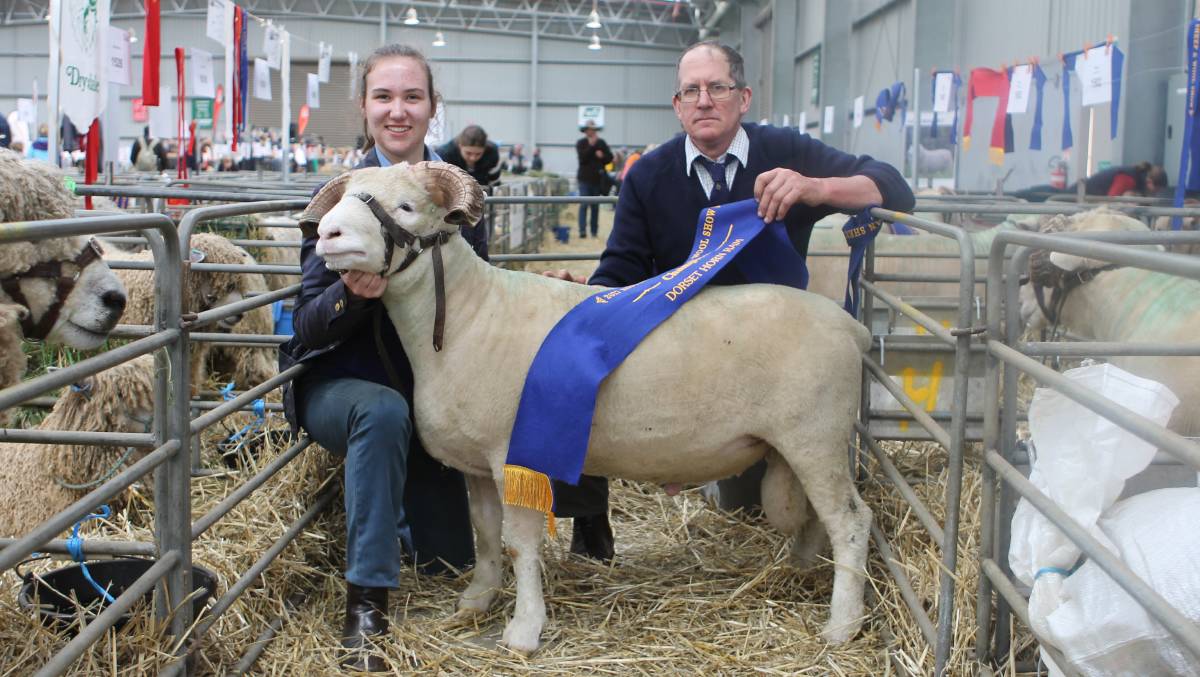 “I was very impressed by what I have seen here. They are good strong sheep, good on their legs, with good meat on them - in general a good lot of sheep,” Mr Bond said.

From Cornwall, Mr Bond said he was a breeder of Dorset Downs and Wiltshire Horns but had run Dorset Horns in the past.

“I am very impressed with what I have seen,” Mr Bond said.

“Basically I was impressed by the meat side of it, the depth of the back end and the loin – they are good, meaty sheep,” Mr Bond said.

“To be honest, coming out here, I wasn’t sure what I was going to see.”

Mr Bond said the Australian sheep appeared to be a bit bigger than their British counterparts.

“If you put like-for-like, side by side, they would be the same. But the overall impression is that the Aussie breeds are slightly bigger. Why that should be, I don’t know ? Certainly it’s not for a lack of grub, on our end, that’s for sure.”

“I am well pleased with them.”

“They are good meat sheep and they are pretty good mothers as well,” Ms Grieve said.