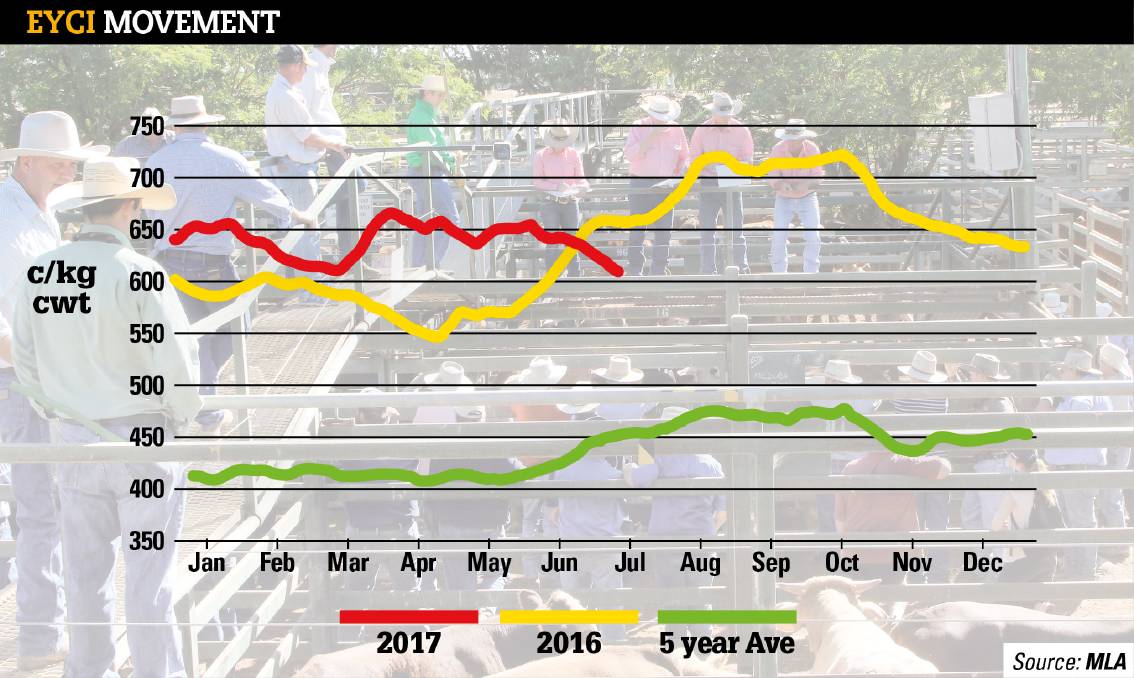 WITH the peak of the unprecedented cattle price surge now in the rear view mirror, the big question is how deep and fast the drop will be.

Downward pressure on prices is mounting.

A rainfall outlook for southern Australia for the remainder of winter that doesn’t offer much reprieve, higher grain prices, a bullish Australian dollar and increased supply in the pipeline have analysts talking an Eastern Young Cattle Indicator (EYCI) in the mid 500 cents per kilogram carcase weight range by mid 2018.

It’s the supply factor - so sensitive to such a huge range of factors - that is impossible to pin down.

Agents across the country paint a picture of vastly varying circumstances and trends, however the common thread is most look like balancing supply in the near-term.

For example, in Queensland’s central highlands many bullock fatteners have opted to sell to the very attractive feedlot market early, draining supply. Yet a lot of producers have hung onto cattle until the new financial year, faced with a tax problem for the first time in years.

The volatility at play has resulted in a number of minor revisions in Meat and Livestock Australia’s mid-year cattle industry projections update.

The main one is slaughter volumes are now expected to be steady with 2016 levels at 7.25 million head, compared to April estimates of 7.1 million head.

MLA analysts believe they will stay above 2016 rates for the remainder of the year.

The eastern states total for last week was 136,002 head, up 3 per cent on the same week last year.

The EYCI has fallen below the 600c/kg point for the first time in more than a year. 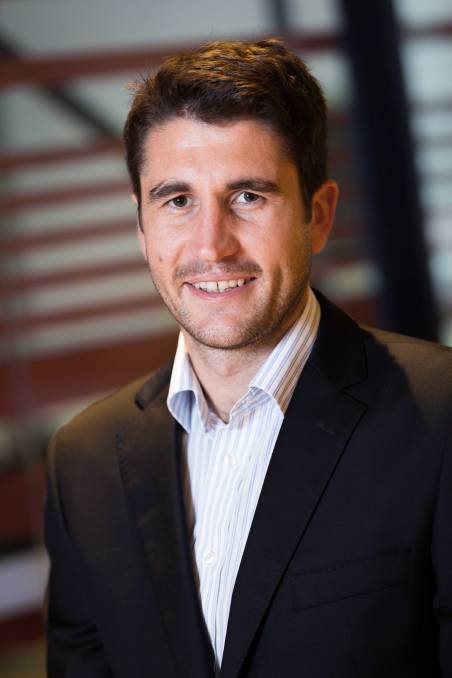 Producers who sell at the same time every year are now starting to receive less than they did the previous year - something they haven’t experienced since 2014.

Assuming the recovery in herd numbers tracks as MLA predicts - a steady build to pass the 28m head mark by 2020 - the later part of 2018 could possibly see the EYCI around 500c/kg, depending largely on seasonal conditions, according to Mr Thomas.

“For some perspective, the EYCI enjoyed 56 weeks above the 600 mark, which is unprecedented,” he said.

Prominent cattle market analysts Mecardo say the historically good prices are likely to be with us out the end of the decade.

Despite six straight weeks of the EYCI falling, there may now be some consolidation, said Matt Dalgleish.

“Where we normally see a price increase in winter, instead this year there has been a decline on the back of the dry - the movement in the EYCI this year is really like no other year,” he said.

“We are saying sideways to slightly firmer prices as we head into late winter, then softer as spring supply comes in, taking the EYCI towards 570 to 550.”

All agree spring rain will be critical - if it comes, it will deliver good support to prices.

Landmark Emerald’s Terry Ray said even though winter rain had been below average in his area, very good late summer rain meant volumes of grass were still good.

Restockers may have come off the pace but they were still active, he said.

McCarron Cullinane agent Lindsay Fryer, Orange, said the biggest hurdle to cattle prices in NSW was the state of the season.

"The consecutive run of frosts with minimum temperatures well below zero degrees on the tablelands has hit hard the condition of livestock,’ he said.

"All we need is a good fall of rain to pick the market back up again.

"I don't expect prices to weaken too much more in this district for now.

"The feedlots are still in there buying which is making up for some of the restockers taking a step back."

Concerns the EYCI may follow the Western Young Cattle Indicator’s lead - which last week dropped a whopping 91c/kg to a 22-month low of 536c/kg - have been dismissed by the experts.

That anomaly was likely off very low volumes, with over-the-hooks indicators in the west not shifting, and it was anticipated the WYCI would bounce back quickly.

Bank analysts said the EYCI actually traded slightly higher than what their June expectations were.

The Commonwealth Bank’s Tobin Gorey said: “We are looking for Australian prices to keep drifting lower at both ends of the age spectrum with extra supply coming on stream.  Add in higher grain costs and a higher Aussie dollar and it is all headwinds for now.”

The Australian dollar reached US 78.2c on Monday, a two-year high. It has hovered around US73c for most of the year.

Mr Thomas said the rise would need to be continual and sustained before there was much flow-back to the cattle market.

“Once it starts to get up into 80s, there is more cause for concern but that depends on longevity,” he said.

The story How deep and fast will the cattle price drop be? first appeared on Farm Online.