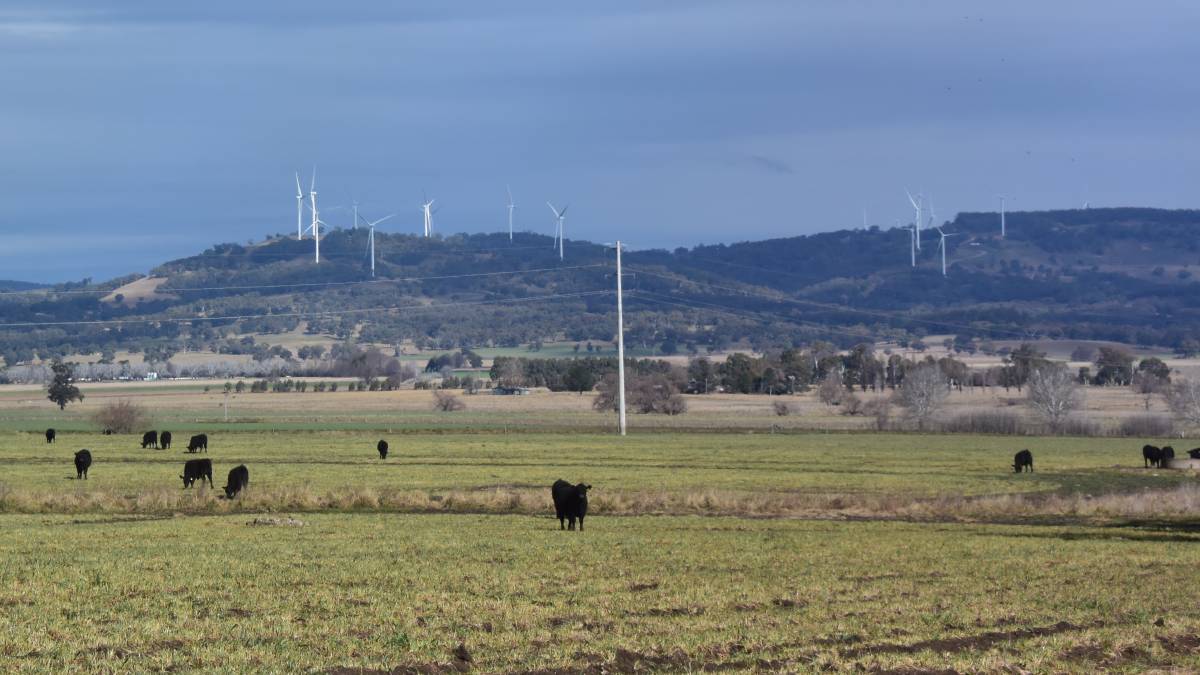 Most of the 75 towers at White Rock, across the Gwyder highway from Sapphire, have been erected and as of July 9 power is being generated. Sapphire's tall towers will go up from September with power generated by Christmas.

Green wind power has a dark tinge at Wellingrove outside Glen Innes, where debate over the physical installation of enormous wind turbines has caused enough heartache and division to more than offset environmentally friendly carbon credits purchased in Canberra.

Green wind power has a dark tinge at Wellingrove outside Glen Innes, where debate over the physical installation of enormous wind turbines has caused enough heartache and division to more than offset environmentally friendly carbon credits purchased in Canberra.

In April last year the ACT government announced it would be fully powered by renewables in four years. The Sapphire project, closest to Wellingrove, will ‘supply’ 49,000 Canberra homes.

But far greater angst has been cast upon those live in the shadow of these gigantic wind milling installations, currently popping up along the western slopes of NSW, from the Snowys to the New England.

CWP Renewables’ Sapphire project will see 75 towers erected from September. The blades will be the largest yet in Australia, measuring 200m from tip to ground and these monuments to green energy will change the look of the ridges above Kings Plains overnight.

The first generation of power is expected in December with all towers contributing to TransGrid’s state network by next June.

An initial proposal for 178 turbines spread over 28 different properties came as a shock to the little village of Wellingrove.

Agreements between landholders and the developers were carried out quietly with lips sealed on the deal and that tactic didn’t help galvanise neighbourly relations.

“That was the biggest problem,” reflected Kings Plains Murray Grey breeder Peter Smith. “Those confidential agreements caused dissension. You couldn’t tell your neighbour or your friend.”

An artist’s impression of the future supplied to Hereford breeders Kevin and Ellen Williams alarmed the couple so much that the conservative graziers took a leaf out of the Green’s guidebook and staged a protest.

In the end they won a reprieve, with the scale of the project reduced and the ridge behind their house freed from wind power production. But the loss of rental income to affected landholders came as a sharp blow and the couple now have former friends who refuse to say g’day. Ellen and Kevin Williams sucessfully defended their home from unwanted windmill disturbance but the result divided the community of Wellingrove.

“But what they might not understand is that had those towers gone up we would have lost value to our property by perhaps half to a third,” explained Ellen. “In fact when we asked for a valuation no one would do that. Agents told us they wouldn’t list our property if we did want to sell it.” 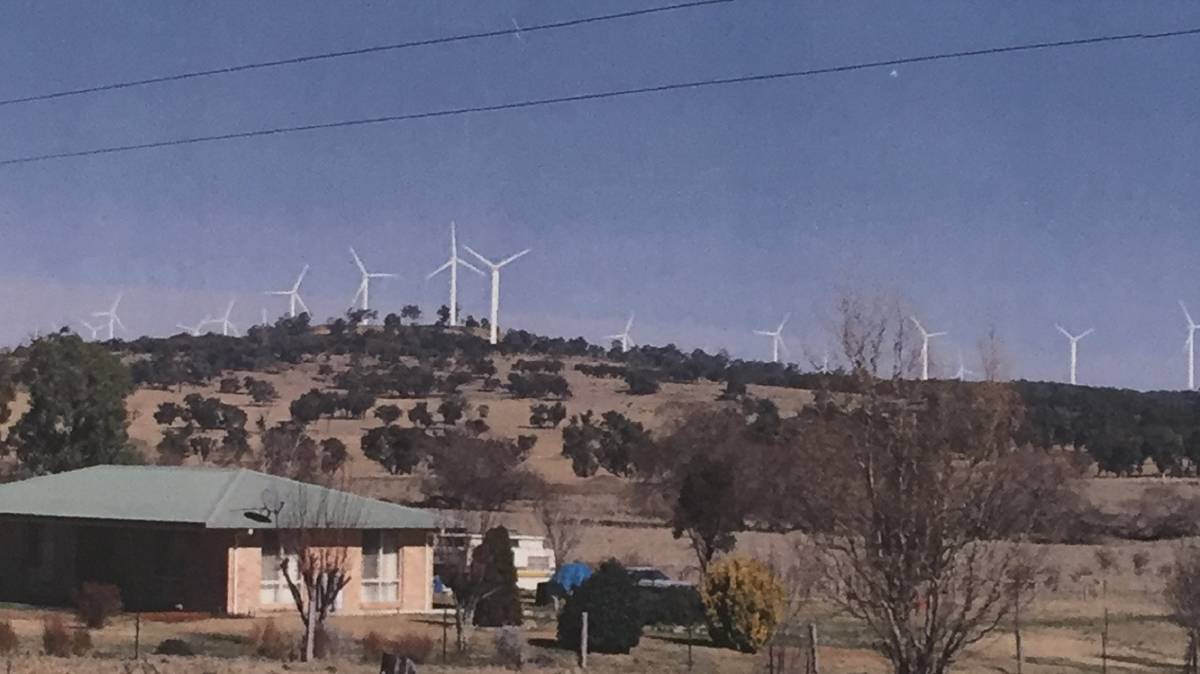 An artists impression of the future Sapphire project from the william's house at Wellingrove. They fought successfully to have those towers removed from the project.

There were other factors that influenced the William’s decision to protest: the low diesel-like drone from rotating turbines and the staccato flicker of sun off their blades at sunset were notions they didn’t care to embrace.

“We were told the noise levels would be below limits, but they forget that we live here in the first place because it’s quiet,” said Mr Williams.  “Everybody’s in a hurry to look green. Why not invest dollars on solar roof panels rather than centralised wind turbines.”

For those living out of sight from the towers, like business owners in Glen Innes and Inverell, the current ‘green’ power explosion has provided a welcome economic injection.

In Glen Innes there are so many incredibly large deliveries passing through town that the state highway patrol has booked four rooms at the Central Motel for the duration of construction, according to hotel manager Wanda Kelly. Next door owner of the Great Central Hotel Tony Hills says the new wave of men in hi-vis has delivered a 10 per cent lift to his business.

Heavy traffic on small roads, like Waterloo Road at the entrance to Sapphire has failed badly along its sealed surface but Glen Innes Severn Council’s Director of Infrastructure Keith Appleby said developers were prepared to undertake repairs.

Inverell Shire council manager of civil engineering, Justin Paye, said he has received minimal complaint from affected road users troubled by construction activity. “I could count the number of complaints on one hand,” he said.

White Rock, which began generating power on July 9, has most of its 70, stage one towers in the air. Stage two will bring the total to 119 turbines along rugged granite ridges 20km west of Glen Innes. The radical change to the horizon is visible from Inverell, 40km away.

The first stage of the project was delivered under budget and three months ahead of schedule and will supply 175 megawatts or 75,000 homes when complete.

The Sapphire project, meanwhile, is backed by CWP Renewables, a consortium of two European companies, which has installed 4200 mega watts of renewable capacity across 20 countries and runs the Taralga windfarm near Crookwell and Boco Rock south of Cooma.

Other CWP projects in the pipeline include 77 towers at Crudine with approval granted and financial backing close to resolution, 249 turbines at at Uungula east of Wellington with determination expected later this year, and 118 turbines at Bango north of Yass with approval imminent.

Canberra’s desire for renewables the driver 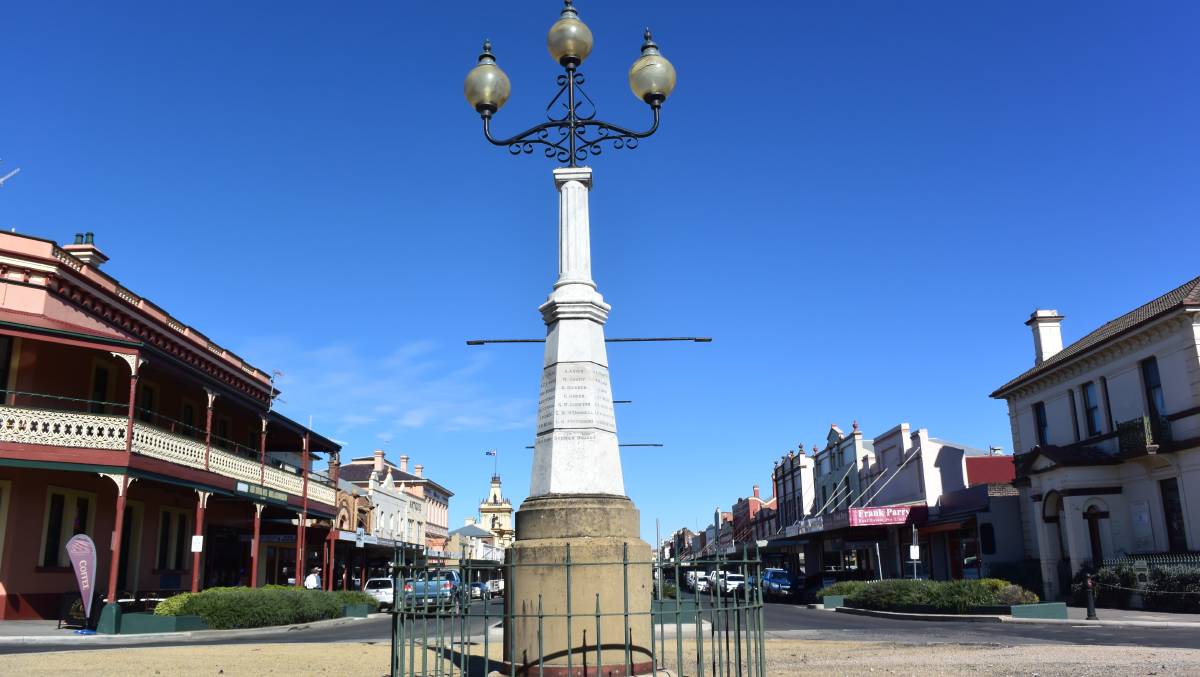 A boost to the service sector at Glen Innes as a direct result of wind farms has been welcomed by the local chamber.

Previous ACT environment minister, Simon Corbell was the driving force in the territory's push towards clean power, pursuing programs to deliver 100 per cent renewable energy for Canberra by 2020 generated by 11 large-scale wind and solar projects in the ACT, NSW, Victoria and South Australia.

The decision brought some local pain: This 100 per cent renewable target will add $290 to the average electricity bill at its peak in 2020, according to then minister Mr Corbell, now Victoria's renewable energy advocate . 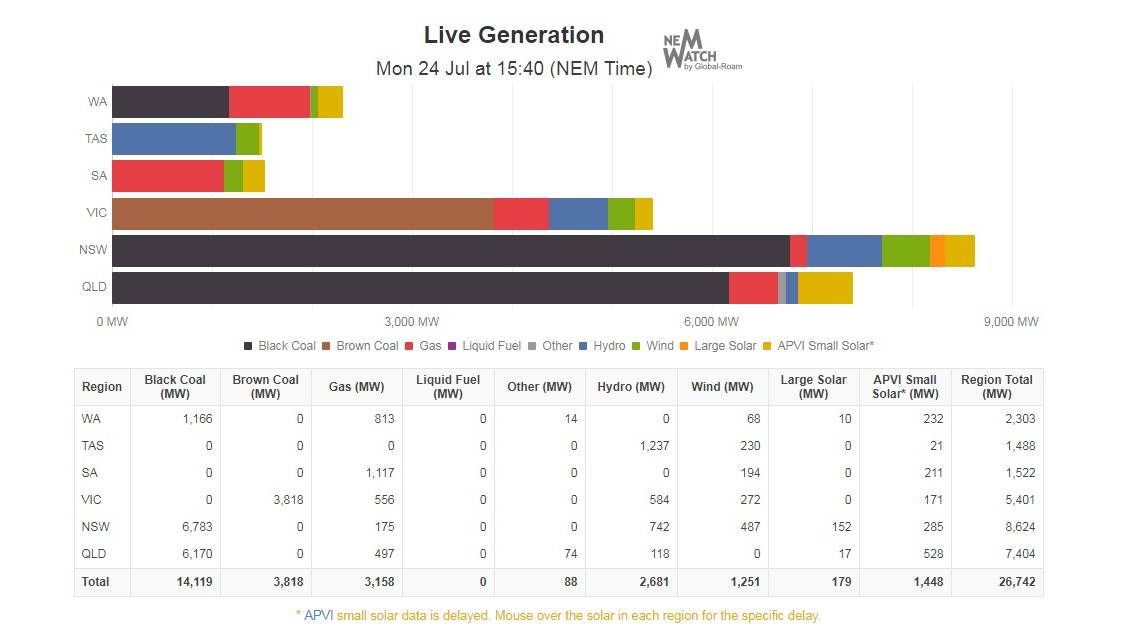 This live graph shows state by state energy source at any one time. Wind power, in green, has yet to make a dent in offsetting black coal, which dominates NSW and Queensland. Victoria is a slave to brown coal. Hydro power is coloured blue and is a significant contributer. Gas energy is coloured red. Small scale solar, in yellow, has a lot more room for growth. Large scale solar production is coloured orange.