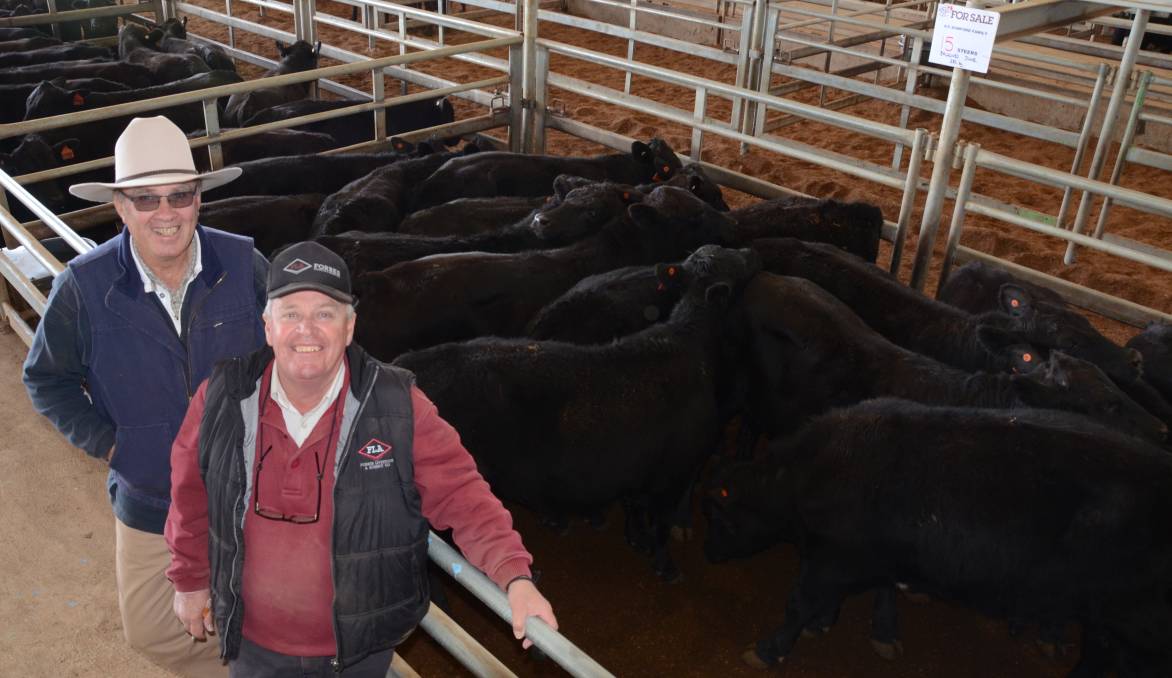 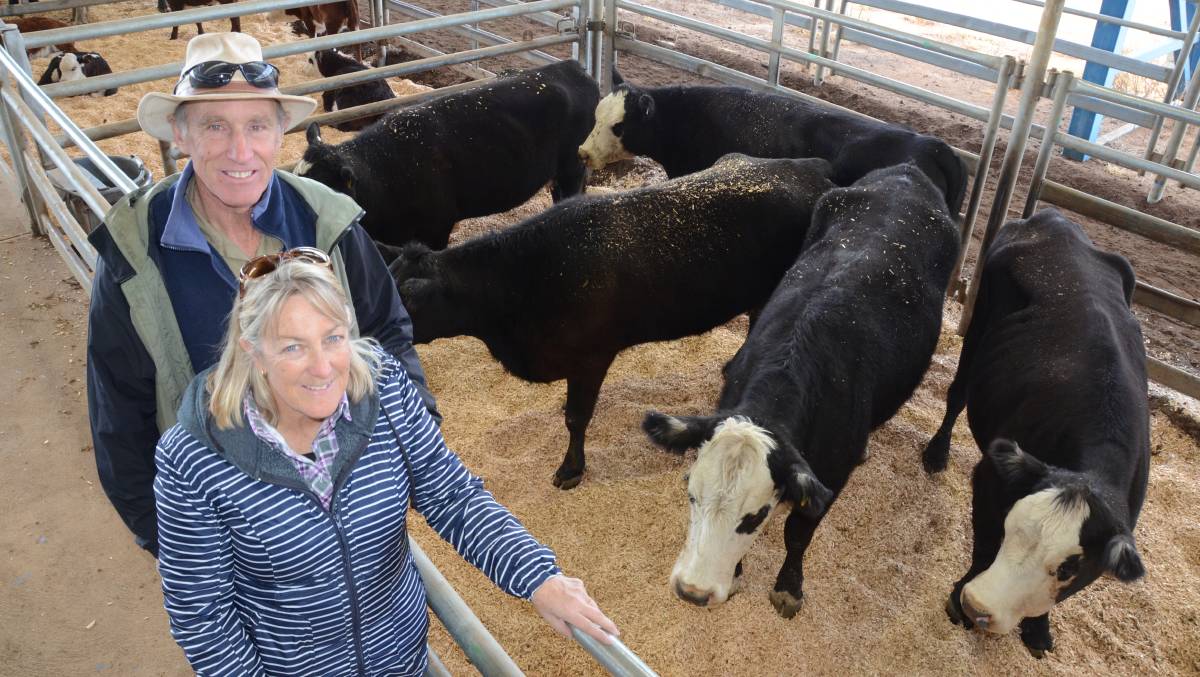 Paul and Sandra Stanbrook, “Glenmore”, Tullamore, with their pen of five black baldy mixed age cows and calves which sold at $1610 a unit at Forbes on Friday.

Steers and heifers within the yarding of 900 head sold to good competition according to Kevin Miller Whitty Lennon agent, Luke Whitty, who said cents per kilogram, prices for steers were in the 300c/kg to 340c/kg range. 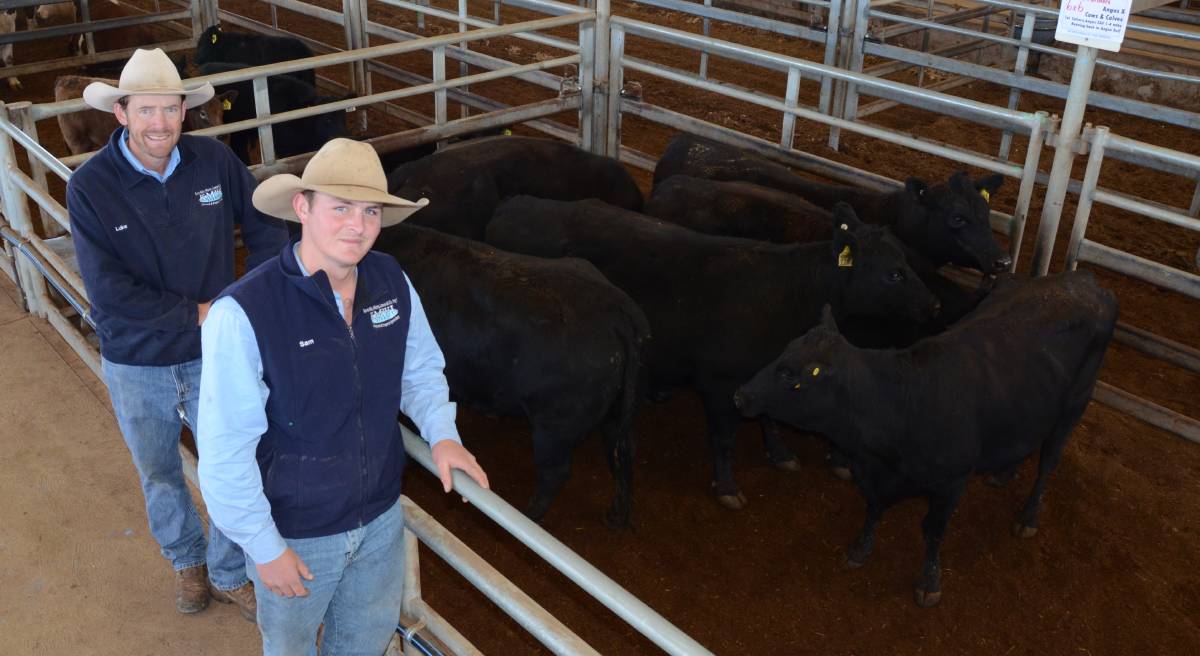 Tim Mackay of Forbes Livestock and Agents, said demand pushed the sale “some $40 to $50 better” than what he thought it would.

“Cows with calves found a market that compared with the previous sale,” he said.

Several hundred steers and heifers of seven to nine months bred by the Dunford family on their “Narran Plains” property at Brewarrina, were highlights in their categories with Angus cross steers selling to $1200 and the heifer portion to $1020.