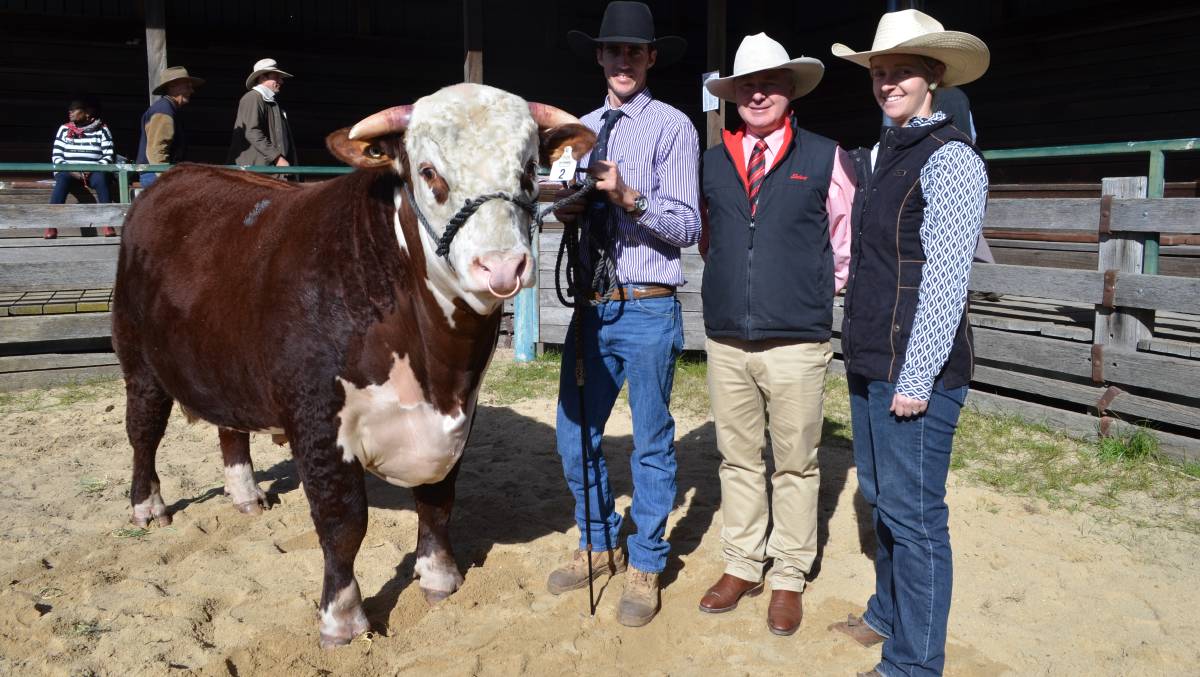 All four Hereford heifers sold to average $2625 and both polled heifers averaged $2500.

“He is the best Hereford bull he has seen in a long time with great weight for age, balance and a nice backline,” he said.

South Boorook, a now dispersed stud, was a regular feature in Mr Galwey’s pedigrees and this bull’s sire line will help maintain the continuation of those bloodlines.

“Over 23 years, we have bought 135 bulls from this sale, it is a great opportunity for us to compare bulls at the one location close to us,” he said.

The sale was settled by Elders Glen Innes with Andrew Meara and Brian Kennedy controlling the bids.