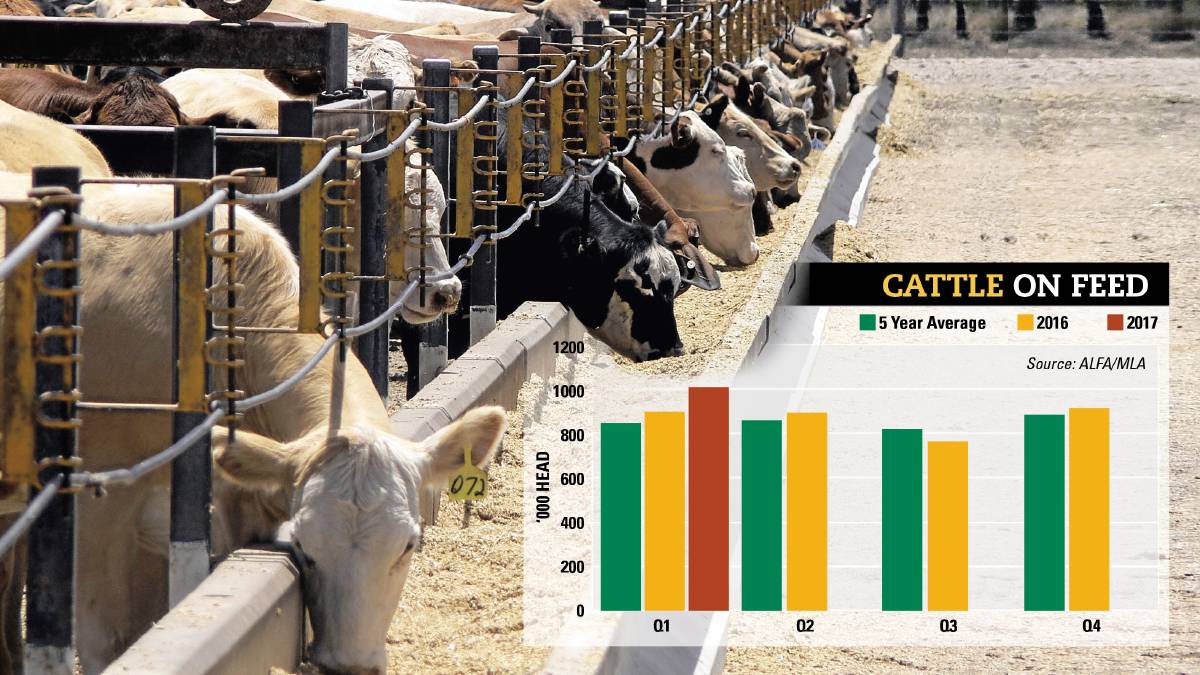 How high can lotfeeding volumes go?

RECORD numbers of cattle on feed has underpinned a significant hike in beef exports during August and given rise to questions about just how close Australia will shift towards the Unites States grain fed dominated model.

The 30 per cent of slaughter that grain fed cattle has typically made up has now jumped to 43pc.

Cattle on feed for the April to June quarter increased by 72,597 head, or 7.1pc on the previous quarter, reaching an unprecedented level of just under 1.9m head.

Most analysts had been predicting volumes on feed would pull back after hitting the 1m head mark but they are now sitting at a whopping 24.5pc above the five-year average.

The big numbers placed on feed in Queensland, particularly out of traditional bullock fattening country in central regions where producers have had their hand forced by dry conditions, has contributed heavily to the rise in numbers on feed. 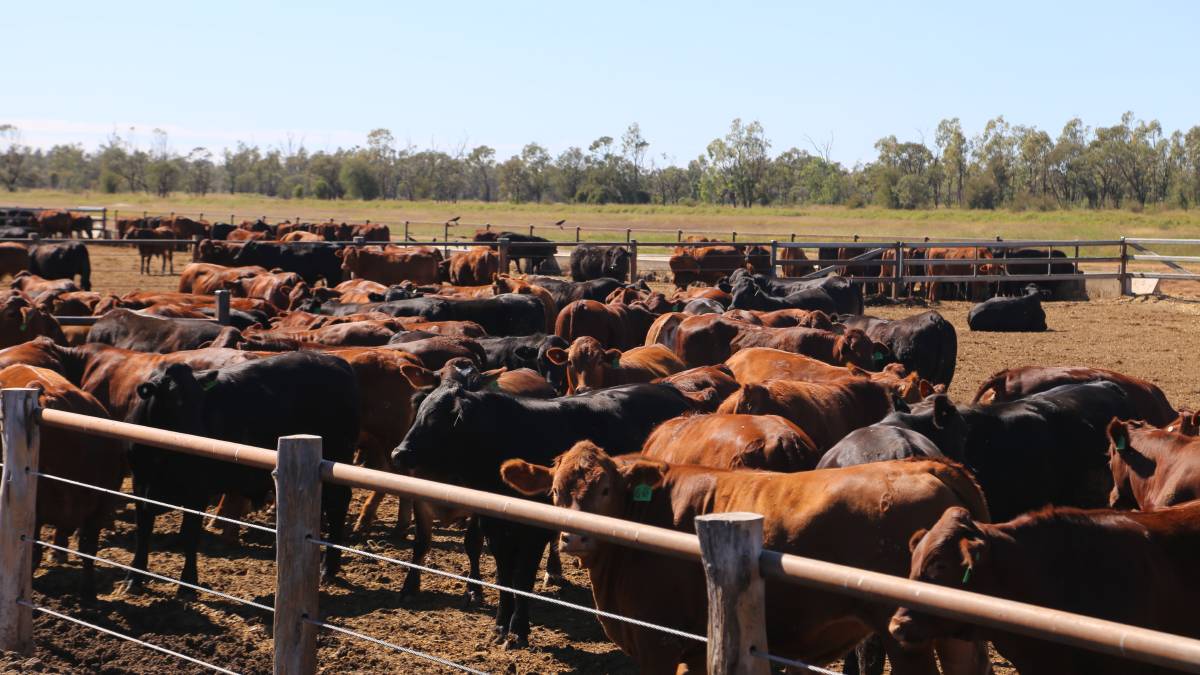 However, industry leaders believe there is also an underlying change in the makeup of cattle supply sectors in Australia and that some of the initial drought-fuelled shift to supplying feeder cattle may be a permanent thing.

Australian Lot Feeders Association president Tess Herbert said as the effects of higher grain prices now start to flow through, the lift in numbers on feed may start to slow but there would still be ongoing growth.

She pointed to the amount of capital works and expansion happening at operations in Australia’s lotfeeding hotspot of southern Queensland and northern NSW, saying demand for feeder cattle was only going to increase and producers were eyeing that off.

Targeting the feeder market came up as a pretty good option for producers with some built-in marketing flexibility - not only under current conditions but long term, she said.

“It has become embedded in the Australian cattle trade as a genuine way to finish off cattle,” Ms Herbert said.

“Cattle suppliers can see that market is there throughout the whole year, offering consistency and value.”

Analysts have also hinted at the trend.

In speaking on where the cattle market was headed at a webinar this week, Mecardo’s Matt Dalgleish said the herd was on the rebuild and that meant in the not-too-distant future increased volumes would put downward pressure on prices.

“The other key thing is what is happening in our grain fed system,” he said.

“Is there an underlying structural change or is it just a cyclical opportunity people are taking advantage of?

“In Queensland, there is the sense of a structural shift coming out of the very dry conditions - the idea it is much easier to turn off cattle quicker and lighter rather than holding them onto for an extra season.”

Feedyards were definitely reporting some of the increase in volumes was supply driven, he said.

“Whether or not an improvement in season will change that for Queenslanders, or whether they think it is more profitable as a longterm option, is yet to be seen,” Mr Dalgleish said.

However, the fact lot feeders were talking about expanding capacity was an indication of where they thought the mindset was it, he agreed.

In a lot of cases, there was still more profit in fattening bullocks when the grass was available, he said.

In southern Queensland, consultants say the change was made a long time ago to predominantly feedlot weight cattle on account of proximity to feedlots and smaller holdings.

When the season turned nasty, there was an increased swell of cattle flooding into feedlots from southern Queensland because of the need to turn-off early due to failed oats.

However, if there is any broader change to come out of this year’s developments it will involve traditional central Queensland finishing blocks, rather than southern areas, they said.

In southern NSW and Victoria, the rise in the high value grassfed market could potentially see more feeder cattle going back to higher quality finishing programs.

However, consultants in this region say there are few signs of that yet.

The premium provided by brand marketers rarely compensated for the costs of making structural change, they said.