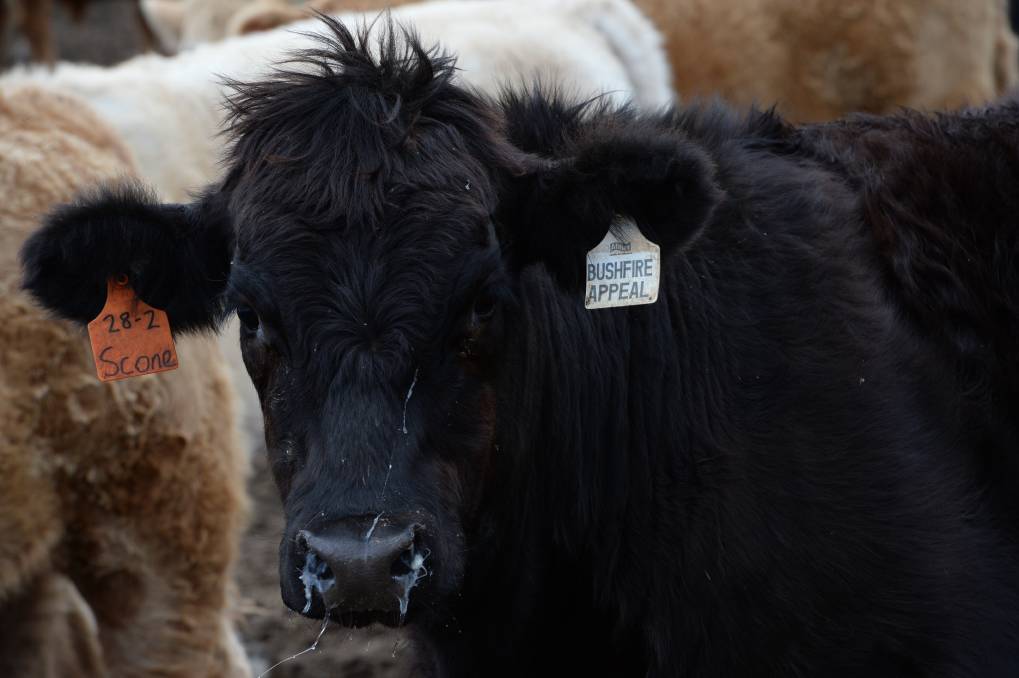 Ready for sale. One of the Sir Ivan steers from the Gill feedlot. Photos by Rachael Webb.

The Sir Ivan Bushfire Appeal will soon distribute the funds it has raised.

The Merriwa-Sir Ivan Bushfire Appeal will soon start distributing the funds it has raised to victims of the disastrous bushfires that ravaged the state in February 2017.

Appeal co-ordinator Pat Ryan said a sub-committee were in the process of reviewing the 60 odd applications received.

“They’ll be coming back in the next week or so and making a recommendation to the distribution committee,” he said.

“That will neatly coincide with the sale of the last few head of cattle and we’ll know exactly how much money we’ve got and they’ll follow through then with the distribution process.”

The appeal asked people to roll up their sleeves and donate cattle, or funds that could go toward the purchase of cattle, that were then finished at the Alexander Downs feedlot.

Tony Inder, of Rockwell Rural Livestock and Property Sales, has been responsible for the sale of the cattle and said with the 515 head sold to date the appeal had raised $835,000.

“The main buyer of the cattle has been Woolworths,” he said.

“They've been very good to us.

“It has gotten very difficult to kill fat cattle and prices have come back, whereas with all these cattle they held their price and they've fitted them all in, so basically they've just done us a huge favor.”

“Alexander Downs have processed them all and fed them all, and they've done a great job too,” he said.

“Amazing that they took it on really.

“I can't speak highly enough of them and Woolworths for what they've contributed.”

Mr Ryan said people would start to access the funds from the appeal in the next month or so.

“We were very careful in the way we positioned this the whole way through that it was a medium term initiative,” he said.

“We very much aimed toward putting together an infrastructure rebuilding fund and that is what we've positioned ourselves as.

We're just going in now behind that initial support that people have received and to help them follow through with some of those programs and rebuild more internal fencing, sheds and water and that sort of infrastructure is what we're really targeting.

“BlazeAid did a fantastic job in the initial period after the bushfire and they focused mainly on getting boundary fences up and that sort of thing.

“We're sort of going in now with the next wave of that and trying to help keep the ball rolling.”