Farming is no longer about growing what farmers like to produce, says David Crombie.

If Australia is to avoid “competing in the basement” as global food markets evolve rapidly around us, our industry needs a laser-like focus on the customer.

The agribusiness leader and former National Farmers Federation boss says the sector has made real gains in the past decade, but more of that paradigm shift was needed to get farmers truly accepting a changed mindset away from “producing what we like producing, to producing what customers really want.”

He told this year’s Rabobank leadership awards dinner in Melbourne real opportunities existed to cash in on the economic growth and changing food consumption demands in our Asia-Pacific region, and elsewhere.

However, farming was not just about production –  it must be nimble and accept consumer expectations would evolve again and again.

“But that preference could swiftly swing to organic, or some other consumer taste,” he said.

Regardless of what commodity sector farmers worked in, they needed a “laser-like focus” on customer expectations and trends, and a determination to deliver consistent, safe and reliable food supplies in order to help safeguard those much-needed price premiums.

“We can’t compete in the market basement with others whose production costs are half ours,” Mr Crombie said.

“We’ll be blown out of the water if we think we can match it as a commodity supplier against South America or India – we need to be in the discretionary market business servicing consumers who will pay for quality, integrity and consistency.

“We don’t do FAQ (fair average quality) any more.

“We need to be telling and selling the Australian agriculture story, convincing customers about the reliability and traceability of our produce and the ethical production standards behind what we grow.” 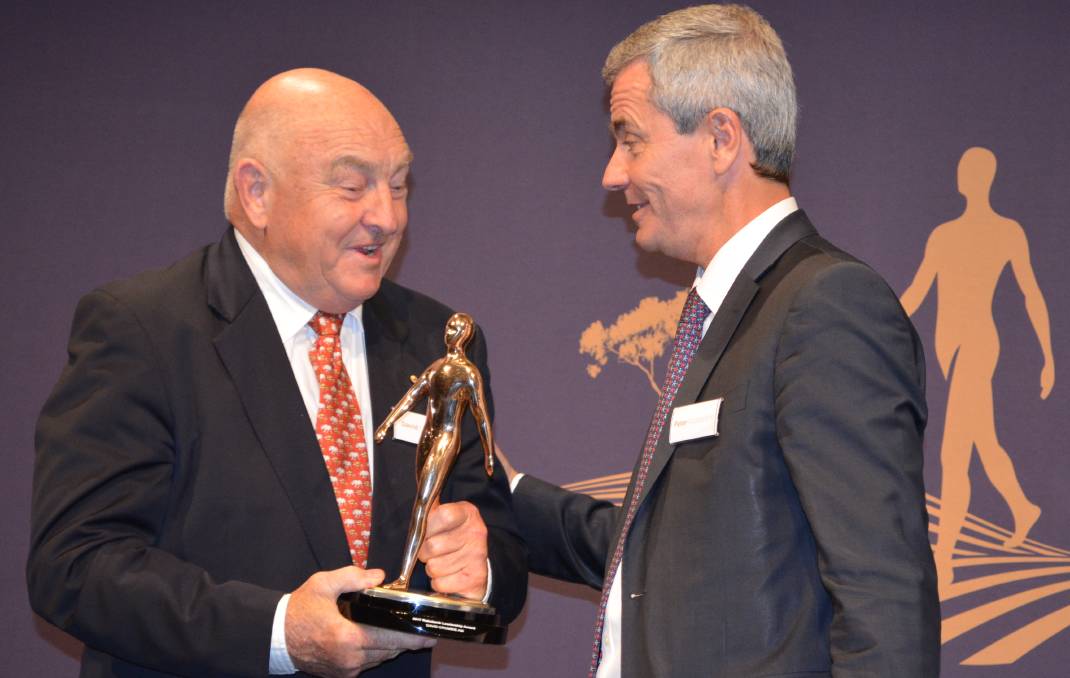 He said various industries, including cotton and horticulture had made impressive marketing inroads in recent years, building relationships with discerning overseas buyers, processors and retailers.

Others, including the meat sector, had endured long and complex periods of adjustment as the entire supply chain, from genetics breeders to marketers, processors and exporters, accepted tougher consumer expectations.

Mr Crombie noted how until the 1970s Australian beef, mutton, dried fruit and other farm products were served up to domestic consumers and the big export trade in Britain just as the season delivered.

When the UK ditched Australia as part of its commitment to the European Union, the beef industry looked to openings in Japan, but was stunned to find customers demanding better eating quality and supply reliability.

“Our immediate response was to say they’ll have to understand how different and difficult our production situation is, and why we can’t deliver in the wet season,” he said.

“Instead we learnt to adapt. Our lot feeder industry developed and we slowly recognised the need to adopt Meat Standards Australia benchmarks throughout the supply chain.”

Mr Crombie said cattle producers learnt to change management and stock handling habits, processors had to accept big (older) carcases were not necessarily what customers wanted to eat despite being more cost effective to slaughter, while wholesalers and butchers reluctantly agreed to age, chill and hang meat differently to get tastier cuts.

He said while a common human trait in agriculture was a determination to survive and prosper despite seasonal, geographic and market conditions varying markedly, that individuality and resolve to get things done must unite to win markets and maximise new opportunities, including developing northern Australian agriculture.

The industry’s many supply chain partners had to work as a team and agri-political messages needed to be simple and focused to ensure policy makers could provide a consistent, macro-level environment for farm sector development and trade growth.

“Government’s role is to provide environments where industries like ours can thrive – better market and investment access (including foreign funds), biosecurity safeguards, energy security and transport infrastructure. The list goes on,” he said.

“But they can’t do that if we don’t speak out as one voice providing coherent messaging to all levels of government.

“It’s a big dream of mine, but I’d like to see our plethora of agricultural representative organisations replaced with just one single national body and a network of state branches.”

The story Ag’s not about you, it’s the customer, says Crombie first appeared on Farm Online.