As long as she's safe in the run, says Winx's part-owner, 87

An ex-bushie who jackerooed after the tragic death of his father is part of the amazing story of super horse Winx, set to equal Kingston Town’s record of  three Cox Plates on Saturday.

It might be a type of luck that Richard Treweeke became a part-owner of Winx when he and his mate Peter Tighe spotted her at the Magic Millions sale on the Gold Coast in 2013 and stumped up $230,000 for the filly.

But it wasn’t luck that made Richard Treweeke there on the day at the sales with enough money to realise a racing dream. It was keeping a Treweeke family history in racing alive - and would then exceed even the wildest dreams of Richard’s grandfather George. And it was a victory over tragedy.

The Treweekes were graziers at Bourke, running sheep at “Waverley Downs” and one out at Wanaaring on the Paroo in the early 1900s.

George Treweeke raced horses all around the bush from Bourke to Hungerford, to Orange. But George also had a hand in some mighty good city gallopers. One of his horses was the best filly of its day in 1941 - Hesione, her wins including the Gimcrack Stakes and the Maribyrnong Plate. She was a half-sister to the great Ajax, who won the 1938 Cox Plate. Richard’s father Swift Treweeke also raced horses but almost entirely in the bush. They  had  a wonderful life and like many graziers rode on the sheep’s back, but also  followed jockeys on the horse back. But life turned for Richard  when his father Swift was killed tragically in a car accident near Bourke. Richard was just a teenager when through a family dispute he was forced from the family farm and took up life as a jackeroo in western NSW. He jackerooed for the Caters near Warren at “Egelabra”, a famous Merino stud. Eventually he moved down to a family farm near Orange, called “Uralla”, but yet another family dispute saw him back up his bags and head to the city in 1950. 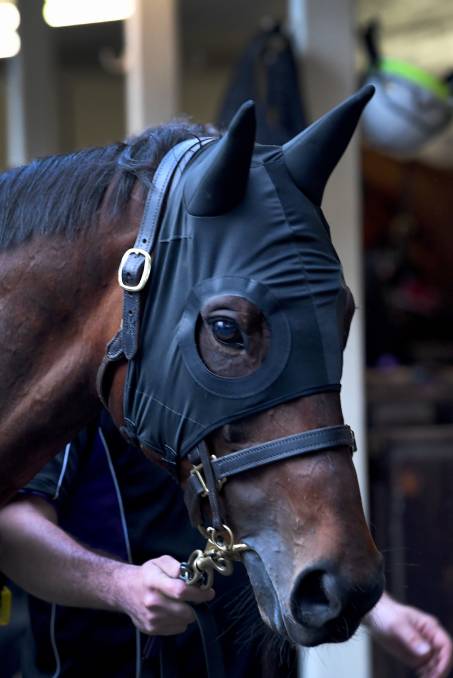 Winx this week before the Cox Plate.

Richard started from scratch  but became an advertising representative pulling in real estate ads for Rupert Murdoch’s News Ltd in Surry Hills for many years, establishing himself. He later  moved into outdoor advertising. He picked up enough cash along the way to buy a few racehorses, which went moderately, but every time he went to the track he found they’d lose. He decided the best thing to do was stay at home - as he will do tomorrow when Winx goes around at Moonee Valley in Melbourne, but that is all to do with the 87-year-old’s health.

It was a lucky January day in 2013 when Peter Tighe and he were looking over some potential racehorse purchases. They’d both had horses with trainer Alan Bailey on the Gold Coast, and this was how the connection started.

Richard remembers seeing Winx for the first time, and it was not the motor at the front that impressed him.

“When I first saw her I thought she was beautiful. I wasn’t looking a her from the front but from behind. She looked very strong from the behind and she walked nicely.” The pair bought the Street Cry filly  and eventually took Debbie Kepitis into the ownership. At the age of 83 his luck had really turned in racing. Winx eventually became the first horse of the many he’s owned that he actually saw win at the track. But he hasn’t seen Winx race for two years. 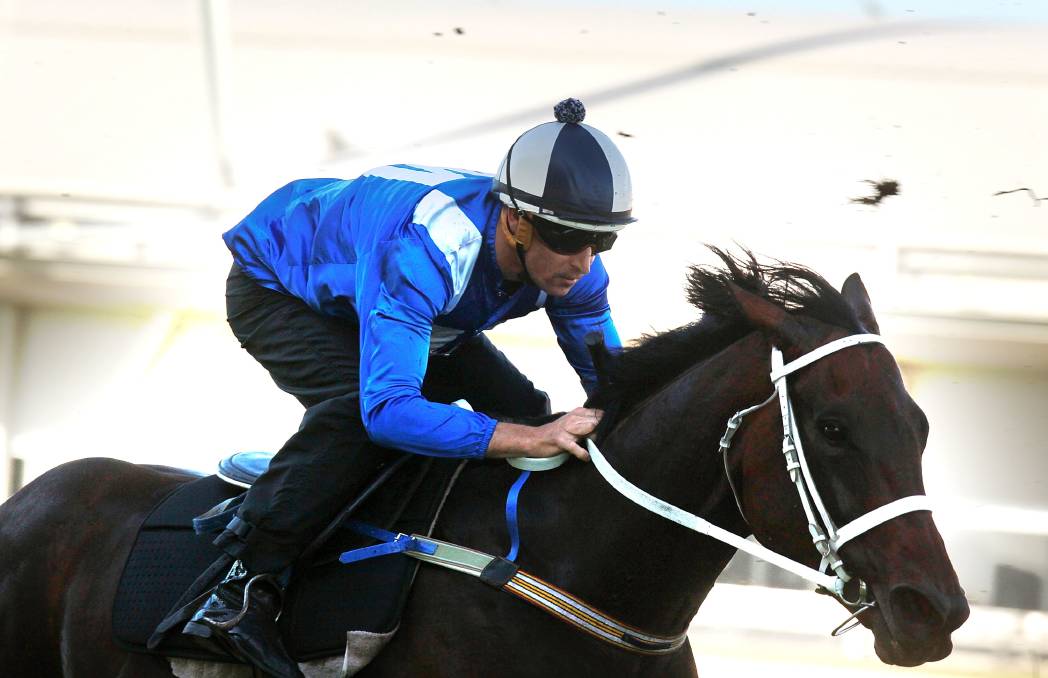 Jockey Hugh Bowman has formed an inseparable bond with Winx. The Dunedoo boy is steeped in horses.

“I’m not well,” he confides. He’s had a couple of falls recently and suffers from vertigo. He can’t travel very far. (but he says he makes the walk to the newsagent to buy The Land every week !).

He’s watched Winx change in her career, and she’s now carrying more weight than ever. But she’s also better than ever. Richard reckons she could win anything if she was trained for it.

“What sets her apart is her stride, she strides faster but not as long as the others. I think she just wants to win.”

He was glad Winx had become everyone’s horse and he gets stopped in the street in Mosman by people who recognise him  from television, asking how the mare is going.

“She belongs to everyone and that’s how it should be. I’m very proud.”

Richard Treweeke in his Sydney home. Pic by Steve Siewert.

Believe it or not, being a racing man, his main concern is not that she wins, but that she gets through Saturday’s run without any trouble or injury. He knows how racing can be cruel sometimes.

If she wins tomorrow she will make it 22 wins in a row. She may start again in Melbourne,  and then head overseas next year to Royal Ascot.

Richard is not expecting any calls from Moonee Valley when Winx more than likely wins tomorrow. Instead he’ll probably get a call from his bush mates at Orange who have followed her exploits closely with Richard. Richard and his mates are life members at Orange Jockey Club (they bought it for $50 way back) and they used to meet at an Orange  pub to discuss racing. The bush connections stick on through the years.

(The Treweekes have another link to great racehorses. A relative of Richard’s (Jean) part-owned the great Gunsynd, who won the 1972 Cox Plate. Her husband was nicknamed Winks !)