Farmers who made hay from this season’s failed crops are finding variations in feed quality, as tests reveal the value of their fodder, according to NSW Department of Primary Industries (DPI). 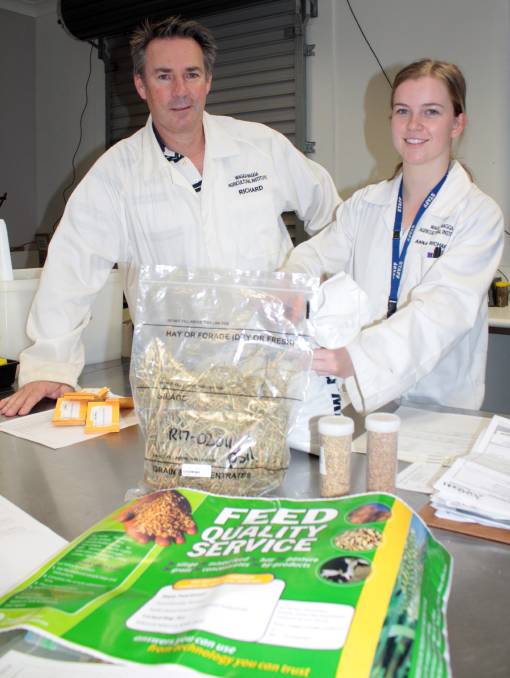 Farmers who made hay from this season’s failed crops are finding variations in feed quality, as tests reveal the value of their fodder, according to NSW Department of Primary Industries (DPI).

“Protein levels varied from a low 6.8 per cent to a very high 23.9 per cent, and metabolisable energy ranged from 8.2 to 10.6 megajoules per kilogram,” Mr Meyer said.

Canola nitrate levels should be tested to manage toxicity risks to animals - some samples had levels over 5000 milligrams per kilogram and care should be taken in feeding stock.

“Failed cereal and canola crops can be a valuable resource in filling the gap,” Dr Clayton said.

“We advise farmers to seek out an accredited feed quality laboratory, especially if they intend to purchase fodder.”

Based at the Wagga Wagga Agricultural Institute, FQS has an ‘A’ rating from the Australian Fodder Industry Association Fodder Testing Proficiency Program and is accredited by NATA.