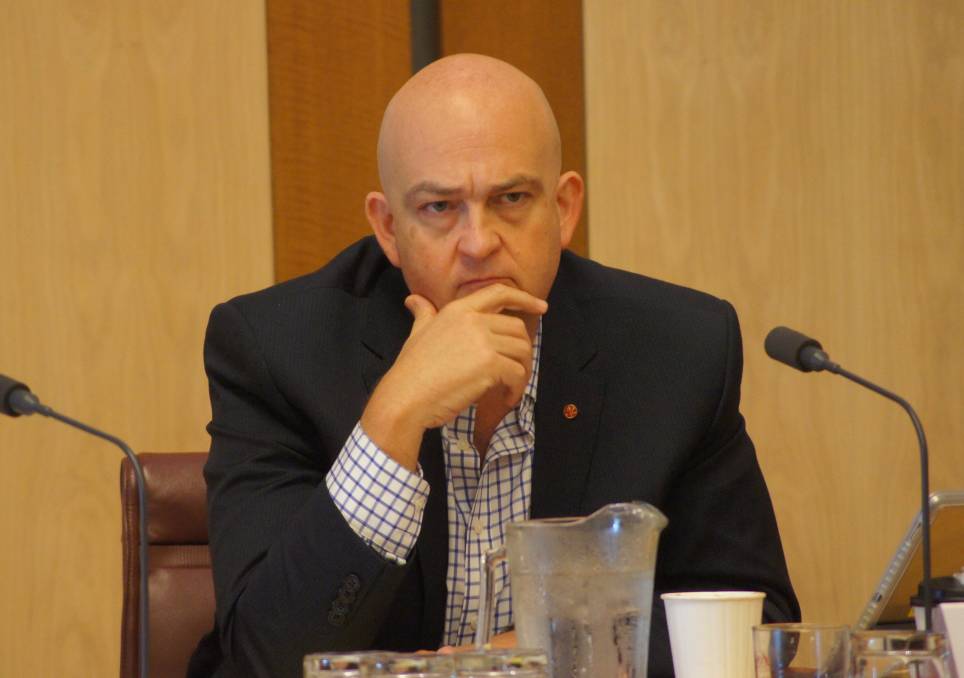 MOVES to force animal rights activists to hand over visual evidence of animal cruelty to relevant authorities promptly are being recharged by the Coalition government.

MOVES to force animal rights activists to hand over visual evidence of animal cruelty to relevant authorities promptly, instead of delaying its release to bolster emotive, anti-farming media-driven campaigns, are being recharged by the Coalition government.

The Criminal Code Amendment Bill was first pursued by former WA Liberal Senator Chris Back ahead of his recent retirement and will now be spearheaded by his replacement, Slade Brockman – a former chief of staff to Finance Minister Mathias Cormann.

The Bill survived the previous parliament and is now due to be freshly debated by warring political factions with varying views on animal welfare standards in agricultural production and the role of animal rights activists, later this week in the Senate.

It aims to alter the Criminal Code Act to include new offences and penalties for failure to report visual recordings of malicious animal cruelty or for interfering with the conduct of lawful animal enterprises, like livestock facilities.

The move was the subject of a Senate inquiry in 2015 which recommended the private Senator’s Bill be passed with amendments, including shortening the time frame required to report any incidents to 'as soon as practicable' to the relevant authority.

The new laws have however been vehemently opposed by Voiceless and other animal rights groups who have described them as “ag-gag” laws that restrict the freedoms and effectiveness of whistleblowers working in intensive farming facilities,  like those introduced by lawmakers in some agricultural reliant US states.

“Legislation such as this will punish and ultimately disincentivise whistleblowers by forcing them to identify themselves to authorities, introducing the risk that they could lose their jobs and livelihoods,” Voiceless says.

“It also removes the possibility for whistleblowers to build evidence of systemic industry-wide cruelty by forcing them to report incidents in isolation only.

“Some of the most important developments in animal protection laws have stemmed from undercover surveillance and the work of journalists in bringing the realities of factory farming to the public.

“Without this information, factory farm conditions will continue to remain shrouded in secrecy and positive reforms will never be possible.”

But Senator Brockman said the Bill was about expediting the reporting of animal cruelty incidents while protecting livestock farmers and others who work in animal-related industries from “malicious campaigns”.

“The Bill was originally put forward by former Senator Chris Back who was a veterinarian a with a great passion for the welfare of animals but also a passion for ensuring farmers and others working in close association with farmers, like the animal handling and processing industries, were protected from malicious campaigns that try to destroy their livelihoods,” he said.

“We had the very ironic situation of where people who were holding themselves up as paragons of virtue defending animal rights were actually sitting on footage of animal cruelty for months and months and months, developing media stories, and not giving that footage and images to the relevant authorities to act on.

“This was seen as a situation that was untenable and should not be allowed to continue and Chris Back drafted this Bill with the aim of trying to correct that wrong.

“With Chris leaving the Senate I’ve taken on carriage of that Bill, as a private Senator’s Bill, and hopefully it will be debated in the Senate, this Thursday, all things being equal.”

Asked why the move had been placed in recess for some time by the Coalition government, Senator Brockman said the reality of private Senator’s Bills was “they’re tricky beasts” to find enough time, to have them properly debated and considered.

“I believe this Bill got trapped in the proroguing of parliament for the 2016 election and was effectively put into abeyance and then had to be recommenced by Chris following the election,” he said.

“It then went in with a large number of other Bills being considered by the Senate, as a private Senator's Bill.

“But I’ve spoken to the (Agriculture) Minister’s office and there is a strong level of support for this Bill right across government.

“At this stage we’ll continue to move it forward as a private Senator’s Bill but I think there would be some appetite from government to having another look at this Bill, if it fails in this venue, to redraft it and then consider it as a government Bill.”

Senator Brockman said he’d been having discussions with the Senate crossbench and at this stage it was unclear how many Senators wanted to speak on the Bill this week or if it would be voted on this Thursday.

“But I have had constructive conversations with the crossbench and certainly have received some support,” he said.

“I don’t expect the Greens will support this Bill but I’d urge them to take a very close look at it.

“At the end of the day, why would anyone want to sit on footage of animal cruelty for one day longer than they need to?

“My strong view, and Chris Back’s strong view when he originally drafted this Bill, was that if anyone has footage or video images or still images of animal cruelty, it should be reported to the relevant authorities as quickly as possible.”

“It is irresponsible for people with evidence of malicious cruelty to withhold that information from the authorities, and by extension, the persons responsible for the welfare of animals,” he said.

He said state and territory police and prosecution agencies were currently responsible for dealing with breaches of the laws relevant to the proposed new offences.

“However, further incidents of criminal trespass, invasions and intimidatory behaviours impacting on the animal industries necessitates the Commonwealth to consider legislative and enforcement activity in this area,” he said.

“Debate and passage of this Bill is important as it will help to protect animal businesses, the animals in their care and employees from threats of death or bodily injury, wilful vandalism, property damage, criminal trespass, harassment, intimidation or breaches in biosecurity that may put the business or health and welfare of animals at risk.”