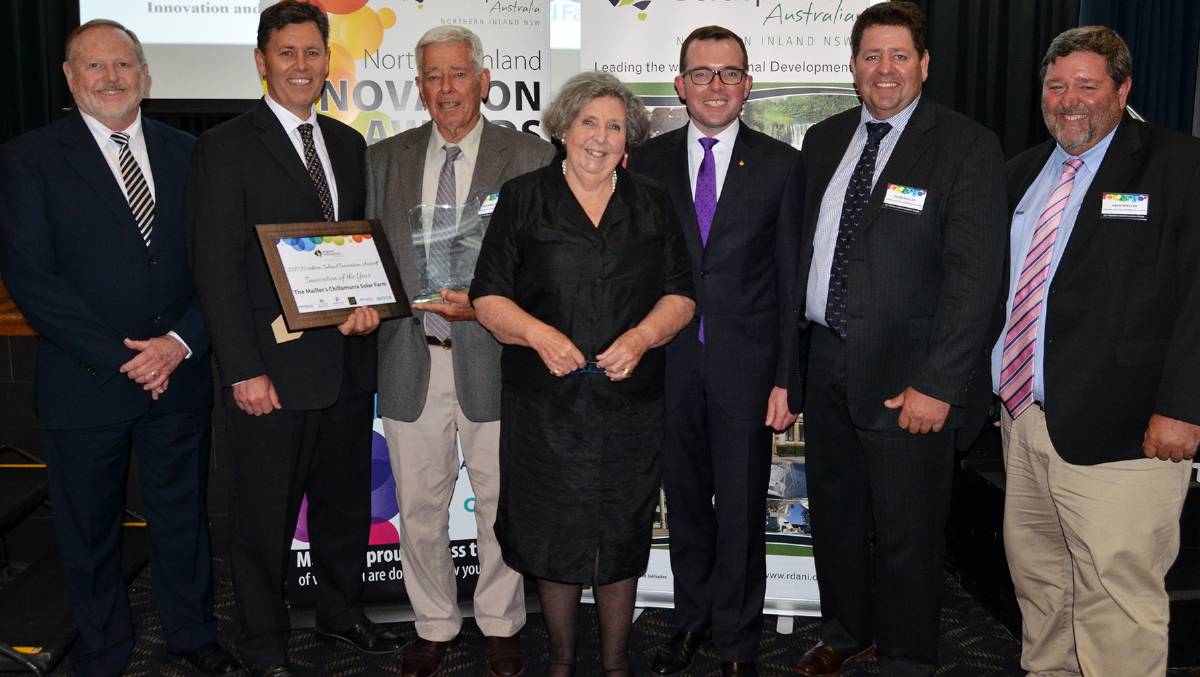 INNOVATION was in the spotlight at the 2017 Regional Development Australia, Northern Inland Innovation Awards (RDANI).

The event, held in Armidale,  saw a diverse range of businesses and organisations compete for a series of awards.

The Mailler families Chillamurra Solar Farm brought home both the Innovation of the Year Award, along with the Optus Manufacturing and Engineering Award.

Accepting the award on behalf of the Mailler family, Michael Mailer said the project was a family effort.

“My son, Robert did the engineering and David coordinated the construction,” he said.

“It was a family effort that did not receive or require any government funding.”

Mr Mailler said the medium scale solar farm is just the beginning, with a second solar farm being manufactured on-site in Queensland.

Based on an innovative peg system, the Chilamurra solar farm is the second largest of it’s kind in the world.

Mr Mailler said the innovation lay in utilising smaller panels, which made the system cheaper to manufacture.

“We have developed a solar farm approach that is simpler and 40 percent cheaper to construct than others of similar scale,” he said.

“The return on investment is over 10 percent.

“We have created a model that other people or groups on the land can replicate.”

Mr Mailler said the plant was turned on in May and had all units working in early July.

The plant has an inverter capacity of 3.6 megawatts and panel capacity of 4.8 MW and is currently producing an average of 28 MW hours per day, he said.

Mr Mailller said the total cost was close to $6 million and the income generated by the electricity pumped into the grid is about $750,000 dollars per year.

RDANI, executive officer, Nathan Axelsson, said awards perform an important role in the region and beyond.

“This is a very focused awards program and every entry tells a significant story of perseverance and achievement,” he said.

“People are often too busy devoting their energy to the every day to think about what is innovative and distinctive about their approach or product.

“Innovation is a key driver of economic growth and enhancement of services in our communities.

“There is much to be gained from identifying, rewarding and promoting our innovators.”