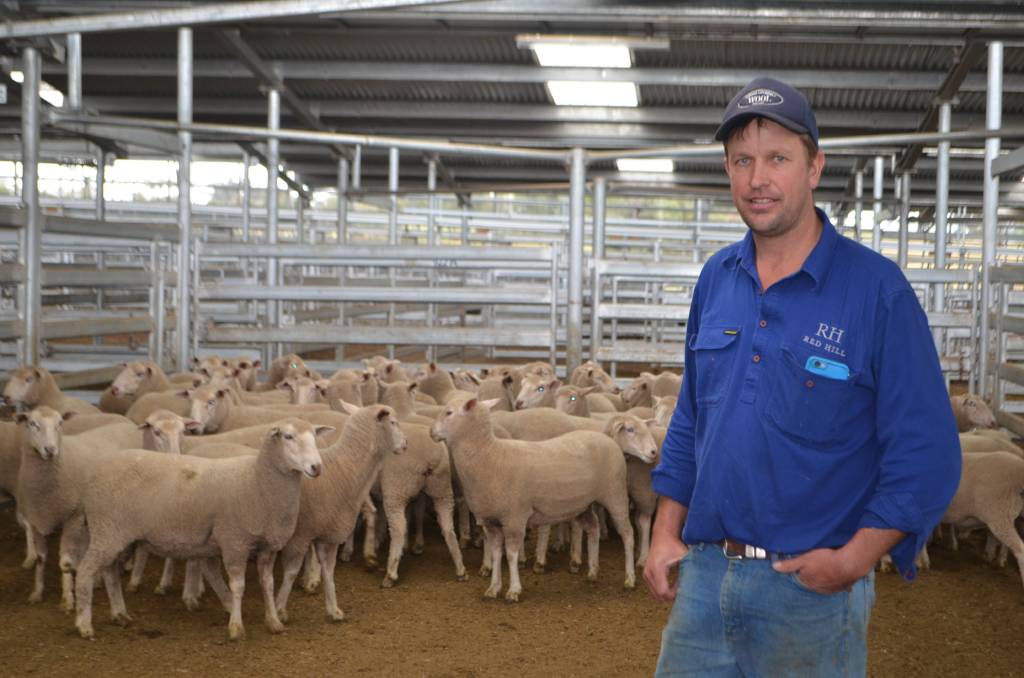 Producer confidence buoyed by the potential for better seasons in 2018 has been backed up by cattle, lamb and wool markets riding on a wave of high prices.

WHAT a difference a few days of rain can make.

Across both prime cattle and lamb markets the prices were up and supply of stock was reduced this week.

For some would-be vendors it was a case of not being able to muster stock in wet paddocks, which means those animals will likely hit the market next week.

This left buyers with little option but to fill orders by paying better prices for properly finished stock.

The Eastern Young Cattle Indicator lifted four cents a kilogram (carcase weight) in the past week to sit at about 582c/kg.

Lambs improved in value too. The NSW Trade Lamb Indicator settled at 632c/kg after early sales this week.

It’s a sentiment that’s been growing across NSW in recent weeks with the Rabobank Rural Confidence Survey, released this week, showing much of the upswing in confidence has been backed by sheep and beef producers.

Rabobank national manager Country Banking Australia Todd Charteris said the sentiment in the NSW beef and sheep sectors was buoyed by the recent rains, with 73 per cent of beef producers and 58pc of sheep graziers who were expecting conditions to improve, nominating seasonal conditions as cause for their optimism.

But the positive sentiment prevailing in the grazing sector was also driven by the ongoing strength in the beef, lamb and wool markets, Mr Charteris said.

“You only need to look at the prices and clearance rates that are being achieved at bull and ram sales to see the positivity prevailing in the livestock sector,” he said.

He said graziers were investing in good genetics, while building up their stock numbers and increasing their trading activity.

The Rabobank survey indicated commodity prices emerged as the biggest driver of improved sentiment in the state’s agri sector.

It was cited as reason for optimism by 74pc of farmers expecting conditions to improve – up from 64 per cent in the previous survey.

THE wool market has managed to claw back some of the correction it underwent last week and the Eastern Market Indicator hit 1676 cents a kilogram last Thursday.

Australian Wool Exchange market information manager Lionel Plunkett, said despite a reasonably large offering of more than 49,000 bales the market managed to bounce back into positive territory once again.

Across the Sydney auctions, the Northern Market Indicator was on 1756c/kg.

Mr Plunkett said with only two sales to go before the annual three-week Christmas recess, buyers were keen to secure market share while the opportunity presented itself.

ALEXA Hearn from AuctionsPlus said it was another steady week for cattle supply online with a total of 10,505 head offered.

She said following the trend from last week, joined females were dominated by heifers.

Ms Hearn said this top price went to a line of Angus cows from Jerilderie.

“These cows are seven years old, weigh 588kg and have been PTIC to Paringa Charolais bulls,” she added.

Another highlight included a line of PTIC Angus heifers from Goondiwindi in Queensland which sold for $1705.

These heifers are 14 to 15 months old, weigh 382kg and have been PTIC to Wagyu bulls.