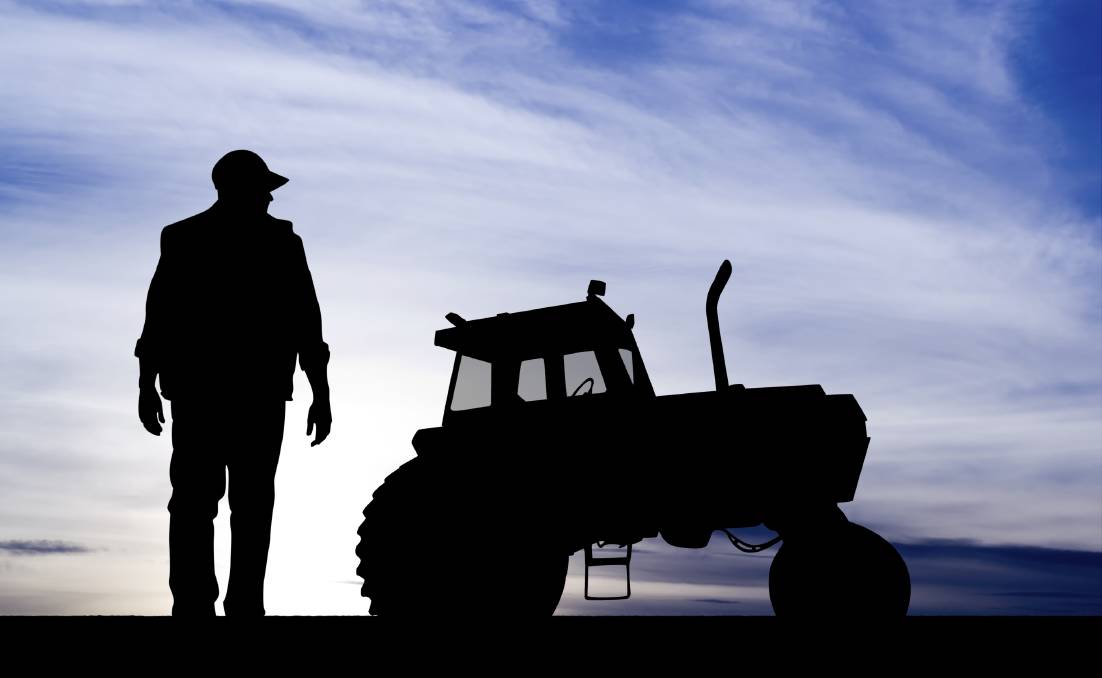 The paper proposes five focus areas to address suicide rates. The first is immediate action on strategies to prevent people who experience suicidality from taking their own lives. The second is to help those who are affected by the suicide of others.

"The way we respond to rural suicide is not working"

THE way we think about and respond to suicide is not working in regional and remote Australia, with a new report showing rural suicide rates are more than 50 per cent higher than in the capital cities.

The Rural Suicide Prevention Position Paper, released by the Centre for Remote and Rural Mental Health on Thursday, shows that despite 161 less deaths by suicide in Australia 2016, the rate per 100,000 people was 15.3 in the bush and 10 in the capitals.

The Centre reported the rate of Indigenous suicide from 2012 to 2016 was 23.7 people per 100,000 - more than twice the rate as for non-Indigenous Australians over the same period.

Decreasing the suicide rates is not just the responsibility of the health sector - Professor David Perkins, Centre for Rural and Remote Mental Health

Centre director Professor David Perkins said while evidence to inform suicide prevention in rural areas was not perfect, it should not prevent governments and communities from taking action.

“We believe that the higher rates of suicide in rural and remote Australia and the current upward trend in rural suicide rates are not acceptable,” Professor Perkins said.

“Decreasing the suicide rates is not just the responsibility of the health sector; it goes beyond health.”

The paper proposes five focus areas to address suicide rates. The first is immediate action on strategies to prevent people who experience suicidality from taking their own lives. The second is to help those who are affected by the suicide of others. 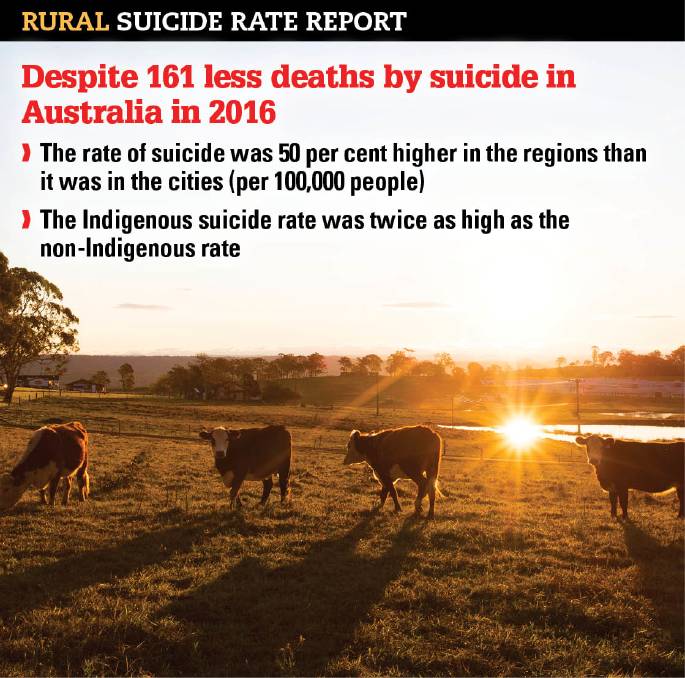 The Rural Suicide Prevention Position Paper shows the rate of suicide per 100,000 people was 15.3 in the bush and 10 in the capitals.

The remaining three look further into the future, including suggestions on how to better support vulnerable groups, how to build protective factors in children and young people, and how to build healthy and resilient people and communities.

Professor Perkins said the paper drew on suggestions and ideas from participants who attended the Centre’s Suicide Prevention Forum at the Sydney Royal Show, and also from the Centre’s own experience and research.

One recommendation is that states should establish their own policy units to advise the Premier and Cabinet on rural suicide prevention.

“These units should develop short and longer-term plans for reducing the rate of suicide in rural areas and establish a multi-sector expert panel that includes regional representation,” the report says.

Local communities also have a role to play, according to the report, and are best-placed to identify local opportunities for suicide prevention.

“It can’t be one size fits all approach; these strategies must consider the unique social, economic and environmental strengths and weaknesses that exist in individual rural communities,” Professor Perkins said.