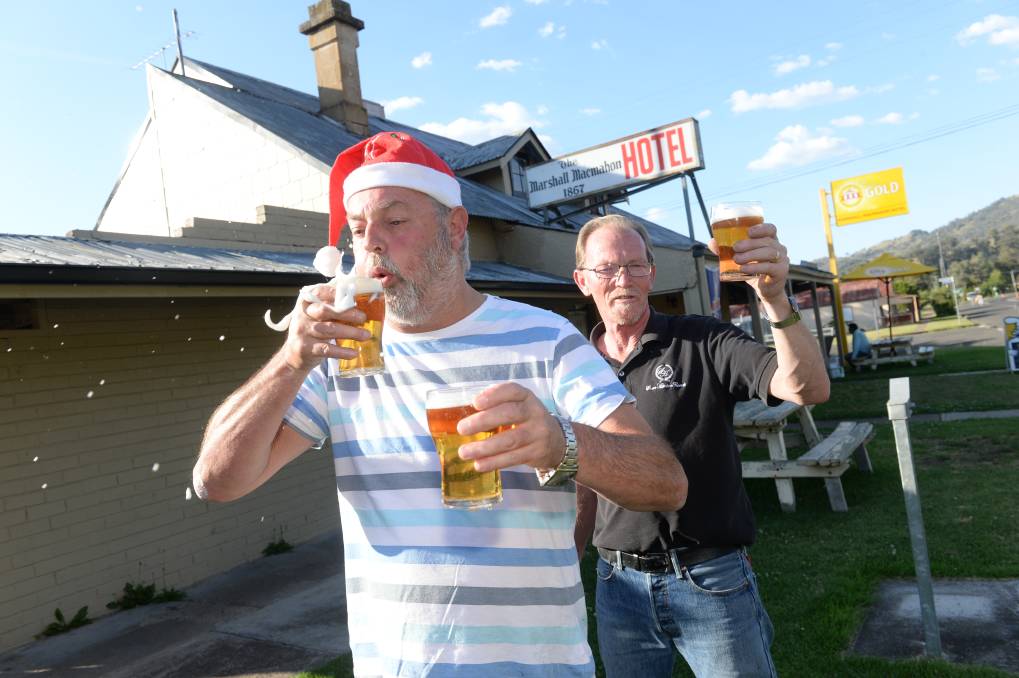 We have come up with a list of Aussie slang saying to laugh at over Christmas dinner. What's your favourite (clean) saying?

Australian slang is an important part of our every day vernacular – it’s what makes this nation a “bonza” place.

To the outsider, it must seem like a second language, but just in case there are some identity issues – especially given the citizenship debacle that plagued federal politics this year – the team at The Land has provided readers with a refresher on a few Aussie-isms.

Our team has been like a ‘dog with a bone’ scouring the country for the best quintessentially Australian sayings.

We’ve taken them from across the state, including during visits to shearing sheds at places like Wellington in the Central West where the back breaking work had a few of the crew as “sweaty as a shearer’s armpit”, as well as from pubs like the Wallabadah hotel along the New England Highway where we “blew the froth off a couple”, literally.

The sayings describe everything from characteristics of people, like the “cut of someone’s jib” to the weather, and whether we are hungry or not.

Then there are colloquialisms including “too right”, “you little ripper”, “she’ll be right mate”, “I wasn’t born yesterday”, “I didn’t come down with the last fall of rain” and “no worries” that we seamlessly throw into everyday conversation.

Many have even made it into the pages of the dictionary. So when you, our readers, are throwing a ‘prawn on the barbie’ for Christmas lunch, here is a list of the best we have come up to laugh about around the dinner table. Doesn’t get any more Aussie than that.

Teeth so crooked he could eat an apple through a tennis racquet: A bloke that has crooked teeth.

As useful as a hip pocket on a singlet: The person is not very useful, or should we say, as useful as “teats on a bull”.

Rough as hessian undies: Someone who is uncouth.

He ain't the sharpest tool in the shed: Not very bright.

Daggy: Scruffy (not what hangs off a sheep’s backside), or not cool.

She can talk underwater with a mouth full of marbles: Someone who doesn’t shut up and talks a lot.

As flash as a rat with a gold tooth: Dressing ostentatiously (very smart).

Going off like a frog in a sock: Super, super excited.

You can’t put in what God left out: Clearly you are not born with a natural talent.

A few tinnies short of a slab: Not very bright.

I’m full as a fat lady’s sock: You couldn’t have one more bite and you are full.

Better than a poke in the eye with a blunt stick: It’s better than nothing.

May an emu come to your house and kick your dunny door down:  I want you to have some bad luck.

Two shakes of a lamb’s tail: When you do something quick.

Tickle me pink: Something someone has said or done has delighted a person.

That's a chip off the old block: A person who resembles their parent.

A dingo's breakfast: Means no breakfast at all.

Flat out like a lizard drinking: You have been working hard.

Like a shag on a rock: Abandoned or lonely.

Up and down like a dunny seat: Changing your opinion.

Couldn’t hit a bull in the backside with a handful of wheat: It usually describes a useless sports person.

So windy it will blow a drover’s dog off the chain: It’s windy.

Lower than a snake’s belly in a wheel rut: Someone who has no moral standing.

Catch you round like a rissole: See you later.

He is carrying on like a pork chop: Behaving silly.

All feathers, no meat: No substance.

Having a Barry Crocker: A person is having a shocker.

Fit as a mallee bull: In good physical health.

A roo loose in the top paddock: A bit daft.

Fair shake of the sauce bottle/fair crack of the whip: Give someone a chance.

Happy as a pig in mud: Extremely happy.

He can drink like a camel: He can hold his beer.

Dust up: A fight.

Hit the frog and toad: Let’s get going.

Cost big bikkies: When something is expensive.

Crook as a dog: Unwell.

Knee high to a grasshopper: Very small or young.

Knuckle sandwich: A punch in the face.

Not playing for sheep stations: When someone plays competitively.

That’s not a knife, this is a knife: As actor, Paul Hogan, in the iconic Australian movie Crocodile Dundee pointed out – he had a big knife.

As the crow flies: The distance as a crow would fly.

He kicked the bucket: He died.

Get some shut-eye: Having a sleep.