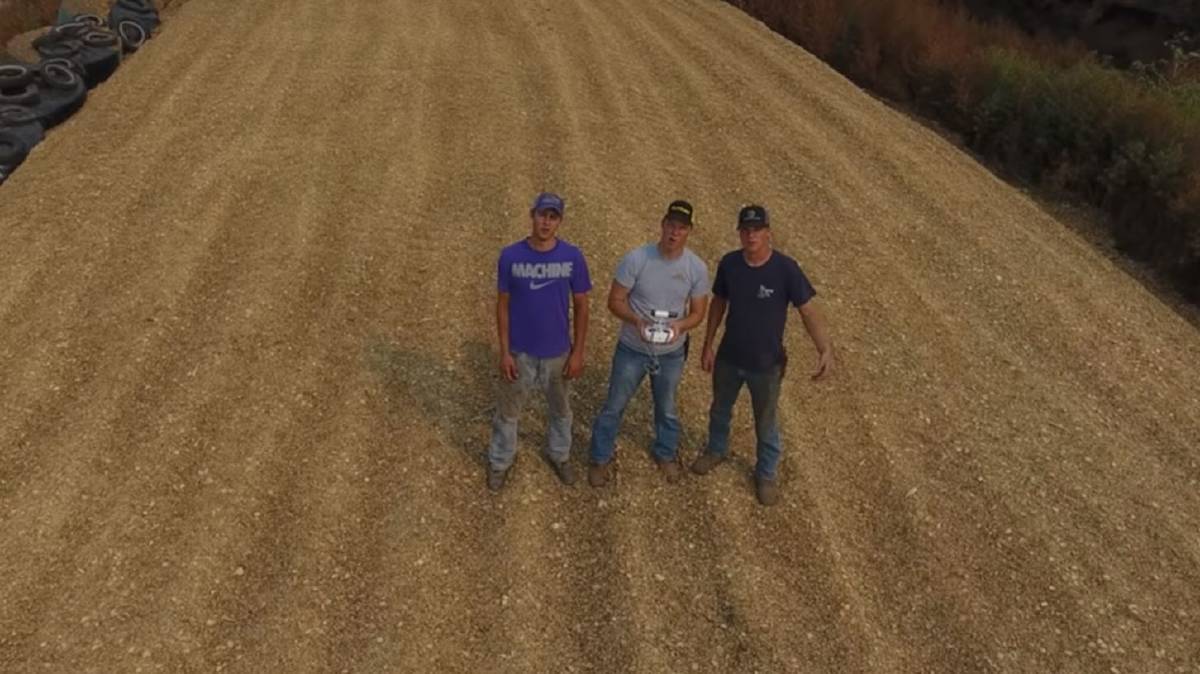 A still from the Forage Harvester clip.

The Peterson Farm Brothers have taken on Skillet’s song Monster.

What better way to enjoy Christmas Day than enjoying another parody tune from The Peterson Farm Brothers.

This harvest season, the brothers – Greg, 26; Nathan, 23, and Kendal, 21 – have turned their parody skills to Skillet’s song Monster.

In typical style, the song has been given a farming bent, with the parody version called “Forage Harvester”.

The video clip also features some cracking aerial harvest shots from their Assaria, Kansas, US, property.

Earlier this year, they turned their musical eye to Ed Sheeran’s track “Shape of You”.

The brothers reportedly filmed the whole song in one weekend – check it out here:

And if you’re not 100 per cent sure who the Peterson Farm Brothers are check out some of these ones from their earlier catalogue:

From 2015 is Farmers Feed The World – a parody of Watch Me, Hit the Quan, Uptown Funk:

And here’s when they took on Roar by Katy Perry: