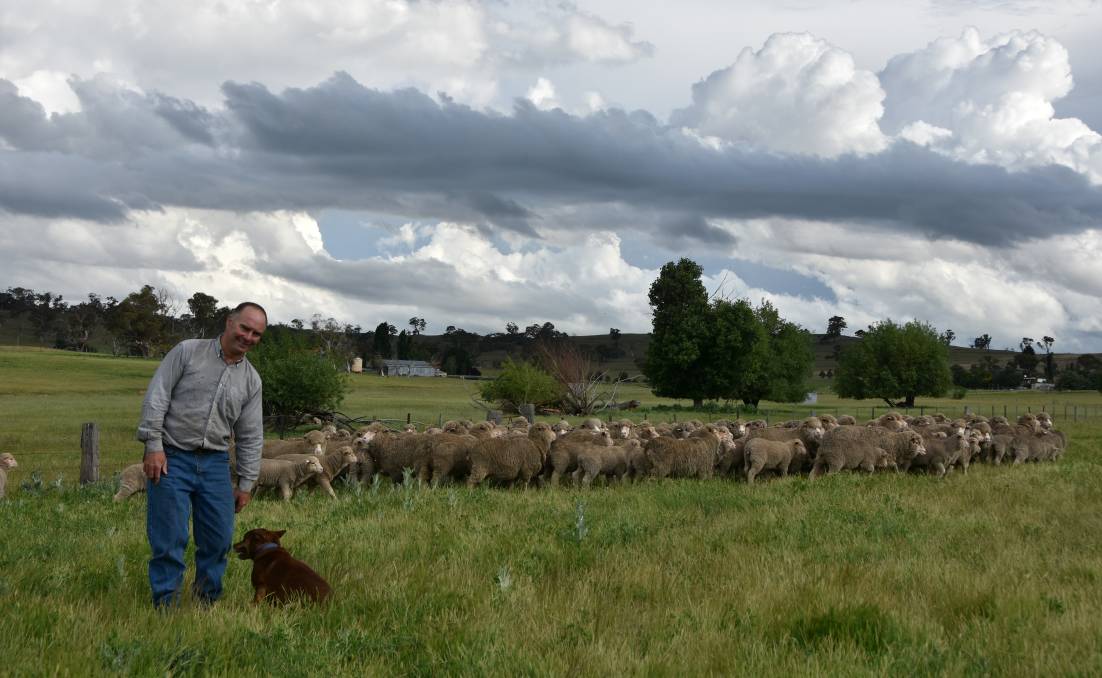 On the Monaro, the quest for the golden fleece is no legend, it’s a woolgrowing victory fashioned over the decades, making finer wool but increasing fleece weights. Access to top stud stock, improved pastures and adapting shearing times has created the legend.

Steve Blyton from TWG Cooma has seen average microns for the Monaro reduce from 21 microns to about 18 microns due to “breeding being so good in the area”. Some growers have seen a 3 micron improvement in their flock fleeces with fleece weight gains.

With 100mm of rain in late spring things have improved dramatically. On “Matong” in one paddock he has a flock of fine-looking maiden ewes  with August-September drop lambs from Hazeldean rams. He had high scanning rates of 150 per cent in the past and getting high birth rates now through improved pastures. Previously he struggled to get 70-80  per cent lambing rates at marking, but has now lifted this to 90 per cent.

About 12 years ago he attacked lovegrass and couch on Matong. “I was able with these two things, the influence of Hazeldean stock and cutting the lovegrass, to  improve my fleece weights. The microns have grown finer with weaners and hoggets getting as low as 17 to 17.5 microns, with 19.5 microns the top end of the merino range. Fleece weight of ewes now average 7kg or better.  It’s been a win-win situation with no crossbreds.” He changed his shearing regime. He now shears hoggets in May instead of October and ewes in March instead of December.

Hazeldean managing director Jim Litchfield said the ‘success’ was seen through Australian Sheep Breeding Values (ASBV), and the success of progeny testing. “In October this year the average ASBV for yearling fibre diameter across the industry was -1.1 microns. Hazeldean sale rams averaged -1.9 microns. With yearling fleeceweight the industry average was +11.4% whereas Hazeldean rams averaged +20.9%. It can be seen that it is possible to breed sheep that cut heavy fleeces of low micron wool.”