RELATED: Support available for workers, others

Thomas Foods International will increase production at its Lobethal and Tamworth meat works, and increase its workforce at both sites, following the fire at its Murray Bridge facility.

However, it will not reopen its facility at Wallangarra, Queensland, which closed its doors in 2016.

In a statement released this afternoon, the company’s CEO, Darren Thomas, said he was continuing to focus on ensuring the best possible outcomes for staff.

“We remain committed to Murray Bridge and rebuilding our local processing operations,” he said.

“The long-term and sustainable approach to the recovery and rebuild following the Murray Bridge fire requires an enormous collaborative effort involving many other organisations and authorities that provide much-valued support.

More than 1000 Thomas Foods employees are still waiting to hear what their futures might hold.

All were granted paid leave until next Friday, January 19; the company is still finalising its long-term plans.

Employees who seek work elsewhere have been told they will be welcomed back so long as they do not resign, and return on the first day they are needed.

A barbecue for workers will offer some respite tomorrow, January 12, and another town hall meeting is expected within a week. 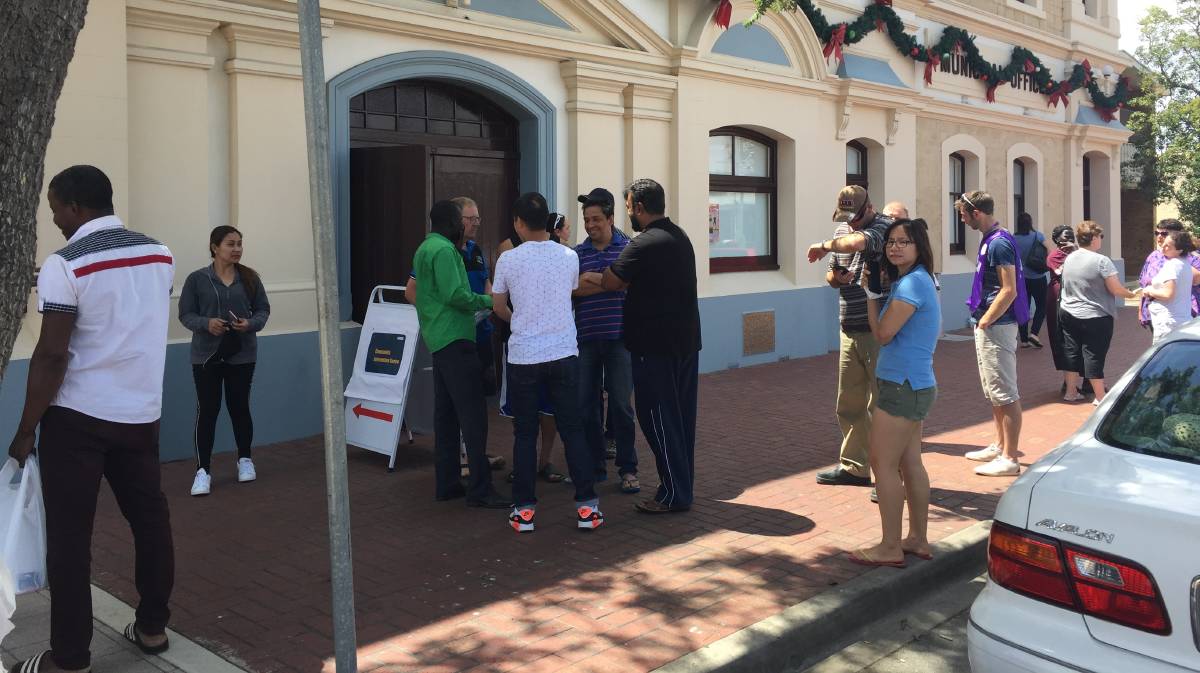 While Thomas Foods International’s 417 visa workers have had their employment terminated, all 457 visa holders and permanent employees remain on the company’s books.

At a meeting at Murray Bridge Town Hall on Monday, Australian Meat Industry Employees Union officials confirmed that the company's permanent workers would be paid as normal for the days following the fire, and would be granted two weeks' leave from January 8.

Workers who did not have enough leave owing would be offered another arrangement.

Employees who sought temporary work elsewhere would be welcome to return to Thomas Foods so long as they did not resign, and showed up to work on the first day they were asked to come back.

"Both of us are heading in a direction together on this," an official told the meeting, recorded by radio station 5MU.

"We're going to be very open and informative to each other ... you'll have access to information as soon as it becomes available to us."

He said union officials would meet with Thomas Foods management every couple of days as plans came together.

"There's no immediate answers in the beginning," he said.

"The company's going through their process now.

"We were at their offices today and they had three visits from insurance companies and so on.

"There's a lot of process that goes forward here, it's a long haul."

Another meeting for affected employees will be held within the next week.

The company has ended the employment of its workers on 417 backpacker visas, who The Standard understand number in the hundreds.

The rest of its workforce remains employed and will begin two weeks’ leave today while the company sorts out its plans.

Thomas Foods’ senior managers met with the Australian Meat Industry Employees Union this morning and have agreed to work collaboratively to ensure the best outcomes for staff.

“Our family company is committed to Murray Bridge and we are taking a long-term and sustainable approach to the recovery and rebuild,” CEO Darren Thomas said in a statement.

“We are not in a position to provide any further detail on our employment strategy.”

He said the full extent of the damage caused by the fire had not yet been determined, as it continued to burn in a basement.

“The site will require significant repair and upgrade, but we are committed to rebuilding,” he said.

Thomas Foods International will be back "bigger, better and stronger", but chief executive officer Darren Thomas' said staff were his focus in the wake of the fire at its Murray Bridge meat works.

"The most important thing to me is the staff and the wellbeing of our workers," he said.

Some will redeployed to Lobethal, and there exists the possibility that disused facilities elsewhere could be recommissioned.

He refused to speculate about whether redundancies would be required, and said it was too early to say how the temporary closure of the meat works would affect its migrant workers.

But he said a control centre would be set up in Murray Bridge, with hotlines and other resources available to support workers.

He flatly denied that the meat works would close.

"We were well insured and prepared for these things," he said.

"It is not the first time an event like that has happened in the industry."

He said the company would be able to fulfil its international and domestic orders and that meat eaters need not worry.

"We've been making arrangements ... for our beef to be processed at other sites," he said.

"We're able to manage all our existing orders through our other two plants.

"You'll see a little disruption to meat; you're certainly not going to see a shortage of meat in South Australia or Australia.

"As the extent of the damage becomes clearer, we'll understand what the next step is going to be."

He said the animals due to be taken through the abattoir had been sent to other sites, and praised the staff who had evacuated them safely and in accordance with industry standards.

Beyond the abattoir, he said there had been minimal disruption to Thomas Foods' other operations, and that its buyers were still out buying livestock.

He said he was humbled by and grateful for the supportive messages he had received from Murray Bridge, and that he would visit the charred facility this afternoon or tomorrow.

He and his family were taking their first holiday in more than a year when the phone call came last night.

Workers' safety and wellbeing is Thomas Foods International's highest priority as the company reels from the partial destruction of its Murray Bridge abattoir.

In a statement issued on Thursday, chief executive officer Darren Thomas said support and counselling services would be made available to all staff.

Meanwhile, customers' needs would not be forgotten either, as alternative processing arrangements would be made "across our group operations and networks".

"Thomas Foods International is a resilient company and we're committed to our world-class operations at Murray Bridge," he said.

"Once we have a full understanding of the nature of the damage, we will begin planning the necessary repair work to ensure the site is back to capacity in processing the highest quality Australian meat for our national and export markets as soon as possible."

He, Agriculture Minister Leon Bignell and the Metropolitan Fire Service's Phil Killsby spoke to the media at Thomas Foods' Adelaide headquarters at 2pm on Thursday, as shown in the video above.

"We survived the millenium drought, and we will survive this", MP Adrian Pederick has pledged in the wake of the fire at Thomas Foods' Murray Bridge meat works last night.

The fire caused significant damage to the facility, and will likely be felt throughout the regional economy.

"For every job here, five or six jobs in the community are reliant on this facility," Mr Pederick said outside the meat works this morning.

"It will have an impact on the town, but we're very resilient."

He said senior staff had committed to working through the disaster.

"The Thomas family are very keen to keep every one of those 1400 jobs employed, and very keen to get this building back into shape," he said.

"This is a company that has been decades in SA and Thomas Foods are dedicated, so they will rebuild, they will get on."

He called for the state government and Premier Jay Weatherill to make sure the company's 1400 workers received adequate income support and counselling.

After all, he said, there were currently more workers at Thomas Foods in Murray Bridge than at Holden's Elizabeth factory when it closed.

Agriculture Minister Leon Bignell said the state government was working with the company to ensure it could fill its processing and export orders.

"We know they have another processing plant up at Tamworth in New South Wales, some of the work can go there; there's also a chance of taking about 20 per cent of the work to Lobethal," he said.

"We'll be working as a whole-of-government approach with the company and places like Centrelink to ensure we can stand side by side with Thomas Foods and their workforce, to get them back on track as quickly as possible.

"We also want to make sure Thomas Foods can fulfil their export orders as well, to ensure that they retain their place in the various marketplaces around the world."

He said he had also been in touch with the Murray Bridge council.

Thomas Foods International’s Darren Thomas is scheduled to hold a press conference in Adelaide at 2pm.