Quality continued to flow in week two of the north east calf sales at the Northern Victorian Livestock Exchange.

Good quality led to solid prices in the first of the all breeds calf sales at the NVLX’s Barnarwartha saleyard.

Corcoran Parker, Wodonga, offered a modest yarding of 1870 steers and heifers, which did include some yearlings.

Most of the cattle had been weaned, and weaned well with conformation and condition a stand out. While there was a broad spectrum of areas represented in the buying gallery, one buyer from Scone, NSW, and Landmark International, for a future live export order, traveled the distance. Most of the competition came from local and surrounding districts.

Over the past twelve months, competition for European breed cattle to grain feed, has waned, and this lack of competition was noticed today.

Formally selling at rates well above all other breeds, European breeds now equal that of most others.

Demand for heifers varied, and similar to the previous week, prices were very solid. A few buyers commented that heifers, being heifers, sold very well compared to their brothers. 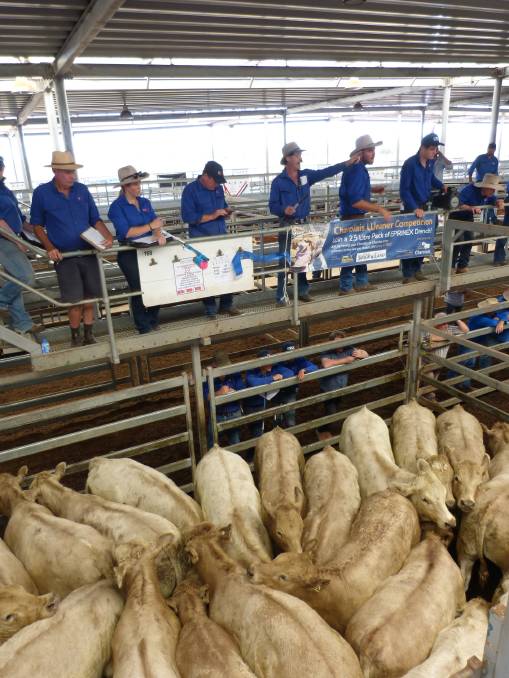 Rangan Charolais, Charleroi, was awarded the best presented pen of Charolais steers at the Corcoran Parker all breeds sale, Wednesday. These 22 high quality steers, 8-10 months, weighed 427kgs, and sold for $1310.

Top of the heifers was M&E Turner, Red Bluff, selling 22 Charolais-Angus heifers, by Rangan Charolais bulls. These sold for $1135. Equal to this was McGahy Past Co, Yarck, selling Webb’s & Brewer’s Black Simmental bred heifers to $1135 with a pen of 39 head making $1030.