Wodonga's independent agents had a good yarding of cattle, but after the previous days, prices were expected to be lower.

Commencing on a reasonable to good quality offering of yearling steers, which were included in the offering of 3774 head, saw strong feedlot competition set a good trend for the day at the Northern Victoria Livestock Exchange. Helping out their dads at the Barnawartha saleyard,was Riley Shannahan, and brother Paddy, right, Harry Hiscock, centre, and Kye Theile.

The surprising outcome was that most sold at rates equal to 292-307 cents per kilogram liveweight.

Reports from the Western District the previous day, indicated that prices would be easier here at Barnawartha. However, this was not the case, as most 2017 autumn drop steers sold for the equivalent of 307-359c/kg.

Many of the steer calves weighed between 340&427kgs lwt, and their condition was very good. It was a site to see, as there are few sales these days where one can see several lanes of Herefords line up.

Competition for steers for steers purchased by feedlots, to either grain feed, or background for future feeding, was very strong.

Included in the larger penning were numerous pens of Charolais steers, and their crosses, Black Simmental and Hick’s Composite steers, and some Limousin steers. 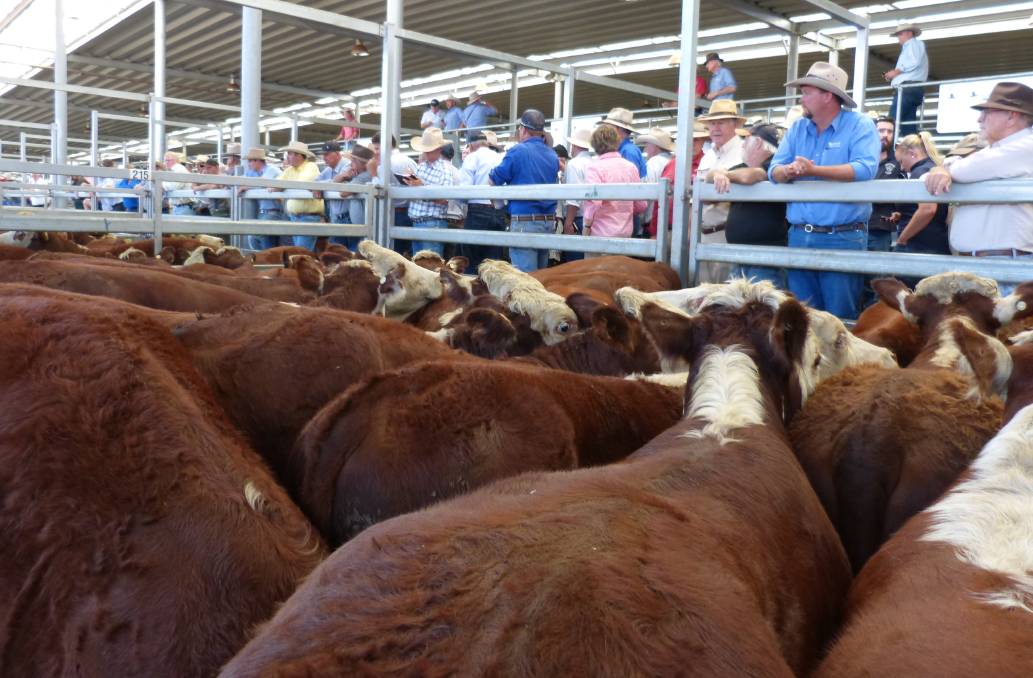 Hereford steers dominated the first three lanes of the independent agents calf sales, Thursday, at Barnawartha. Selling mostly from $1100-$1295 was a strong result.

The sale of yearling and younger heifers was another story. Despite some solid competition, prices were cheaper, generally over all weights and condition.

At the bottom end were some very good condition yearling heifers that sold to $1000, or just over 238c/kg lwt. At the top end was three pens of lightweight, store condition Angus heifers, which were offered by Brigalows Past Co, Cudgewa, selling 110 head for $760. All were weighed, and they equaled 327-394c/kg lwt.

In between were many pens of heifers selling from $820 to yearling heifers at $1190.

GL Prichard, sold their entire drop of 138 Angus-Hereford, and Angus-Shorthorn, EU accredited heifers from $820-$1100. Princess Royal Station purchased the top two or three pens to head to South Australia. Over all of the Prichard heifers, liveweight prices equaled 280-328c/kg.

This result was a good indication of the spread of liveweight prices, but most sold from 270-295c/kg lwt.