Recent sharp declines in chickpea prices has presented farmers with a dilemma for rotation crops for the 2018 season. 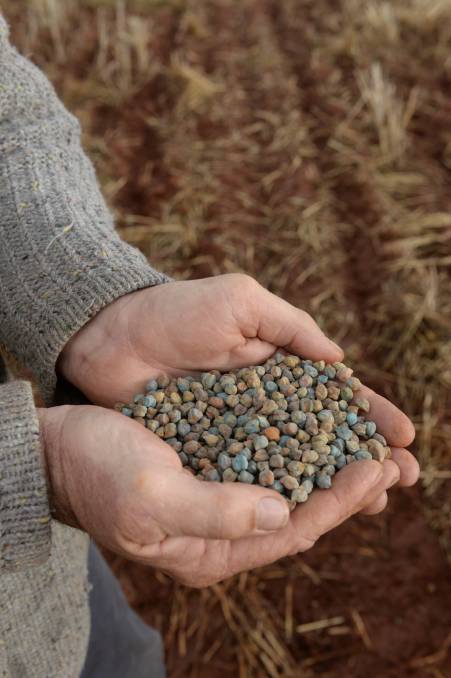 Exporter bids for chickpeas is back to $600 a tonne delivered into the Darling Downs packers following the imposition of the Indian import tax.

RECENT sharp declines in chickpea prices has presented farmers with a dilemma for rotation crops for the 2018 season.

Chickpea plantings have been progressively expanding over the past decade.

This has been partly due to the rotational benefits of these crops but also the superior financial returns above the traditional cereals crops of wheat and barley.

This pattern of expanding pulse plantings will be tested in the coming months when farmers finalise seeding arrangements for autumn.

Chickpea prices have suffered after the Indian government imposed a 30 per cent import tariff in December following a bumper domestic harvest.

Exporter bids for chickpeas is back to $600/t delivered into the Darling Downs packers following the imposition of the Indian import tax. Bids have since recovered to $650/t on exporter short covering, nonetheless values are sharply lower on pre-import tax levels.

Canola prices have also come under pressure in recent months as it became apparent that global supplies were more comfortable than earlier thought.

Larger than expected harvests in Canada, Europe and Australia has seen Australian prices tumble $60/t since November. Declining returns from chickpea and canola will be another factor farmers will be assessing as they look to finalise which crops to plant in the autumn.

Good news has been a rarity in global grain markets in recent year’s but the preliminary outlook into the 2018-19 season may offer reason for measured optimism for global wheat prices.

In its latest monthly forecasts, the International Grain Council said it expected the global wheat harvest area to contract by one per cent in 2018-19, as farmers react to the low prices.

IGC expects continued robust growth in food demand for wheat with record demand into Asia and Africa, with world trade projected at a new peak.

Although it’s still early days for the world 2018-19 season, IGC projected the first stock declines in six years is possible, mainly in the major exporting countries.

It said global would stocks would shrink by around six million tonnes to 248 million tonnes, under the average yield and stronger demand assumptions. It’s premature to be getting excited about global wheat prices.

A stock contraction of six million tonnes is modest given that global stocks have soared by more than 80 million tonnes since 2012-13, but it would be a step in the right direction.

Northern grain prices extended gains in the past week as the hot, dry weather conditions take a toll on sorghum crops.

Brisbane and Newcastle sorghum bids are rapidly approaching $300/t. Strength in the market is also supporting wheat and barley prices.