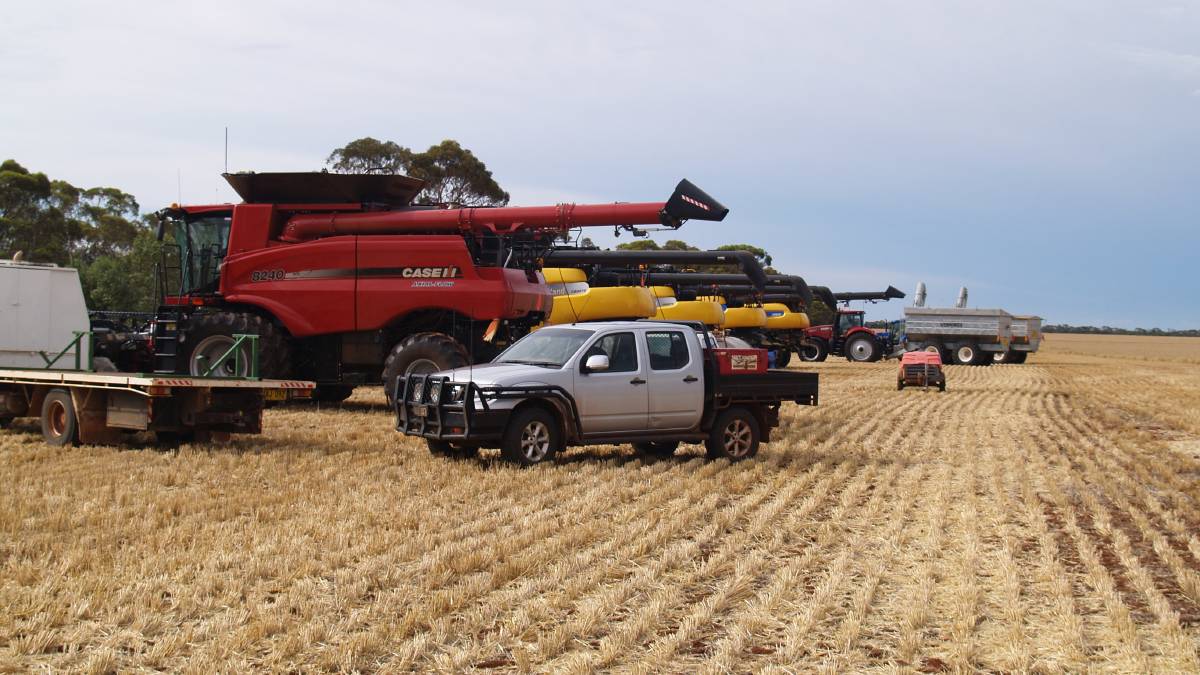 About three years of focused work by Australian Custom Harvesters to increase professionalism and safety in the industry has brought insurers into discussions during the past 12 months to help keep insurance premiums down.

More than 12 months of talks between harvester owners and insurers is forging new understanding between the parties and could keep a lid on premiums.

AUSTRALIAN Custom Harvesters, insurers, underwriters and re-insurers have been working behind the scenes for a year to address issues resulting from a spate of fires during the 2016 harvest.

Since March last year the groups have worked with insurers and re-insurers.

Mr Gribble said insurance companies had recognised shortfalls in policy and increased their knowledge of how the contract harvesting industry operated. “We’re now 90 per cent of the way there,” he said. The hard work began to pay off when German re-insurers Munich Re travelled to Australia last year, spoke with Custom Harvesters, and took a ride on a machine to learn more about the industry the company is helping to back up.

The industry approached the issue sensibly and got in touch with the right people. - Trevor Verlin

Mr Gribble said insurers admitted they hadn’t really understood how the business of contract harvesting worked. On February 16 a Lloyds of London underwriters syndicate representative will travel from the UK to Melbourne to speak at what is being dubbed as “Partners in Progress”. The event will be at Rydges Melbourne from 9am until 3.30pm. Mr Gribble said insurers would explain how the insurance industry worked and the risk factors insurers consider, all of which go towards defining premiums. Custom Harvesters outgoing executive officer Trevor Verlin said the message of the past 12 months was that the “industry approached the issue sensibly and got in touch with the right people”.

“It’s a good example of agricultural bodies working together,” he said, and a case of “having insurance based on facts”. Mr Verlin said he believed it would not be just harvesters that benefited but that insurers were taking a good look at agricultural machinery across the board.