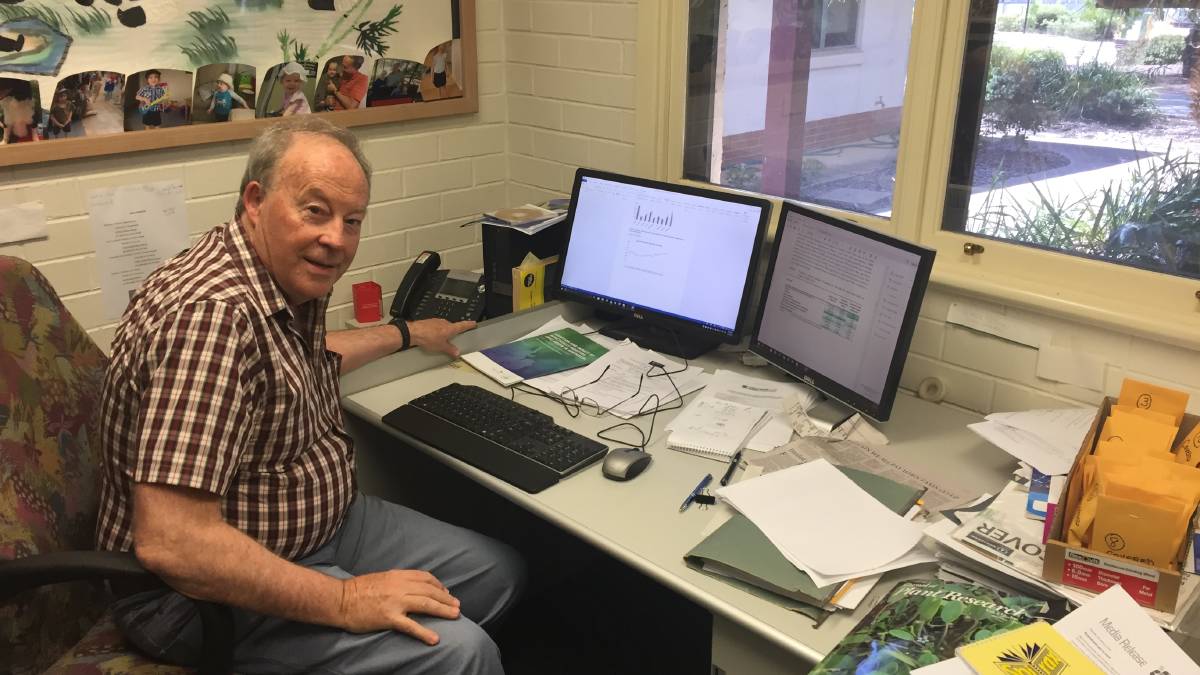 Jim Pratley's career has been long, and he has had the privilege of watching agriculture's world evolve.

Jim Pratley wrote the book on crop agronomy in Australia - literally. This is his story.

JIM Pratley is currently engaged as an Emeritus Professor at Charles Sturt University, Wagga Wagga, along with fulfilling the role of secretary of the Australian Council of Deans of Agriculture.

It has been a career both satisfying and influential, but the path toward an academic career wasn’t clear when Jim completed his secondary schooling at Bathurst High School and enrolled in the Wool Technology course at the University of NSW (UNSW).

He grew up on the family farm 20 kilometres out from Bathurst producing first-cross lambs and wool, and his family’s intention was that he would return home once he had completed his tertiary education.

“But like most plans it didn’t quite work out given that my parents sold the farm before I finished uni,” Jim recalls.

“I then looked around to see what else I might do and maybe a career in the academic world might be worth exploring.”

There wasn’t a text book on crop agronomy in Australia when I came, so I set about writing it with several colleagues and that still remains the main text book in agronomy.

Having set his mind on that path, Jim was required to undertake study for a PhD focusing on selenium nutrition in grazing livestock, which he completed at the UNSW.

“That was really the start of my academic career,” he said.

A year at the Wellington Field Station run by UNSW studying lucerne utilisation started Jim on his interest in livestock nutrition, and he then successfully applied for a position at the Wagga Wagga Agricultural College starting in 1972.

“I thought we might try it out for three years and see how it went, but several decades later I’m still here because Wagga is a great place to live, and a first class place to bring up kids,” Jim said.

“If you want to be in agriculture there are not too many places that match it.”

Jim started as a lecturer, and during the time the institution has changed it’s name a few times and is now recognised as the Charles Sturt University (CSU).

“There wasn’t a text book on crop agronomy in Australia when I came, so I set about writing it with several colleagues and that still remains the main text book in agronomy,” he said.

With the transformation of the old Wagga Wagga Agricultural College into Charles Sturt University, Jim was approached to take on a greater role in agricultural education.

“Out of the blue, the vice-chancellor at the time rang me up and asked me to apply for the dean’s position,” he recalls. “My application was successful and I was appointed Dean of Science and Agriculture in a new university in 1990, and I had the task of building a research culture to add to the educational scene starting more or less from scratch.” It is obviously with a lot pride Jim looks back over the past 28 years, which he said was quite an exciting time to be part of something – creating a new institution, and trying to establish agriculture as one of the main pillars of the university.

“Which it still is,” Jim pointed out.

“We are the largest provider of agricultural education in Australia, although we are not at the same level as universities who have a century’s start on us, but we are still respected and we do what we can.”

It all started with the study of lucerne after the family farm was sold and Jim found his way into the world of academia.

With evident satisfaction, Jim pointed out CSU is an institution that provides a large proportion of professionals involved in Australian agriculture and a lot of CSU PhD graduates are sought after by research institutions based in the bush.

But he still wanted to note the continuing shortage of suitable graduates for the number and variety of positions available in the bush. “Over the years there has been a lot of complaints about lack of graduates and particularly lack of graduates in the bush,” Jim said. “The data shows very clearly that if you want people in the bush then you should get them from the bush, train them in the bush and they are here for the long term.”

There is no particular field that has more need of graduates than another, according to Jim it’s right across the board.

“I got involved over a decade ago when the university was struggling to get students and industry was complaining bitterly about the lack of available graduates.”

Jim recalls going to see the minister at the time, and his advice from various people within his department was that there was a surplus of graduates and no jobs.

“Which was totally the opposite to what everyone was experiencing,” he said.

Since 2012, Jim reports a 10 to 15 per cent increase per year, and he said it is pleasing to see graduate numbers increasing.