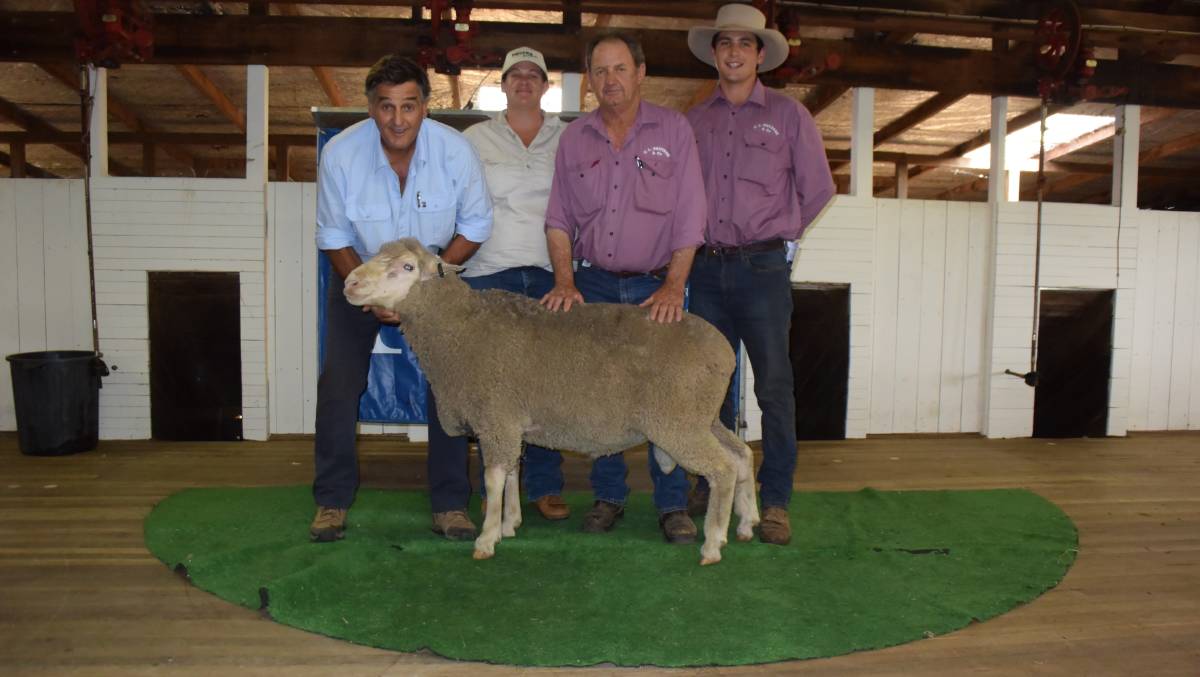 A better average than last year and full clearance for Alfoxton as buyers choose Dohne rams for dual purpose systems.

Repeat and new buyers delivered a better result than last year at the annual Alfoxton Dohne Merino sale on Monday, topping at $3200.

The Armidale stud, operated by Chris and Cindy Clonan, sold all 70 rams and averaged $1975, up almost $450 on last year with the most even line presented in the stud’s 15 years of annual sales.

All rams in this year’s sale were shorn twice and recorded an average wool clip of 6.1kg. All traced their lineage to a grand-sire purchased privately from the Calga Dohne stud at Coonamble which brought a bright crimpy fleece and good carcase to Monday’s offering.

The Uebergang family appreciate the dual purpose nature of their Dohne flock, tending more towards prime lamb production than wool. The family grows their own grain with a focus on finishing their lambs, although this summer is proving frustrating climate-wise with sorghum likely to be baled for hay if conditions persist much longer. 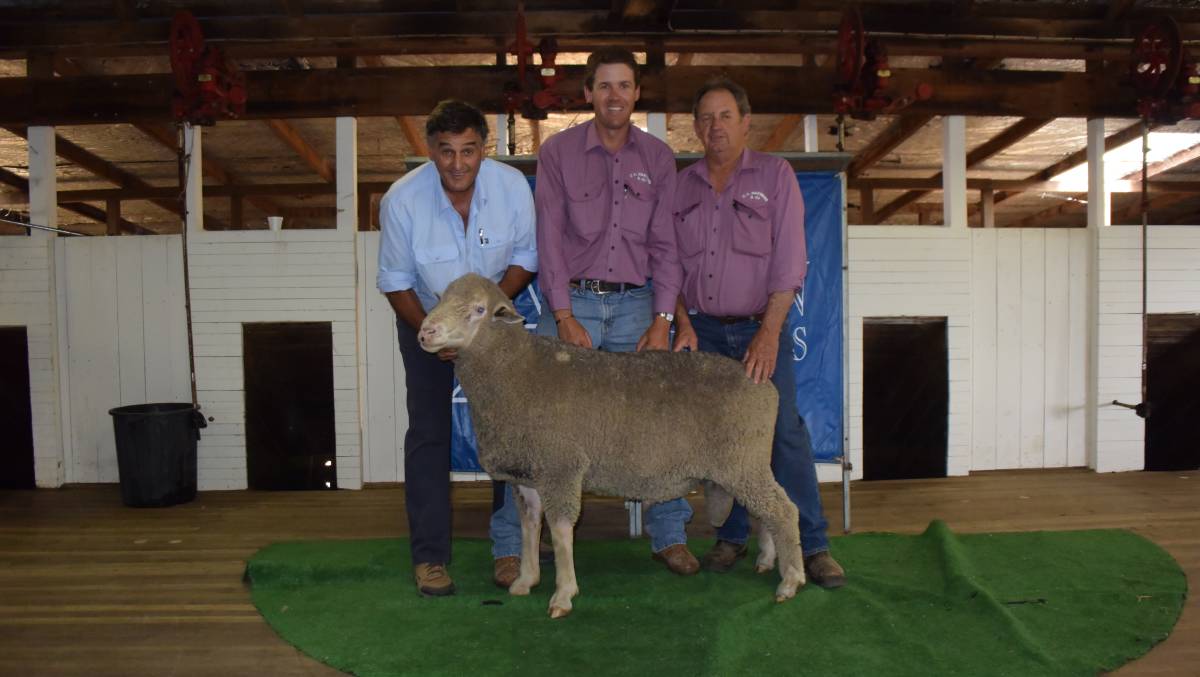 Mr Bucknell runs a primarily Dohne flock and puts 2000 ewes back to Dohne with the other 7000 to poll Dorsets.

“But I am moving more towards pure Dohne because of the wool factor,” he said. “I used to focus on prime lamb but I am slowly building a self-replacing flock of Dohne over Dohne as long as wool remains in a good place.”

The family is moving away from lambs by terminal sires towards a self-replacing flock that is easy doing, fertile and can provide the “best of both worlds”.

Other buyers included repeat buyers the Bishop family, Bando Station Mulalley who bought seven rams paying up to $2200. The Coleman brothers, Bonshaw, bought two rams both for $1800, saying the Dohne prove better doers on their country where Merino can struggle with worms.

Mark Pritchard, Warialda, bought one ram for $2000, saying he ran a full Dohne flock for the past decade and found the breed “more determined to live” with the ability to turn off a lamb for good money while providing a “half-decent wool clip”.

The sale was settled by CL Squires and Co, Inverell, with Robbie Bloch taking the bids.