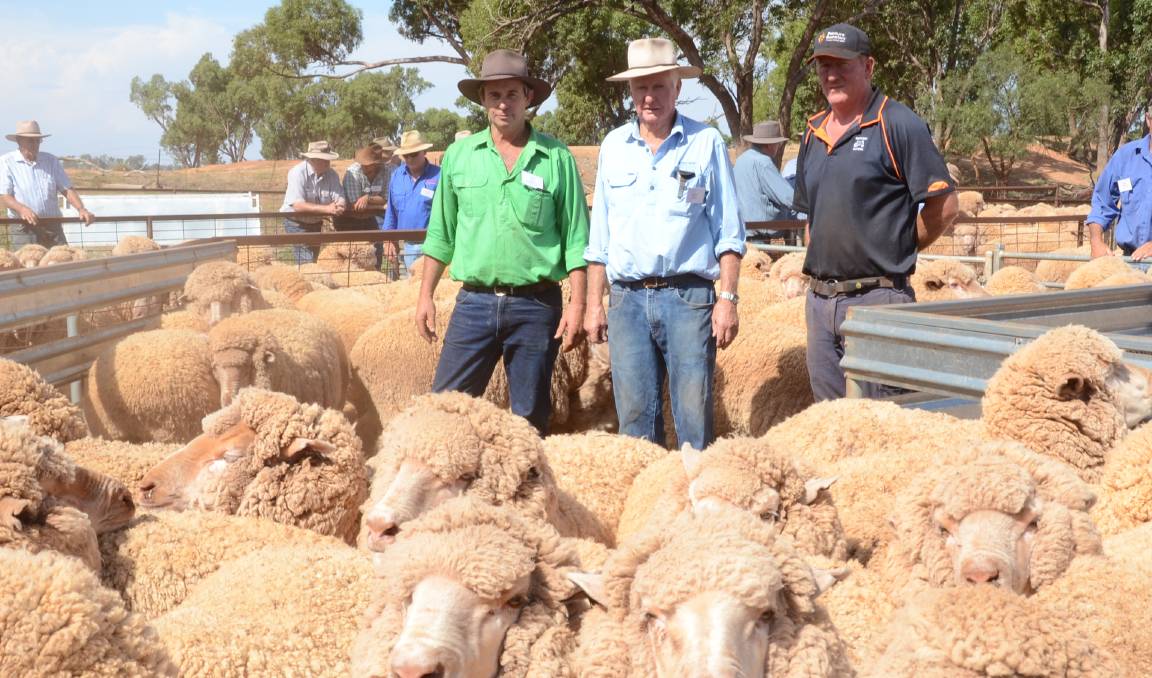 Last year Allen Stuckey told his brother, David, to look out because “I’m coming after you”.

David and sons, Gavin and Tom, of Stuckey Pastoral based at “Corella”, Condobolin, had won the coveted silver Don Brown Memorial trophy for the third successive year after the brothers had split their partnership into two family divisions.

As partners the Stuckey Brothers had gained seven placings including two firsts since 1994, but the awards in recent competitions kept passing Allen and Peter until this year when they won the Condobolin Show Society’s 38th competition with their Bundemar blood maidens classed by Tom Kirk, Condobolin, after being placed third last year.

Peter Stuckey said the maidens were born in the wet winter of 2016 but he was pleased with the way they had come on.

“There’s nothing like a bit of feed down their throats to make them grow and reach their potential and in recent months had access to a bit of grain but not too much,” he said.

“We are pretty happy with our flock’s direction and have also improved our pastures.”

He said they run a fairly large farming enterprise putting in 4050 to 4860 hectares of crop plus breed from 400 to 500 Shorthorn and Angus-cross cows plus join 2500 ewes and try to work it all in together.

The Murtonga flock displayed 531 maidens from a 89 per cent 2016 lambing after classing out 37pc and was the last visit on the first of the two-day fixture.

“They have most things we are all looking for - good structure, good balance, and heaps and heaps of good wool on them,” he said, “plenty of density but nice plain, free-growing bodies.

They were accompanied by associate judge, Sam Phillips, of Yarrawonga stud, Harden, who was sponsored by Moses and Son Wool. 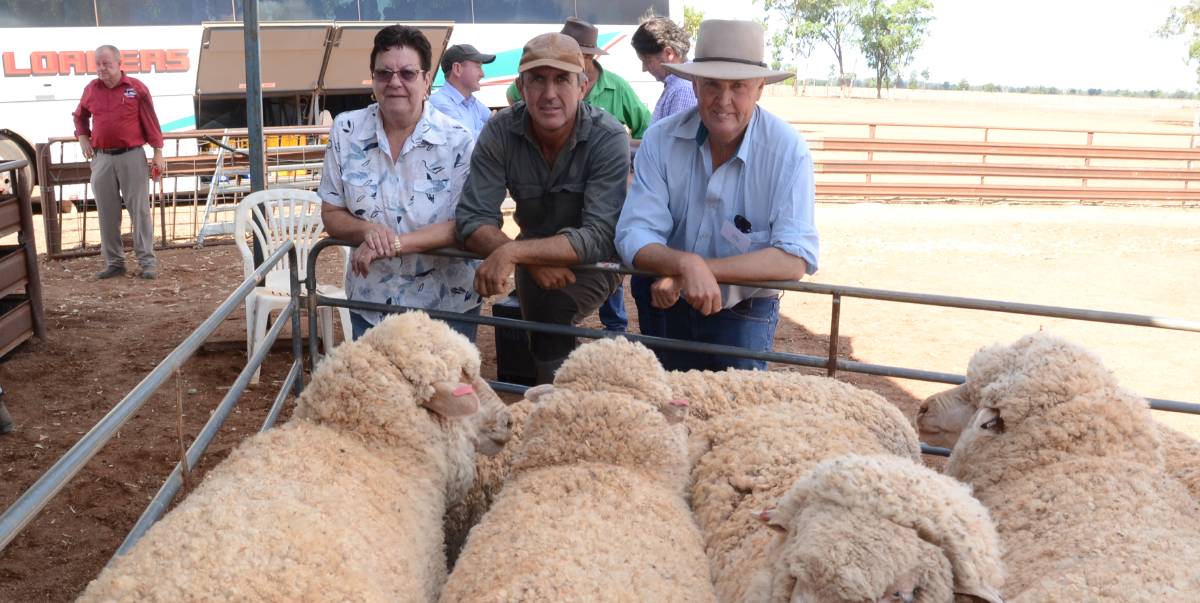 Runner-up flock was Colleen and Fred Donnelly’s “St Omer” flock, Condobolin, which last year was awarded the achievement by a new or improved entry.

Their April-May 2016 drop retained 426 maiden ewes after a 26pc classing by Chris Bowman, Hay, and are using Wanganella and Poll Boonoke blood.

“This is the third lot of Merino ewes that we’ve bred since we got back into them,” he said. “We used to buy replacement ewes and put terminals over them but that got a bit expensive and ewes are hard to find, so we decided to breed our own again.

Peter Capel said organisers had left the best until last on the second day of judging.

“These are a magnificent lot of ewes, they’ve got all the attributes I’m looking for - big, long and well covered. They are correct and a very impressive mob of ewes.”

Ross Ivey said they were well covered with great heads - a wonderful flock and very impressive “showing a big improvement from last year to now”.​ 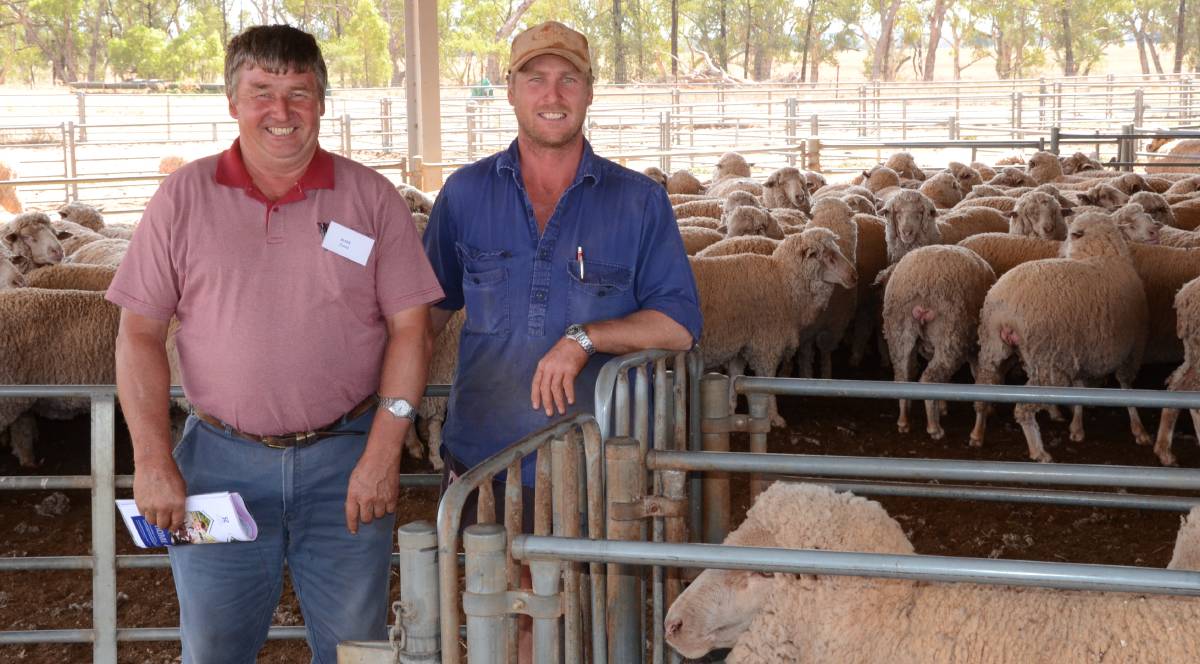 Not placed in the competition since their win in 2011, Mark and Carol Jones and son, Brad, were awarded third place by judges this year with their “Booroola” flock of maiden ewes of Lachlan Merinos blood and classed by the studmaster, Glen Rubie, Forbes.

The big framed and well nourished ewes were March-April drop and were June shorn with 606 retained from the 800 complete drop after 24pc were classed out.

Mr Jones said the lambing percentage in 2016 was 63pc and this had increased to 78pc in 2017, with losses mainly due to pigs either killing lambs or causing mis-mothering.